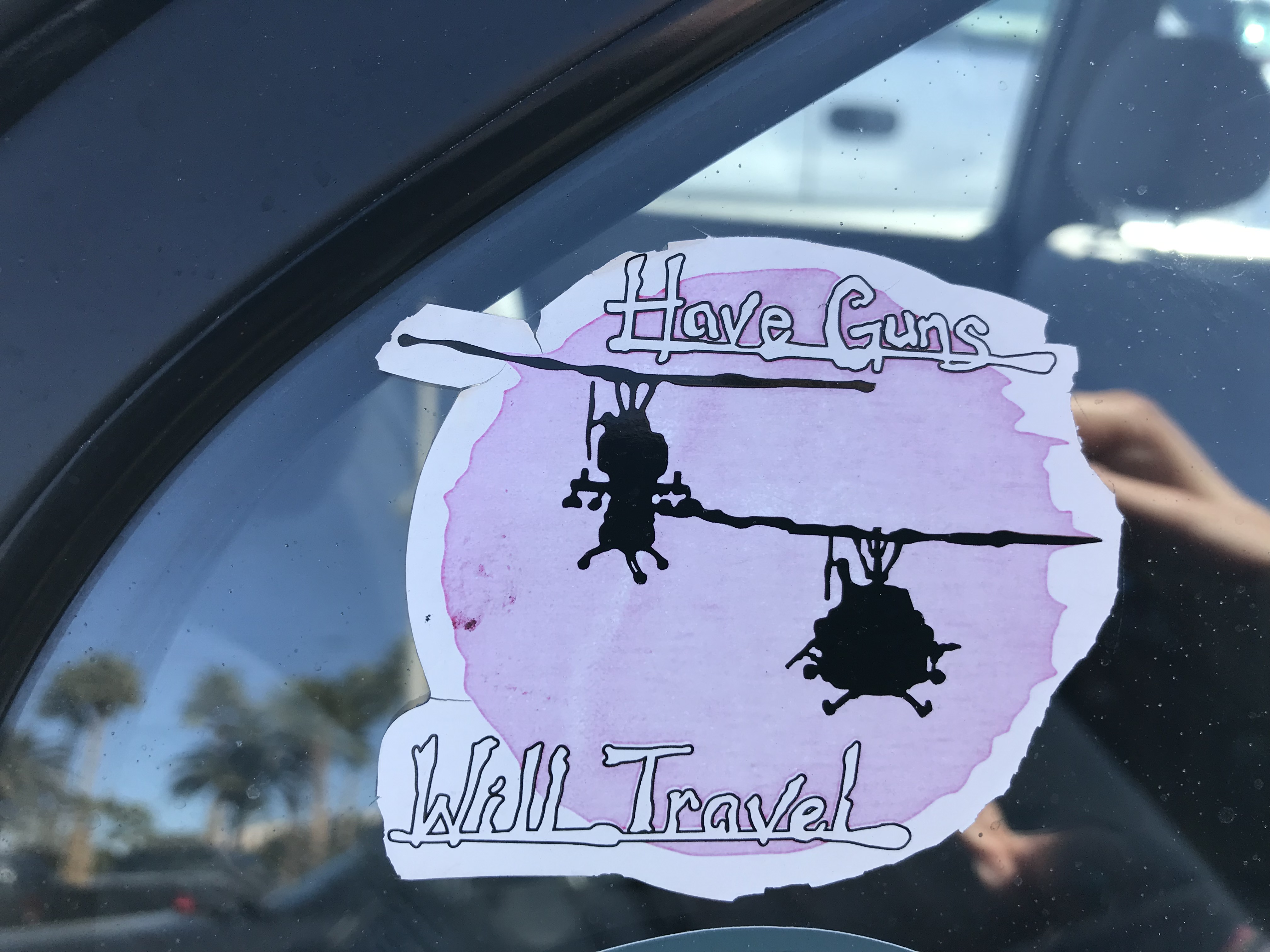 Does last year’s 1 October attack have anything to do with the “Gunrunners” Attack Helicopter Squadron?

LAS VEGAS (INTELLIHUB) — If you are an avid Intellihub reader you may already know that three black helicopters were lurking behind the Mandalay Bay before, during, and after last year’s 1 October massacre.

The three unmarked aircraft were captured on video where they appear to have remained aloft during the entire 10-minute massacre, maneuvering well below the roof-lines of both Mandalay Bay and the Delano Hotel.

In the footage, all three choppers can be seen taking different respective positions in the sky were they remained invisible to radar throughout the attack.

All three of the aircraft were operating without displaying any visible running lights or transponder signals which is a major violation of strict Federal Aviation Administration rules and regulations for the encompassing Class B airspace.

Interestingly enough, while conducting the first leg of my 6-week on-the-ground investigation on Saturday, I happened to witness three flat black unmarked helicopters overfly the Route 91 venue which I am currently tracking for further investigation.

Here is a photograph of one of the three choppers I spotted as they overflew the Excalibur and headed west along Tropicana Blvd at a fairly low altitude around 8:58 a.m.

The aircraft appear to be the UH-1N Huey or some type of variant.

Astonishingly, the three black choppers did not appear on the radar while all other helicopters that were airborne at the time did. The following screenshot was taken at 9 a.m., just two minutes later.

The choppers were nowhere to be found. Any questions?

Here’s where it gets strange

Shortly after, around 10 a.m., I spotted a suspicious vehicle that was parked just across the street from Mandalay Bay that had the logo for the HMLA-269 “Gunrunners” attack helicopter squadron displayed in a window along with several other stickers of great interest.

Here is the actual logo.

And a patch which shows an attack helicopter.

Additionally, on the vehicle’s rear passenger side window, a Marine Aviation and Training Support Group 21 (MATSG-21) sticker was visible.

But the kicker was a sticker which shows two black attack helicopters on it and reads: “Have guns will travel.” This sticker too was displayed on the rear passenger side window of the vehicle.

Another sticker posted below that appears to show a dragon holding some type of missile or projectile. The insignia is from the HML/A-167 Attack Helicopter Squadronout of New River, North Carolina.

Here is the actual patch.

These squadrons use the exact same helicopters which I took pictures of, the UH-1N Huey!

Intellihub will be doing further investigation into this matter and will provide updates as they come.