I wrote an informational piece the other day that triggered some stern criticism. It was a piece that talked about how to make homemade napalm and use common household supplies and 100% legal compounds to create “make-shift” explosives. I expected some to think I had lost my mind so I was not surprised. Like everyone else, I do what I feel is right and try not to worry about consequences. The stakes are too high to worry about getting my feelings hurt.A few people were concerned for me and told me I would be viewed as a terrorist. Others simply called me a terrorist. My reasons for writing the piece was education, because we can not tell when we will need such things. If a revolution happens in this country, war is by its very nature ugly and, I want to be prepared. I think others should be as well. Does that make me a terrorist? In the eyes of our government it probably does, but I have no loyalty to a government that is trying to rewrite the constitution. My loyalty is to my fellow Patriots and to our constitution.

Let me remind our readers of something that many may have forgotten, and others simply might have missed.

President Barack Obama signed two executive orders in 2012 that could literally leave the American people without communication lines and without basic necessities in the case of a national security emergency. 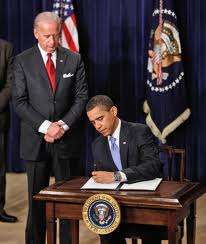 upon a prior order issued in 1950 for Disaster Preparedness, and gives the office of the President complete control over all the resources in the United States in times of war or emergency.

The National Defense Resources Preparedness order gives the Executive Branch the power to control and allocate energy, production, transportation, food, and even water resources by decree under the auspices of national defense and national security. The order is not limited to wartime implementation, as one of the order’s functions includes the command and control of resources in peacetime determinations.” -Source http://ivn.us/2012/07/15/obama-declares-media-dictatorship-in-new-executive-order/

What does this mean? In a case of national security emergency the government could literally claim control of things like fuel, water, and electricity. It gets worse…

The second executive order was signed on July 6th, 2012.

“Without even the faintest toot of a fanfare, President Barack Obama has issued an Executive Order that outlines an extreme level of communications preparedness in case of crisis or emergency, including the ability to take over any communication network, including the internet.” Source: http://ivn.us/2012/07/15/obama-declares-media-dictatorship-in-new-executive-order/

Our government, literally, now has the authority to take control of cellular services, landlines, and the internet.

So what does all of this mean to us? In my opinion it means that we must be prepared. If you think that, if and when civil unrest breaks out, you will be able to log onto Facebook or call your cousin with the military-type arsenal in his basement, you may be sadly mistaken. You may not even have basic necessities like water and electricity.

The natural question becomes whether or not our government is really as corrupt as some think? Or if people like me are simply conspiracy theorists with no facts to back up their beliefs? It’s a fair question.

I would rather err on the side of preparedness than to be surprised if our government turns on the people. There are already clues as to what could be happening. You have to educate yourself and come to your own opinions. Forget the second amendment debate for just a minute and look at other things which many people miss.

and tanks to Egypt. Do you not find it somewhat hypocritical that we are weakening our own military while strengthening others? Forget about the Morsi regime and how malignant or benign they may be. It is still outright hypocrisy, no matter how you cut it.

What about our government removing our Southern defenses? Have you heard about the removal of the SARS system? If not then you owe it to yourself to become educated. Here is a link: http://beforeitsnews.com/tea-party/2013/01/obama-removing-southern-border-radar-defenses-2475794.html

Why are we weakening this border? Some people, like myself, wonder if we are laying out the red carpet for someone to come in. Either way, it can not be disputed that our Southern defenses are now severely crippled.

What about the 1.6 billion rounds of hollow point ammunition that was purchased by the Department of Homeland Security? They claim it is for target practice, but one must seriously question them having enough hollow point bullets to kill every American 5 times over. It should be duly noted that hollow point ammunition is illegal in international conflict, so if those bullets are not for target practice then they may be intended for us.

Evidence is abundant on the internet but the biggest problem seems to be that people will more often than not discount news that is not coming from sources like CNN, NBC, ABC, CBS, and FOX. I will get to that momentarily but I want to give you an opportunity for more reading if you want to look into what could be happening. Check out this WND article that details the story behind the government selling us out.

Are we rolling out the red carpet for China? Or the UN? Is the Muslim Brotherhood involved? I don’t care. There is enough information out there to at least make me entertain the thoughts that it could happen in my lifetime and it could happen soon. If it happens I don’t care who I have to shoot at, make no mistake, I will shoot. If it’s my own government, the UN, Chinese Soldiers, Islamic Terrorists…I really don’t care.

As for trusted news sources? If you will do some research you might find that there are numerous allegations that the government is already in control of the media. Have you heard of Amber Lyon, for instance? She blew the whistle and claims that the Obama Administration pays for some stories to run on CNN and for others to be withheld. Check out this story.

Where does all of this leave us? It leaves us in a very dangerous position if this government is really as corrupt as some believe. This is also the reason we can not budge on our second amendment rights. If they take our guns then we lose everything.

If you want to prepare you might check out a couple of the sources available on The D.C. Clothesline and just make sure you are ready if our darkest fears are ever realized. Please don’t stop there because knowledge is power. If the day comes you may not have access to the internet. You should do your research now.

You can call me a terrorist if you want, but I  am consistent in my writings… no matter how controversial they may be. We will take a defensive posture and be prepared. That is all we can do. If you wish you can continue your studies with the two articles below, and don’t forget to follow us on Facebook.

Prepare Yourselves with a 72 Hour “Go-Bag” by Nathan Hansen