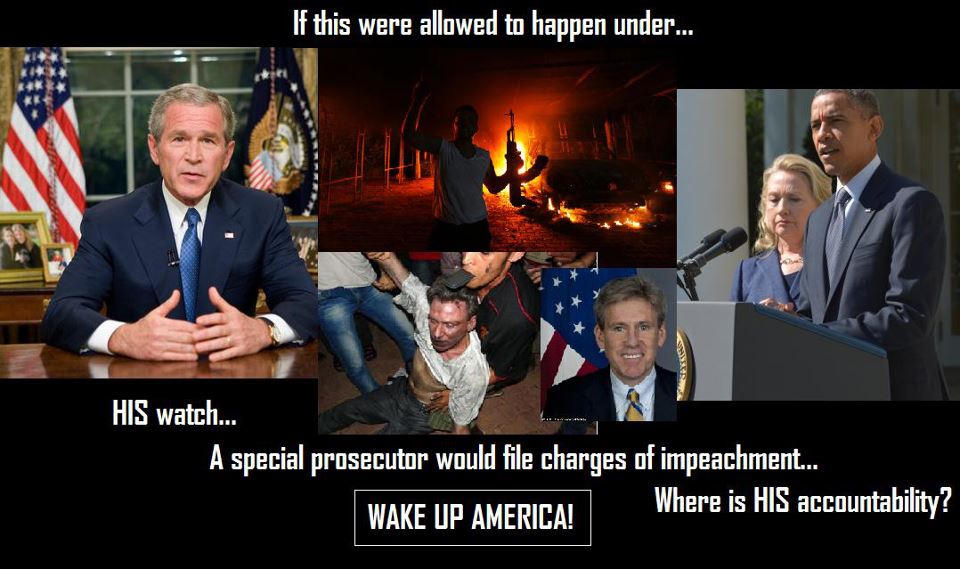 A President who has now arbitrarily granted himself the exclusive power of Executive discretion to assassinate Americans abroad via drone strikes by their having severed themselves from their U.S. citizenship & whom then affiliate with known terrorist organizations & conspire in their planned activities to commit acts of aggression against interests & persons of the United States? Honestly, I don’t care about destroying those who have renounced their citizenship to take up arms against America in the cause of radical Islam. They deserve whatever form of death they invite upon themselves in their betrayal as far as I’m concerned. But any argument Obama or his supporters would use in their plucking the patriotic heartstrings of the American people to win their sympathy at rationalizing & justifying this unparalleled power grab is semantic in contrast to the genuine basis for any reasoning persons source of objection & concern when you consider in whose hands specifically this power would reside!

In a man who has purposefully instilled in millions of Americans by virtue of his own explicitly duplicitous actions, a burgeoning suspicion of where his true allegiance lies? A man who has occupied the highest Office of our Nation & whom – in just over 4 years running – has demonstrated a consistently manifested demagoguery & contempt in his governance towards the Constitutional principles & laws of our Republic with an air of arrogant impunity?

Virtually anyone blessed with the discerning talent of possessing common sense understands that Obama has been a calculatingly unmitigated disaster across practically every region of our society! From national security & defense, throughout every branch of our U.S. military! In Obama facilitating a perceptible incursion of known members of the Muslim Brotherhood into our Government through his own Administration. Obama & his acolytes indiscriminate devastation of our entire economy. Now they wage their subversive assaults upon our freedom of speech, our fundamental religious freedoms, as well as Americans’ 2nd Amendment Right to keep & bear arms. Then there’s Obama being true to form in his familiar role as community agitator, inciting & escalating racial tensions & division at every presented opportunity (a rather inverted feat by the way for someone who was ‘suppose‘ to “unite a divided nation” as was crowed to the American people by his servile Haruk-hai in the liberal media with their messianic portrayal of this sham during his 2008 campaign), to now where we have this amassed repository of one consecutive controversy & scandal of political intrigue after another. Tragically however, some of those scandals of political intrigue have resulted over the multiple deaths of Americans both here on our own soil & abroad in foreign provinces, & the gradually emergent details revealing the abhorrent circumstances by which these Americans met their untimely & senseless fates. 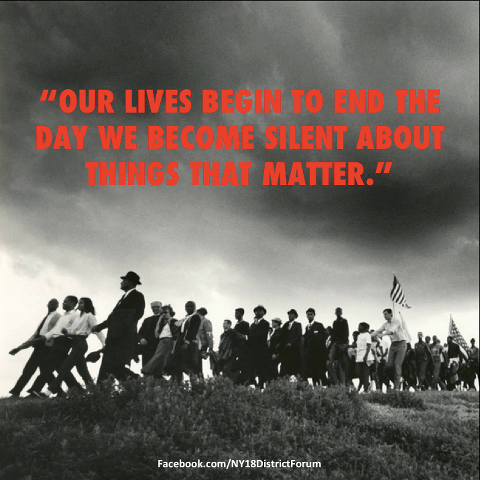 Now, as Senate hearings continue further into their inquiry of Obama’s most recent scandal of political intrigue – that resulted in yet again more American lives lost – in the events leading up to & beyond of the radical Islamist terrorist attack on our U.S. Libyan Embassy (safe-house) in Benghazi which left in its wake the murders of our U.S. Ambassador to Libya & 3 other Americans (2 of whom being former U.S. Navy SEALs), we recently learned from testimonies given by outgoing Defense Secretary Leon Panetta, as well as Joint Chiefs of Staff Chair General Martin Dempsey, not only the alleged reasons why help to our people had not been forthcoming, but also the extent to which Obama oversaw this terrorist attack in his capacity as commander in chief :

General Dempsey – apart from striking me oddly reminiscent a bit of  M*A*S*H’s Frank Burns – didn’t impress me at all or instill confidence in his command capabilities from his testimony. Especially after it was pointed out to Dempsey by Senator John McCain of assessments determining our U.S. Consulate in Benghazi could not withstand a sustained attack, questioning why a response hadn’t been efforted. Dempsey’s rebuttal being that they supposedly never received a request to provide support from the State Department!

Any claims however stated by CIA officials denying that the CIA chain of command on the night of the terrorist attack issued the order twice to CIA operative (& former Navy SEAL) Tyrone Woods to stand down when he sought authorization to assist our Embassy (safe-house) personnel (before his finally disobeying orders, going in anyway, & consequentially losing his life at the end), has since been refuted on FOX NEWS,  in the following video segment from an earlier episode of Special Report With Bret Baier, dated all the way back to October of 2012. Also refuted in this segment is Panetta’s assertion here that they lacked credible “real time” surveillance information of events as they were occurring as being his stated reason why forces weren’t deployed to aid our people throughout the seven hour long terrorist attack!

So where was Obama during the next 8 hours after Panetta initially apprised him of the terrorist attack on our Libyan Embassy (safe-house) having commenced? Some reports I’ve since heard going back a few months ago indicated Obama had gone to bed at some point later on. Can I confirm that? Not really, no. Yet given Obama’s callously dispassionate demeanor, the idea at his having gone to bed while Americans died at the hands of Muslim extremists wouldn’t surprise me in the least bit. Others have their own opinions of Obama & certain members in his Administration:

Yeah. So who do we trust in this ‘not out Government‘ Government?

We’re all acquainted – ad nauseum – with the bogus narrative promoted by Obama & his people for those first 3 weeks following the Embassy attack, attributing an abstruse anti-Muslim video posted on youtube as being the ‘sole’ cause for inciting a “spontaneous riot“, when -in reality -, the true ‘sole’ cause of this attack may be far more insidious in nature as Glenn Beck elaborates in the following clip first aired September 17th, 2012 on his nationally syndicated talk radio program:

In a nutshell, Ambassador Stevens is alluded to being involved in a possible gun running operation run out of our Embassy (safe-house) in Benghazi, passing through Turkey, & going on then to arm Syrian rebels. Further details surrounding this alleged gun running operation were later revealed at glennbeck.com in an October 24th, 2012 expose titled:

Keep in mind, Beck was reporting about this just days after the initial terrorist attack on our Embassy (safe-house) back last September. The genesis of this alleged operation had its beginnings last year following international diplomatic negotiations falling apart after being attempted in an effort to bring the Syrian civil war to end. The parties responsible for being the brain children of this proposed gun smuggling operation were then-Secretary of State Hillary Clinton and then-CIA Director David Petraeus (allow me to note here that in the recent Senate hearing coverage I watched yesterday, both Panetta & Dempsey testified during their testimonies they each had supported this operation when it had been presented to them. There’s a point here I’ll expound on in a minute). Further details explaining this operation can be read at the following link in a February 7th, 2013 article at The Wall Street Journal online:

The article is titled: “Obama Blocked Rebel Arms; White House Opposed Pentagon, CIA, State Plan to Ship Weapons to Syrian Resistance”, & goes on to report the White House ‘stalling’ the proposal out of concerns over a matter of who’s who among the ranks of the Syrian rebels & apparently not wanting to ‘risk‘ putting weapons into the hands of potential Al Qaeda operatives. Y’know tho’, given that everywhere else in the Middle East Obama has involved the United States over these past couple of years is currently under Sharia law, I find the sincerity behind this purported ‘concern’ being juuust a bit disingenuous! Ok, putting it in more universal terms we can all understand, I think this expressed concern is Bullshit.

Now allow me to focus on the point I said I’d make here a minute ago in relation to this gun smuggling operation I’ve already explained both Clinton & Petraeus had devised. Listen carefully to the following clip of Senator Rand Paul grilling outgoing Secretary of State Hillary Clinton during her January 23rd, 2013 testimony to the Senate Foreign Relations Committee:

This woman is loathsome! Loathsome AND hideous! “Unsatisfactory leadership is not grounds for finding a breach of duty”? Then what the Hell does?? I guess getting Americans killed, BUT even ‘that’ isn’t guaranteed to be enough to get you canned apparently. Does that not bother you too just a bit? It’s awfully convenient too Clinton’s willingness to accept responsibility now that she’s no longer Secretary of State! I would’ve gotten a shamefully gratifying sense of satisfaction tho’ had someone thrown their shoe at some point & nailed this sadistic bitch dead square in her face & wiped that smug expression from that repulsive mug of hers! That was pissing me off as much as her sitting there lying through her teeth to Rand Paul as he questioned her about there being any U.S. Involvement in the procuring & transferring of weapons to Turkey out of Libya. The one area I disagree with him on however, is of suspecting her of bad motives! This repulsive woman’s motives are nothing but ‘bad’ !

~”I got Americans in Benghazi killed smuggling guns to Al Qaeda rebels in Syria, AND I got away with it!”~

Yet aside from Clinton’s denials at her hearing last month, Senator Paul after yesterdays testimoney from Panetta & Dempsey, had this to say on the matter:

Earlier today on his radio program, Beck posited this hypothesis behind Panetta’s testimony yesterday as being a cover for Obama:

So who do we trust?

Obama’s overall approach to this – what was a clearly preventable tragedy in Benghazi – is pretty endemic of the Executive style he has exhibited & shown throughout his entire Presidency so far to date. A marionette disaster by design whose strings are long overdue to be cut & Obama left to fall in a crumpled disjointed heap in the middle of the stage at this the beginning of his 2nd act! It’s absolutely unnerving at what is being allowed to happen to us!

Personally, I believe we all quite possibly could be witnessing the first ever attempted overthrow of our Nation.

So who do we trust?