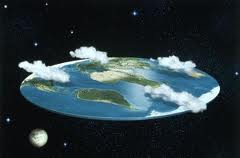 People are, by nature, not very open-minded. Unless we can see, hear, smell, taste, and touch something it’s just not real to us. My belief is that this happens by our conformity within a society that wants to keep us “dumbed down.” But, rather than get into that particular conspiracy today, I want to offer a few current realities that would have been claimed “impossible” by the masses a few short years ago.

MAN WILL NEVER BE ABLE TO CONTROL THE WEATHER…

Are you aware that the Chinese were able to create artificial snowstorms in Beijing, just a few short years ago? Before you discount this as more conspiracy theory, let me tell you that this quote is direct from time.com. Yes, that’s Time Magazine:

“Everybody complains about the weather,” the old saying goes, “But nobody does anything about it.” That is, until now. A Nov. 1 snowfall in Beijing — the city’s earliest since 1987 — is due, Chinese scientists say, to a campaign of “cloud-seeding” to encourage precipitation. If true, it’s the wettest success yet in a long-standing effort to bring moisture artificially to the parched northern regions of China. So how’d they do it? -Source: http://www.time.com/time/health/article/0,8599,1934090,00.html 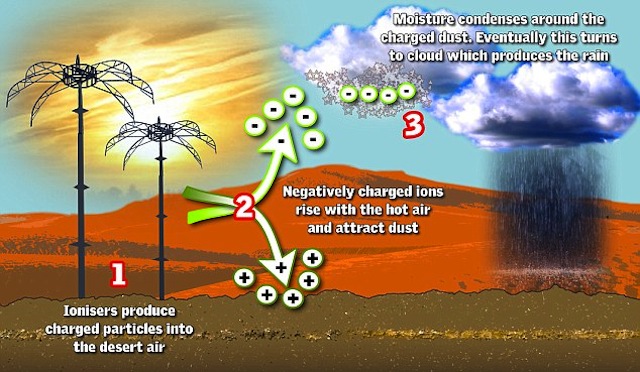 Technology has come so far these days that scientists can make it rain in the desert:

Discussions of weather control technology used to be limited to the hushed gossip of conspiracy theorists, but it turns out the conspiracy theorists were right (again). Today in Abu Dhabi, scientists have successfully manipulated entire weather systems, causing up to fifty downpours of rain across the Al Ain region the desert nation over the last year. Source: http://www.naturalnews.com/030998_weather_control_Abu_Dhabi.html

Why am I thinking about scientists creating weather? Well, we are seeing a blizzard-condition storm called “Nemo” that is being touted as the “Storm of the Century” by some. There is an alternative under-current of whispers associated with this storm. Some believe that the storm is a classic “misdirection” that is being used and manipulated by our own government to take our focus off of what is actually happening behind the scenes.

I have seen no proof of anything so I will simply state my case in the following fashion. Yes, I believe that science could have created this. If you can make a few snowflakes fall, you can make a massive amount fall. It’s all about adjusting the formulas. That does not mean that I believe the government created this storm, but I am telling you that if they did, it would not surprise me. Keep an open mind and always question.

SOME SAY THAT “MARTIAL LAW” THEORISTS ARE CRAZY…IT WILL NEVER HAPPEN IN THE U.S.A.

It already has. Whether or not you believe the federal government is corrupt enough to enforce martial law conditions all over the United States, would it surprise you to know that it is already happening in some parts of the country. The mainstream media has turned a blind eye to these stories but that does not mean the stories are not real and credible. I live in a small town of 8,000 or so people. If I want to know what is happening in my town I go to the local paper and not CNN. There have been local stories that CNN has picked up and some that they have not. That’s America. Well let me quote another small town paper from Paragould, AR where martial law is already in place:

In response to a recent increase in crime, Paragould Mayor Mike Gaskill and Police Chief Todd Stovall offered residents at a town hall meeting Thursday night at West View Baptist Church what could be considered an extreme solution — armed officers patrolling the streets on foot. 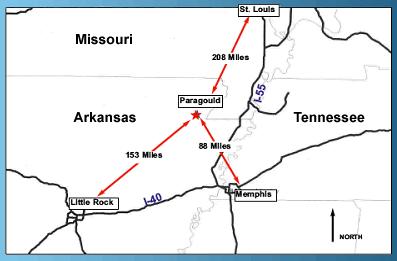 Stovall told the group of almost 40 residents that beginning in 2013, the department would deploy a new street crimes unit to high crime areas on foot to take back the streets.

Stovall said while some people may be offended by the actions of his department, they should not be.

“We’re going to do it to everybody,” he said. “Criminals don’t like being talked to.”

“They may not be doing anything but walking their dog,” he said. “But they’re going to have to prove it.” -Source: http://www.paragoulddailypress.com/news/armed-task-force-to-patrol-streets/article_ad540ce1-ccd7-5637-b410-1659fc8eae0b.html

I will grant you…this is not the federal government declaring a full state of martial law, but we must ask ourselves why the mainstream media and civil rights groups aren’t all over this story. I will be perfectly honest. I didn’t find out about this until today. The story is almost two months old.

I am sure if you suggested to residents of Paragould, AR a year ago, that they would be under Martial Law in 2013, many would say you were crazy. Those that agreed with you would possibly suspect the federal government before their own local authorities. Make no mistake, if this can happen there, it can happen where you live as well.

I want you to try to be as open-minded as you can at this point and try to answer this question honestly. If I would have told you three years ago that helicopters and armored vehicles would be training for urban warfare in major metropolitan areas, within the United States of America, would you have believed it? I wouldn’t have. That’s an honest answer. I would have said you were crazy. Why? I’ll tell you why. Because the government knows that they are opening themselves up to serious liability in case of an accident that harms civilians. For them to make this move is a serious statement.

If you look at what is going on it not hard to figure out that there is a sense of urgency. Our military just does not do these sort of things. They don’t play war games in our streets. A lot of people have been reporting the helicopters that are flying over Miami and Houston but how many people know that these choppers have been spotted over at least 20 major cities? And how many people know that the training has not only been from the sky. It is also on the ground with heavily armored vehicles. Check out this video from St. Louis:

For those of you who think the “Blackhawks” have been isolated to just a couple of cities, do some research, but here is another video you can check out, of war games happening over Minneapolis:

Consider this U.S. Marine who was taken away by the FBI and placed in a mental hospital. No charges were filled. Listen closely to the interview. Thousands of people disappear in the same manner, and a large percentage of them are American Veterans.

Today it has been my goal to add to your collection of facts. You do not have to accept my belief that our government has plans to incarcerate hundreds of thousands of Americans under pretense of Martial Law. These are the conclusions that I have come to upon my own careful research and review of facts. If you are a regular reader of The D.C. Clothesline you have no doubt seen many investigative pieces, from me and my fellow authors, that at the very least, raise serious questions.

It is for you, my friend, to look at what is going on around you and come to your own conclusions. Look at the articles. Watch the videos, and then you can either accept or reject my advice.

My advice? It is time to prepare for the worst! I believe it is coming and coming soon. Do not surrender your second amendment rights and by all means you should start preparing.