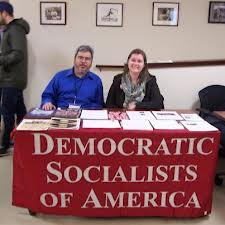 We’ve all likely heard the comments Nancy Pelosi made yesterday, but if you haven’t…

“We have to recognize that, which cuts really help us and which cuts hurt our future? And cuts in education, scientific research and the rest are harmful, and they are what are affected by the sequestration. So, it is almost a false argument to say we have a spending problem. We have a budget deficit problem that we have to address.” -Nancy Pelosi on “Fox News Sunday”

I will be brutally honest. I am sick and tired of trying to debate words spoken by leftists in our country, and rather than take the “high road” approach to respond with common sense, I think it is more important to expose these people for who they really are. 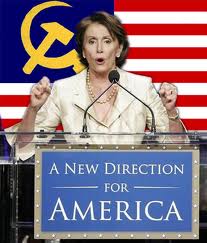 Sure, I could do what many others are doing and simply debate the topic. I could win the hearts of average people all over the country by stating the obvious. If my family can’t afford something, we simply have to do without it. We are forced to keep our spending in check. This is known as “responsibility.”

But to tell that worn out story would be a disservice to our readers. Our readers deserve to know the truth. It is time to start looking at why our elected officials say the things they do, because if you can understand the source of their beliefs, you will start to understand how much trouble America is actually in. It goes way beyond a financial crisis.

So the gloves are off Nancy Pelosi. Keep spewing your leftist propaganda and let’s talk about who you really are.

But even more interesting than the Barbara Lee connection is Pelosi’s long-time friendship and association with Vincent and Vivian Hallinan, one of the most radical left-wing families in San Francisco over the course of five decades.

Pelosi hailed them as “one of San Francisco’s great Irish families” in a March 17, 1999, statement, after the passing of Vivian Hallinan. “Vivian was a pioneer, a mentor and a leader,” Pelosi said. “Our community was blessed by her presence and will long remember her many significant contributions to improving society. I will miss my friend, Vivian.”

Notice use of the term “mentor.”

But these causes included support for communists in Central America during the 1980s, when Soviet- and Cuban-backed forces were subverting Central America through violence and terrorism and fighting for control of the region.

Indeed, Pelosi paid tribute to Vivian Hallinan by inserting into the Congressional Record an article saying that she had “opposed U.S. policy in Central America” under President Reagan, had “befriended Daniel Ortega, Nicaragua’s [Communist] Sandinista leader,” and had met with Cuban dictator Castro.

“She was a role model for many of us,” Pelosi said. “If Vincent was the lion, Vivian was the lioness.”

“My mother and Nancy were pretty close,” acknowledges Conn Hallinan, one of their sons. Source: http://www.aim.org/aim-column/speaker-pelosis-controversial-marxist-connections/

Ever Heard of The Democratic Socialists of America? Oh wait, I don’t think CNN reported that story…

The Socialist International is a world-wide socialist organization. Their own website states as much. They claim to be a “…worldwide organization of social democratic, socialist and labor parties…”

The Democratic Socialists of America (DSA) is the biggest socialist organization in this country and it is the principal affiliate of the Socialist International. These folks are against the “evil” of “private profit” (read that wealth redistribution) and “race and gender discrimination” (read that in favour of homosexuality) among other things. You can read about them Here but I wouldn’t recommend reading their stuff before breakfast.

At this point, many will be tempted to say “Well, that’s interesting, but so what?” The “so what” of it is that you just might want to check to see if your congress person is a member of this socialist group. There are over fifty congress persons from several different states that belong to this organization. They come from all across the country, from Vermont, New York, and Massachusetts to California and Arizona, and from notable socialist enclaves in between, such as Illinois–the midwestern socialist paradise. Remember, these people in Congress are opposed to “private profit” (except for their own). They want all that is detrimental to these United States because they have some fuzzy Marxian theory of a “classless society” (with themselves in the top class), and they will verbally (for now) tar and feather anyone who dares to disagree with them as an “extremist.” They claim to have a vision for a “more free, democratic…society” which really means that they want complete freedom to propagate their socialist dogma while restricting your right to oppose it. To grasp that fact, all you have to do is look at some of these recent town meetings where union thugs have been showing up to discourage those who want to question why these people are so anxious to shove Obama/Sotero’s “health plan” down our throats. Their “more free” society goes in only one direction–theirs!

And now we come to Nancy Pelosi, Speaker of the House of Representatives. This is the “lady” who has said, in regard to your firearms “We want them registered.” As you have probably guessed by now, Ms. Pelosi belongs to the Democratic Socialists of America. Folks, your Speaker of the House in Washington is a socialist. Think about that. And, as for socialists in high places in our federal government, it is hardly the first time, although your “history” books tell you little of any of this. Ms. Pelosi and her socialist buddies in Congress will not, I repeat not, vote to or enact legislation that in any way favours true liberty or free enterprise. As socialists they are committed to removing such things rather than preserving them. You can get a list of the congress people that belong to this organization off their website

According to columnist Cliff Kincaid, Ms. Pelosi also has lots of “interesting” friends. One of them is Rep. Barbara Lee, a fellow congress person from California and a vocal apologist for Red Cuba. As head of the Congressional Black Caucus, Lee recently took a delegation to Cuba to meet with Castro and his brother. According to Mr. Kincaid: Lee “began her career in the California state legislature as a secret member of the Committees of Correspondence for Democracy and Socialism, a spin-off from the Communist Party. As a member of the staff of Rep. Ronald Dellums, Lee was shown to have been collaborating with communist officials on the island of Grenada, according to documents captured after the liberation of the island nation.” Why wasn’t she tried for treason with such evidence? Well, the same reason Bill Clinton wasn’t impeached by the U S Senate. The feds have no real interest in prosecuting those among their own number who are guilty of anything. Just let it all slide and maybe the problem will be forgotten. Did these revelations of Lee’s Communist connections bother Ms. Pelosi? Not on your tintype! In fact she and Rep. Lee have a mutual admiration society going that almost rivals that between Karl Marx and Abraham Lincoln. Source: http://www.albensonjr.com/pelosi.shtml

There are a few sources, of many available, that set up my “common sense” response, but I am not sure it will be viewed as common or sensible. I don’t care. I have been researching extensively and it is my belief that our government is infiltrated by those who are seeking to destroy capitalism, destroy the constitution and destroy the republic.

They are more than just common socialists. Socialism paves the road for communism. Communism lays the ground work for what Patriotic Americans most fear…a tyrannical government that will squash our freedoms forever.

So why would Pelosi try to downplay the problem of “government spending?”

Well my opinion is that she is one of many who are trying to guarantee the collapse of the dollar. If our economy collapses then the RED carpet is rolled out for the future of communist America. I believe her comment was nothing more than communist conditioning and spin tactics. She is trying to deflect our attention from the obvious problem.

If we start to look at connections of our lawmakers, then we can start to dissect their comments, and determine why they say certain things. My belief is that you are the company you keep. Is this just another case of communist propaganda? I believe it is exactly that.

My response to Pelosi?

The masses may be fooled but we will expose you. 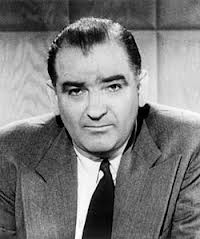 Senator McCarthy was not crazy, but he was ahead of his time. If you don’t believe a word I am saying, please watch the following documentary. It will open your eyes to what is happening now in an attempt to destroy America. Watch Agenda: Grinding America Down