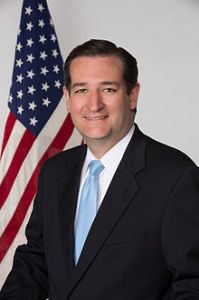 As I was watching Special Report With Bret Baier on FOX NEWS a couple of days ago, I happened to see an interesting segment that had Baier reporting on the recent uproar Tea Party backed U.S. Senator from Texas Ted Cruz has engendered in his political Maverick style approach to the ‘business as usual Washington style politics’ D.C. is infamous for. I saw this story echoed again the next day on Fox & Friends too. Apparently Cruz has ruffled some feathers & rattled some cages in his no holds barred approach to his job. So much so that he has even begun drawing comparisons from liberal media critics likening Cruz to Joe McCarthy & that age of McCarthyism of the early 1950’s.

This comparison results from his recent grilling of Obama’s pick for Secretary of Defense Chuck Hagel during a confirmation hearing held January 31, during which Cruz – having previously made a point of highlighting Iran’s expressed support of Hagel as Defense Secretary – further elaborated this point by questioning if Hagel had received possible financial compensation paid to him for any speeches he may have given to extreme or radical groups as detailed in the following excerpt taken from, trailblazersblog.dallasnews.com, in an article from February 14, 2013 by Reporter Todd J. Gillman titled,  “Democrats paint Sen. Ted Cruz as latter-day McCarthy over Hagel insinuations”;

~”On Tuesday, as the Senate Armed Services Committee approved the nomination on a 14-11 party line vote, Cruz suggested that Hagel – a former Republican senator – has taken money under the table from adversaries.

“We do not know, for example, if he received compensation for giving paid speeches at extreme or radical groups,” Cruz said before the committee vote. “It is at a minimum relevant to know if that $200,000 that he deposited in his bank account came directly from Saudi Arabia, or came directly from North Korea.”

Cruz demanded financial disclosures from Hagel covering five years, three more than required, asserting that without that, the “only reasonable inference” is that “there was something in there that they did not want to make public.”~ 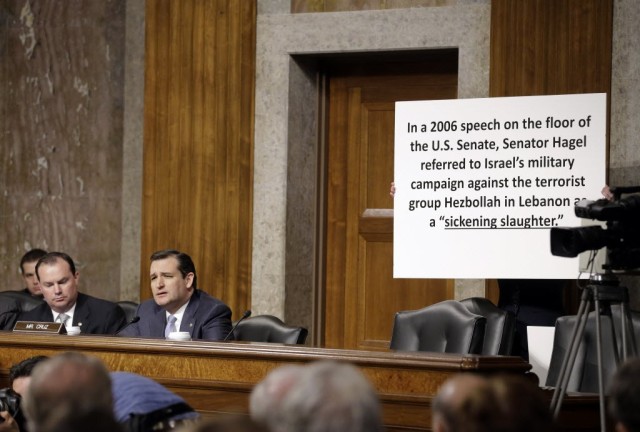 Cruz’s methods drew the ire of Florida Democrat, Senator Bill Nelson, as this next excerpt from the article illustrates;

~Sen. Bill Nelson, a Florida Democrat, chastised Cruz for violating standards of “comity and civility that this committee has always been known for….To question in essence whether somebody is a fellow traveler with another country, I think is taking it too far….You basically have impugned the patriotism of the nominee.”~

Ok, well if I had any reservations or doubts in the grudging admiration & respect I’d once conceded previously to having for Cruz, those reservations & doubts are effectively (at least for the time being anyway) suspended. I like this guy! I like too that he’s pissing off all the right people! I like that he’s bucking the status quo of this nest of arrogantly corrupt political ruling class elitists our Government has been usurped by!

Ironic too judging by recent headlines at Breitbart.com;

It’s pleases me to see the Democrats & Republican RINO’s expressing their umbrage & indignation. It pleases me to see those gutter sniping character assassin Uruk-hai of Obama’s State run liberal media wringing their hands & fretting themselves into a lather! It pleases me to hear their hypocrites whining because of one man who is actually living up to the campaign promises he had pledged to his constituents! As if that is an unspeakable crime unheard of in the absurdly incestuous environment which exists in the bubble shared by both this perverse media & these venal politicians! Do these iniquitous idiots not even have a grasp as to the image they project to the people who must live here in the real world outside of their insulating bubble that separates them from us? Do they have no concept whatsoever?! Their abject disconnect from reality is incredible! Then we wonder why we have no leadership in our country.

And of these politicians who do we have? John McCain? Yeah, the Republican RINO who practically prostrated himself at Obama’s feet throughout his 2008 Presidential campaign! Sentencing our nation to 8 years (if we’re lucky) of this narcissistic despots subverting our Constitution, subjugating our basic freedoms, our civil liberties, & getting Americans killed then deliberately engaging in malfeasant cover-ups to hide his own criminal negligence!

~”Senate Watchdog” ~ Likes To Fetch Pencils During Her Down Time~

Then we have Claire McCaskill. The Missouri Senator who laughingly refers to herself as a “Senate watchdog” & “fiscal conservative”. Yet – ironically – she had no issues with all of the shady backroom deals & swindling that went into passing Obamacare (which she also supported too by the way).  It’s interesting to listen to her rant from atop her soapbox, oblivious to her own scandals that involved missing campaign contributions in the amount of $277 thousand, back taxes & penalties owed in the amount of $320 thousand, as well as using tax dollars to fund campaign trips in her private plane.

Needless to say I could sit here & rattle off indefinitely over the varied indiscretions of these various politicians who have repudiated Senator Cruz for his simply having the integrity of character to stand head & shoulders above this rat pack of rats & buck their establishment system. Bottom line is that the real problem with Ted Cruz is that there’s only one of him & we don’t have a whole regiment of Ted Cruz’s to send to Washington! America needs more men (women too) like Cruz! If his being compared to Joe McCarthy (a man I’ve begun to think was a visionary way ahead of his times given the state we’re in now today) is the worst they can throw at him, then they all need to do themselves a favor, sit down, & just shut the Hell up!

These politicians who live in their glass houses, throwing rocks from their front porches have overstayed their welcome many of them. When they’ve held an office for almost 3 decades & become much wealthier in that time than they otherwise could manage on a Senator or Congressman’s salary alone, something is seriously wrong. Especially as the wealthier they become, the poorer off our nation gets. So that effectively neuters any message they could muster to argue for a case in their deserving re-election.

As Democrats have already begun their ridiculous hyping of Hillary Clinton for their potential Democratic nomination for President in 2016 (I don’t get how anyone could seriously endorse such a hideous human being as Clinton & show their face in public), I’m beginning to think I’d like to see a Rand Paul/Ted Cruz ticket myself. 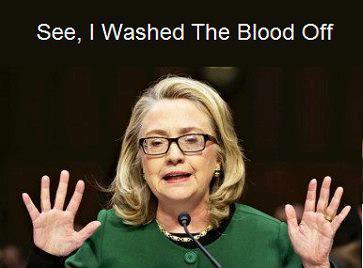