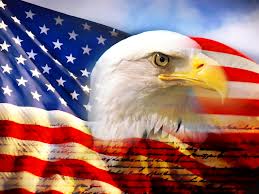 When those entrusted with the mantle of Government, empowered by the Will of The People, usurp or abuse such power, it is the duty of The People to annul any vestige of authority bestowed. Abrogating such bonds should not be taken lightly or dissolved carelessly. However, the Living Principles of the Constitution mandate that each generation be good stewards toward the inheritance endowed to successive descendants. As such, the Offices and Titles provided in the Constitution of the United States of America are greater than any person to whom it is briefly granted.

Whereas, we The People hold sacrosanct that the Constitution was the cornerstone upon which the United States of America was built. The formation and continuance of a tri-lateral Government is essential to balance the powers entrusted by the People. The principle tenet of our Government is to provide the sovereignty and security of a nation which affords to The People the opportunity of prosperity. Thusly, we The People may avail ourselves of the unalienable rights: Life, Liberty, and the Pursuit of happiness.

Whereas, the United States of America is a Republic, which is established on the principle of democratically electing representatives to conduct the matters of Government. Each branch of the tri-lateral Government possesses authority and responsibility to perform the duties assigned to each. Abdicating the power given to each branch in favor of partisan politics is a breach of trust with The People.

Whereas, only by the collective union of States does our Federal Government derive its legitimacy as a nation. States are sovereign unto themselves, enacting laws desirous to their citizens for the quality of life they wish to enjoy. The Federal Government is meant to work as a common thread in the union between the States. The relationship between the Federal and State governments has seemingly devolved to lord imposing its will on subjects.

Whereas, the bicameral Congress embodies the strength and will of The People; entrusted to perform the duties as described in the Constitution. Among these duties is a responsibility to manage fiscal concerns. Further, a moral imperative dictates wise, frugal use of the monies provided by The People. Fraudulent and injudicious use of these monies currently endangers the general welfare of the United States. While members of Congress concern themselves with partisan politics and lesser matters, a crushing, unsustainable debt grows exponentially. Those complicit in furtherance of irresponsible, wasteful endeavors stand accused of high crimes and misdemeanors.

Whereas, the Executive branch provides a managerial position for the Government. The length and breadth of this branch is to put into action the decrees and edicts from the other branches. Though some autonomy is afforded the Executive branch, it is not a position given despotic authority. As such, this branch does not have legislative authority. Usurpation of authority by Executive decree is tantamount to a treasonous act.

Whereas, the Judicial branch affords The People justice. The effectiveness of the Judicial branch can only be measured by its impartiality, non-partisanship, and supreme understanding of the Constitution and law. Activism and partisanship have found their way into this branch, perverting the system. The Constitution provides that Justices shall hold their offices during good behavior. Though lifetime appointees, they are not immune to impeachment and removal by Congress.

Whereas, the citizens of the United States of America understand there is an obligation to pay taxes for the benefits of this nation. These monies are belong to The People given in trust to be utilized appropriately and frugally.

Be it Resolved that adhering to the foundational concepts of the Constitution may avert the disastrous course on which we currently find our nation. With genuine, fervent desire, we implore you to follow the articles below.

– Return to the edicts and principles of Constitutional Government or our Republic.

– Both the House of Representatives and the Senate must present a budget within 60 days.

– Allow “sequestration”, however, the first cuts will be those of Congress, President, and their staff. No salaries or benefits will be paid until the budget is approved. Eliminate all expenditures for travel and security arraignments outside the area. The personal salaries of members alone would save taxpayers almost $1.9 million per week.

– Reduce salaries for all members of Congress, President, and staff. Freeze pay levels until national debt is reduced to at least half of national spending.

– Repeal the General Accounting Act of 1921 and remove Executive branch from budget determination. OMB would report directly to Congress.

– Remove all Czar appointments from Government. If there these positions are necessary functions of Government, Congressional vetting must occur.

– Reduce the size and scope of government. The Federal Government has overextended itself on commitments. The national debt clearly demonstrates the Government cannot afford the services it offers. No entitlement is immune from reduction or elimination.

– Eliminate institutional entitlements. Assistance should be a hand up, not a hand out.

– Suspend U.S. Foreign Economic Aid. It is appalling that other governments are buying up our debt while we send them taxpayers’ money.

The purpose of this declaration is not to foment violence. It is the sincere desire that those granted the privilege of service to The People adhere to the precepts of the Constitution. However, continuing on a path of authoritarianism will necessarily result in dire consequences.

Please show support to a fellow Patriot by visiting Anthony’s blogsite at http://www.exmaninblues.wordpress.com Thank You Anthony for sharing this with the readers of DCC. It is an amazing piece of work. -Dean