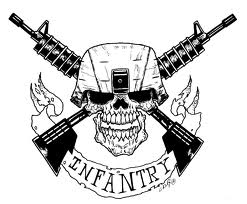 Note from Dean Garrison: I had a young man come forward to share his thoughts. He is active duty infantry, currently deployed to Afghanistan. For obvious reasons I don’t want to mention his name. But I do want to share what he wrote in a personal email. I think we need to understand that most young men and women of our military support us 100%. Thank you my friend for your service to this country. We will not ever let your service be in vain. If you are willing to have your thoughts featured in The D.C. Clothesline, drop me an email at [email protected] An email from an American Soldier follows:

“We need to realize that we are the minority here. Most people are either against us or just want to live their daily lives and do not want to get involved. Even of those who support us, we still have a large portion which only passively support us and may not actively join in until a revolution is completely underway. So with this in mind we must prepare for the worst. Meaning we need to prepare for the worst outcome… being large amounts of division among supporters and only isolated pockets of actual organized resistance cells with a majority of supporters looking out for their families.

What I have in mind is something that is no small task. Seeing that there are millions that are united by the fact that we feel a revolution is necessary, but are still divided. We need to unify or basically find a way to get all our supporters to unite under one flag. Even if we manage to establish several larger organizations, there is still division in the way we approach the matter and our agendas may interrupt each other. If there is a way to find these groups and contact their leaders, we can explain our ideas and all of us get on the same sheet of music. We can get these leaders to unite under one banner and establish a well developed network, as well as our group of  “founding fathers of the revolution” so to speak.

With that we will need to establish leadership and a chain of command.  A way to identify our representatives, our political figures, militia leaders, advisors, strategists, etc. Now i have already told you that I am not a political man. I have no idea how or where to begin on the political end so I feel I would be of more use on the military end of things. Once we can gain unity we can begin to establish a way in which we organize our militas. For fear of compromising anybody or putting anybody in jeopardy I propose that we do not keep any “by name” records of militas or milita leaders. However, we cannot not avoid and it is actually completely necessary that we have “faces” of the revolution. Meaning that the founding fathers must be a group of people who realize that their exposure will both strengthen the revolution’s backing as well as put them at risk of being targets. So we need people who are dedicated to the cause not just half-heartedly in.

I realize that our goal is not to incite a full-blown war on american soil, however I do not see that those in question will step down without being forced or overthrown. That is why I say pray for the best, but prepare for the worst. If we can get them to step down through political pressure then so be it (this will require a huge amount of backing from the public via petitions or even submitting our own Constitution again with large public backing). No matter how different our opinions are from others we should not wish to kill our own brothers. However, if martial law is declared then that may be unavoidable. This is a delicate matter; if we strike (politically) too soon or too hard it will not persuade those on the fence to join us, and if we wait too long then more laws will be enacted and the oppression will gain the upper hand. That is why I propose that if, martial law or the president declares a public emergency under the John Warner Defense Authorization Act , we use this as our shit hits the fan line. We must expedite our militia movement and organization and abandon our hope for a peaceful resolve, at least temporarily.”