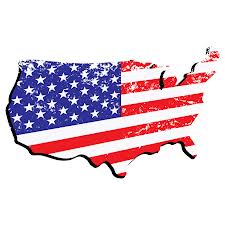 Share
Tweet
Share
Pin
Greetings. Please bear with me, as I have a few thoughts as to the state of our Union and may not be as fluid as some of your contributors.

My Bio in a nutshell:

I agree with much of what your contributors have written. Since the mid 1990’s I’ve observed and planned for the response to the gradual decline of our society. As of late I feel as though our country is dramatically picking up the pace towards our inevitable fall. History explains this quite clearly and even though we say to learn from history and history repeats itself..No one really thinks it will happen.

My observations of the average American. While deployed (12 between me and my wife) and on my return to the States (every time), it was clear that Americans have zero appreciation for our country and the basics a free nation provides. Average Americans are consumed in their bubble and their lives of reality TV. Even the educated and well traveled do not recognize or acknowledge history, examples of current failing nations, poverty, war and our same path turning towards these failed political systems and societies.

What average Americans don’t realize…once they “realize”, they’ll be affected and it will be way too late. Many won’t have the balls to stand up regardless and it’s too late anyway.

I recently finished Benjamin Franklin’s Autobiography. I still find it fascinating… our county’s transition to independence and how heavy the English influence weighed. We have to ask ourselves when enough is enough. With it being this late in the game, the outlook is not good. At some point real leaders will have to make themselves known and pull Americans together…Americans willing to take back the “Constitutional Republic.”

A couple of the articles on your site prompted me to get a refresher on the Declaration of Independence. The majority of facts supporting the “King of Great Britain” and his tyrannical rule are unmistakably mirrored by our current President. That alone should get people off their ass.

My current state of mind finds it laughable we debate individual political issues. Our politicians have gone completely off the rails. Even when presented with factual information our politicians and news media outlets ALL will flat lie, deny and at least manipulate the data. (obvious point I know) Consider the CBO and recent administration false hoods and flat ignoring factual information. Truth doesn’t matter to any of them and at this point a large population of average Americans are completely clueless or don’t care.

At a time when the President’s approval ratings on any one issue averages 35% (except war on terror 60%)…Yet the media says his “overall” approval is 65%. I don’t know anyone who openly talks about the President and the awesome job he is doing. Where the hell are these supporters of his? I am completely dumbfounded. We’re taking a stroll through socialism on a direct path to communism. It’s all made up B.S. and none of the right people are doing the right things.

I appreciate your site and everyone’s GROUNDED opinion. It’s not often you can have a discussion about a tyrannical government before someone screams “extremist” or “conspiracy.”

My hope is the reclamation of the “Constitutional Republic.”