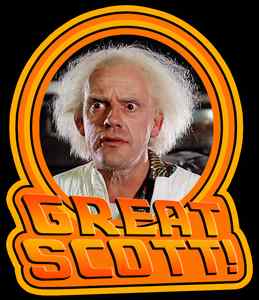 America is under siege! That is truth. A truth that has never been made more manifest than it has during these past 4 years in this wake of a subversive incursion of treasonable insurrectionists who have literally seized control of our Government. They’ve operated under a bogus pretense to lull the masses, projecting a false appearance of the ‘business as usual politics’ Washington has become renowned for in the decades long piecemeal groundwork that has been prepared & laid in paving the way for what has now become a thinly veiled usurpation. But as Barack Hussein Obama has become increasingly emboldened in his overreach by the chronic failure of the opposition Party to hold him to any accountability whatsoever, we’ve begun to see for ourselves the extensive breadth & scope in the nature of this corrupt iniquity Government is ruled by & which exists in pocket cells all across our nation.

We’ve all known for years there are those of our own media who have been complicit towards enabling & aiding the coming storm of this insurgency. Especially during the ascendancy of this transgressor in our White House back in 2008 throughout Obama’s first campaign for President. The sycophancy the drive-by media exhibited in their blatant partiality of Obama was astounding in its total lack of any credible & critical objective & equitable coverage of the man. Yet having no hesitation in their savaging of Sarah Palin. Done by those who have – in my belief – exploited & abused the agency of the press & media to advance a seditious political bias by deliberately misinforming & misleading the American people through varied schismatic narratives steeped in deception, distortion, & outright lies. They either ignore & censor those opposing details & views they perceive as being detrimental to the peripheral cause underlying the narratives of their coverage or else they viciously marginalize & malign any dissenters in unconscionable character assassination hit pieces. Going so far as to report false accusations as legitimate news & altering video footage to help substantiate & lend false legitimacy to their erroneous assertions. Lacking even a shred of journalistic ethics, or integrity in the process. Yet these persons – the usual suspects of the Obama propagandizing media -evade accountability too, camouflaging their own treasonable culpability behind the aegis of the 1st Amendment.

America is under siege. Admittedly its been going on for a long time, but having reached a fever pitch & culminating finally in the arrival of this previously obscure & unaccomplished Chicago manufactured political dilettante. Still, it’s perplexing at the extent of the turmoil & havoc Barack Hussein Obama has been permitted to get away with when you consider the number of scandals, controversies, & dead Americans he has engendered in the churning wake of his Presidency so far to date.

Even when Obama’s caught in a criminal cover-up trying to obfuscate the details of the circumstances which led to the deaths of 4 Americans where the gross dereliction of duty by both himself & those in his Administration has been shown horrifically evident. But yet they get away with it! And people wonder at what we can do about this rogue Government when these ‘elected’ Representatives of the opposition Party we have refuse to act. Yes, they refuse to act! What other explanation can there be in the face of so much obtrusive & conspicuous malfeasance committed by this illegitimate community organizer not qualified or skilled enough to manage a chain of 7-11’s much less hold the Office of the Presidency?! I don’t even care anymore what the political motivations are driving the GOP’s fear or RINO complicity to enable this intolerable vacancy of leadership. With marginally few exceptions, they’re ALL derelict in upholding their sworn Oaths to the people of our Republic. I can understand & relate to exactly what Limbaugh was saying when he recently came out stating that for the first time he was ashamed of his country. I’m just surprised it took him this long.

Anyone who’s been paying attention to the news lately -in between the agonizingly interminable coverage of the Olympian double amputee in South Africa accused of killing his girlfriend we hear about ad nauseum- is familiar with the situation fueling Limbaugh’s consternation. It stems primarily from all of the sensationalized hoopla centering around the looming sequestration deadline & the reported wave of shameless fear mongering being spurred along on the hot air of both Obama & his rank & file subordinate Democrats in their efforts to paint the GOP Congress as the sole culprits of this approaching ‘alleged’ catastrophe. While I do believe the GOP establishment inclusive in the blame for their part at encouraging & enabling this pervasive culture of corruptive dysfunctionalism holding Government in thrall, the brunt of liability for this sequestration debacle however, can be handed back to Obama. Even Senate Democrats have conceded as much.

As columnist Wayne Allyn Root points out in the following excerpt from his February 23, 2013 article at Townhall.com titled, “Obama’s Sequestration Scam”:

~”The economy is in freefall. Gas prices are skyrocketing.Walmart calls their sales “a total disaster.”

But don’t panic. Our fearless leader Obama is just back from a “Swing State”…you know, the kind of place where you work on your golf swing. He was consulting on the economy with Tiger Woods and Butch Harmon. While Michelle was playing in Aspen. You wouldn’t accept this storyline if it was a fictional movie script. Too unrealistic.

This country under Obama is becoming one big scam. A Ponzi scheme. Obama is the guy running the Ponzi, playing the role of Bernie Madoff. But the mainstream media is his accomplice.

Exhibit A is the so-called Sequestration. It was the Obama administration that gave us the sequestration. Even Bob Woodward the famous investigative journalist says, “The Sequester was Obama’s idea.”

Now Obama gets back from his tough golf weekend with Tiger and claims sequestration is the end of the world. Funny, Obama never mentioned…it was his idea. He never mentioned that the specific Obama lackey who created the idea was Jack Lew– who Obama has just nominated to become Treasury Secretary.

That’s right- sequestration is such a bad idea, causing such an economic crisis, that Obama is rewarding the guy who thought it up by putting him in charge of the entire U.S. economy. Where are the screaming headlines in the mainstream media pointing out that Obama is the world’s biggest hypocrite?

To make this Saturday Night Live skit even funnier, Obama the man of the working people, the man of the middle class, first picked a tax cheat, Tim Geithner, as his first term Treasury Secretary. Then for his second term, he picked Jack Lew- who invests his money in a Cayman Islands fund housed in the building that Obama has called “the greatest tax scam in the world .”

With guys like that in charge of the economy and our tax system, it sure sounds like a Ponzi scheme to me.

Isn’t it odd how of those people Obama appoints to crucial positions, they always more of a detriment than a benefit to our nation?

Yes, great Scott indeed. More fabrications from Obama? Say it isn’t so. More like bald-faced lies spoken straight through his teeth & told right to the face of the American people. Again! I think we’re becoming conditioned tho’ under the relentless onslaught of this Obama malaise eating away at our country from the inside out to simply accept this reality as rote. Face facts folks. We have a pathological liar for President of our United States. That’s the best case scenario, but I think we all instinctively know it’s much worse than that.

Especially if we were to go by just the body count alone wracked up by this spurious enigma crapped out of the polyp infested bowels of Chicago politics.

So as the hearings on Benghazi drag out -still with no true accountability placed for the egregious lack of leadership & oversight-, with folks left wondering where Obama was during those unaccounted for 8 hours throughout the terrorist attack on our Libyan Embassy/Safe-House that left our U.S. Ambassador & 3 other Americans murdered by radical Islamist terrorists, now we’re hit with this conveniently timed apocalyptic sequestration crisis. To go hand in hand with other of Obama’s various manufactured crisis’s in his demagoguery towards overwhelming the system. Yet as I’ve heard speculated, the long term Democrat strategy behind their disgusting lies & fear mongering of this whole sequestration ploy is geared towards re-taking the House in 2014 & Obama reinstating Nancy Pelosi as Speaker of the House (I’d heard today on FOX some pundit already allude to Republicans losing the House in 2014 over this if they don’t cave-in to Obama). This is intolerable! There’s no other term to define these people by other than as Traitors! Every single one of them! The depths they’ll sink to in their lust for power is outrageous!

It’s not enough they relegate the American people not just to the back seat but shoved in the trunk in their deference & pandering for those here in our country illegally! It’s not enough that they feel they can shred with impunity the Constitution (& by extension our inalienable freedoms & liberties) with their subversive legislated power grabs, but they commit arrogant treason doing so, & arrogantly believe themselves untouchable by the elitism their status in Government affords them…At our expense!

Countless people across this country are asking out loud where we’re heading as a country under these circumstances. Many are distraught over a variety of concerns. Just look at the headlines:

The Department of Homeland Security ordering billions of rounds of hollow point ammunition.

TSA Agents recently traumatized a 3 year old child confined to a wheel chair for God sake in just another link of a long chain of abuses! That doesn’t just make me angry it infuriates me! That’s not the first incident of their harassing & targeting of Americans either! What the Hell’s wrong with this picture?!

Taking a high road approach isn’t going to help us against radical extremists. We’re dealing with a seriously entrenched threat that isn’t going to tolerate being voted out of their power. These extremists (& make no mistake, these people are extremists) are not just going to go away after making the in-roads they have over so many decades into our society. People are wondering out loud what it’s going to take to get us through this & return our nation back to some semblance of normalcy.

I’m going to tell you the 2 things it wont take. It wont take having our 2nd Amendment Rights stripped from us & it sure as Hell isn’t going to be done with civil dialogue!