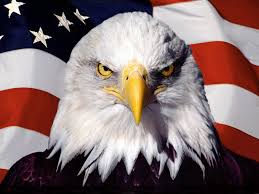 In today’s America, each man has to search his heart and soul to be sure of what he believes and why he believes it. Most people who voted for Obama, of course, do not do this, being happily content to follow blindly along with whatever their Dear Leader says. But when a man has made that determination of belief, and then looks at his country and what it has become, that man has to further search heart and soul to determine what he is going to do about it.

People being what they are, most will do nothing in the hope that someone else will take care of the problem. Most people are full of righteous indignation at the crimes of Obama. They want something done. But they can’t do it because they can’t afford to miss a day of work. Or little Timmy’s baseball game is tomorrow. Or Little Sally has to get braces. Or a hundred other little excuses that people use to convince themselves that it can’t be them that takes action.

People today want something done, but they will risk nothing to do it themselves. They are not going to risk losing their jobs, their house, their car, their comfortable lifestyle. But I wonder just how many people know what happened to many of the signers of The Declaration of Independence. Those men risked everything, and I do mean everything, because they believed in America.

Just so you will know: Five signers were captured by the British as

traitors, and tortured before they died. Twelve had their homes ransacked and burned. Two lost their sons serving in the Revolutionary Army; another had two sons captured. Nine of the 56 fought and died from wounds or hardships of the Revolutionary War.

They signed and they pledged their lives, their fortunes, and their

sacred honor. What kind of men were they? Twenty-four were lawyers and jurists. Eleven were merchants, nine were farmers and large plantation owners; men of means, well educated. But they signed the Declaration of Independence knowing full well that the penalty would be death if they were captured.

Carter Braxton of Virginia, a wealthy planter and trader, saw his ships swept from the seas by the British Navy. He sold his home and properties to pay his debts, and died in rags. Thomas McKeam was so hounded by the British that he was forced to move his family almost constantly. He served in the Congress without pay, and his family was kept in hiding. His possessions were taken from him, and poverty was his reward. Vandals or soldiers looted the properties of Dillery, Hall, Clymer, Walton, Gwinnett, Heyward, Ruttledge, and Middleton.

At the battle of Yorktown, Thomas Nelson JR, noted that the British General Cornwallis had taken over the Nelson home for his headquarters. He quietly urged General George Washington to open fire. The home was destroyed, and Nelson died bankrupt. Francis Lewis had his home and properties destroyed. The enemy jailed his wife, and she died within a few months. John Hart was driven from his wife’s bedside as she was dying. Their 13 children fled for their lives. His fields and his gristmill were laid to waste. For more than a year he lived in forests and caves, returning home to find his wife dead and his children vanished. A few weeks later he died from exhaustion and a broken heart. Norris and Livingston suffered similar fates. Such were the stories and sacrifices of the American Revolution.

These were not wild-eyed, rabble-rousing ruffians. They were soft-spoken men of means and education. They had security, but they valued liberty more. Standing tall, straight, and unwavering, they pledged: “For the support of this declaration, with firm reliance on the protection of the divine providence, we mutually pledge to each other, our lives, our fortunes, and our sacred honor.” They gave you and me a free and independent America. In all good conscience, if we love our country, can we risk any less today? I think not.

The history books never told you a lot about what happened in the
Revolutionary War. We didn’t fight just the British. We were British subjects at that time and we fought our own government!

Today another fight against the government is looming. A fight to determine the fate of Freedom in this nation. Some famous dead person once said, “A rose, by any other name, is still a rose.” If that

Our government has set proceedures to get rid of criminals in office. They have not done this even though there is more than enough evidence to convict Obama. That means it is going to be left up to us, the people. We are going to have to do it if we want our country to retain Liberty.

There is an old saying that resistance to tyranny is the truest obedience to God. I am one who believes this. And because I do believe it I am prepared to pay any price, bear any burden to assure the survival of Freedom in the land that I love.

What do you believe in, Americans? What do you stand for? What will you risk when this fight is forced upon us? What are you going to do?

The Bible has always been a source of comfort and strength for me. I hope God won’t mind too much if I paraphrase a verse from Joshua: But if serving the Lord seems undesirable to you, then choose for yourselves this day whom you will serve, whether you will serve as slaves to those who destroyed your land and stole your freedom, or whether you will serve Liberty, Justice, Mercy and Truth. As for me and my household, we will serve America.”

But there is another reason that I am prepared to risk all. That reason is my Father. He was a private in World War Two, like

millions of other men. He fought at Normandy, The Battle of The Bulge, and the Hurtgen Forest. He helped to liberate one of the Concentration camps. He fought honorably and was awarded a Purple Heart for wounds sustained in combat.

He was a simple man, not well educated. After the war he came home, got a job, married and had two children. But my Father taught me many things, among them things like responsibilty, honor, duty, and love of country.

He passed away long ago and I am glad that he is not here to see America as it is today. My Father would be saddened and ashamed of what we have let America become. My Dad, the Hero who helped to save the world, did not go through the horror of World War Two to see this nation degrade itself like it has.

The Fifth Commandment reads: “Honor thy Father and thy Mother.” I will Honor my Father. I will do what he would have done in my place. I will fight a monstrous tyranny to preserve Freedom in the world for all Americans.

What will you do?

Thank You Jim for a wonderful and uplifting read. I will stand with you my friend. If you would like to share your thoughts with the readers of The D.C. Clothesline, please email me at [email protected] -Dean Garrison