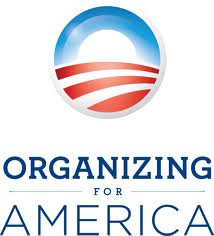 After the 2012 election was over Barack Obama morphed his campaign apparatus, Obama for America, into a non-profit, tax exempt 501(c) organization called Organizing for America so that he could continue to use his campaign contacts to raise money to promote his liberal agenda.

And now we are learning that Barack Obama is selling access to the White House to Organizing for America.

But those contributions will also translate into access, according to donors courted by the president’s aides. Next month, Organizing for Action will hold a “founders summit” at a hotel near the White House, where donors paying $50,000 each will mingle with Mr. Obama’s former campaign manager, Jim Messina, and Mr. Carson, who previously led the White House Office of Public Engagement.

Giving or raising $500,000 or more puts donors on a national advisory board for Mr. Obama’s group and the privilege of attending quarterly meetings with the president, along with other meetings at the White House. Moreover, the new cash demands on Mr. Obama’s top donors and bundlers come as many of them are angling for appointments to administration jobs or ambassadorships.

Major donors will have frequent meetings with the president at the White House and because Organizing for America is a 501(c) it doesn’t have to disclose its donors, meaning nobody will know who the hell is meeting with the president for what reasons.

This is quite hypocritical considering that while running for president in 2008 Barack Obama promised to end the influence of lobbyists in Washington and bemoaned all the money in politics.

MSNBC, while not coming out and condemning this decision, can’t even defend it:

This just looks bad–it looks like the White House is selling access,” Todd said Monday. “It’s the definition of selling access. If you believe money has a strangle hold over the entire political system this is ceding the moral high ground.

The left-leaning group which was influential in passing the partially gutted campaign finance law, Common cause,  had much more harsh words about this news–they want Organizing for America shut down:

If President Obama is serious about his often-expressed desire to rein in big money in politics, he should shut down Organizing for Action and disavow any plan to schedule regular meetings with its major donors,” said Bob Edgar, president of Common Cause, which helped pass the 2002 campaign finance law.

“With its reported promise of quarterly presidential meetings for donors and ‘bundlers’ who raise $500,000, Organizing For Action apparently intends to extend and deepen the pay-to-play Washington culture that Barack Obama came to prominence pledging to end,” Edgar said.

This certainly seems like a pay to play scheme to me and once again we see that Barack Obama’s rhetoric doesn’t match his actions.