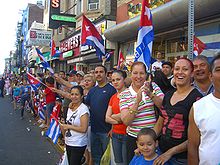 I grew up admiring my mother’s brother, my beloved uncle, Arnoldo Cueto.

Uncle “Arnie” lived in the Cuban section of Union City, in New Jersey, and would often come to visit us in Brooklyn. My family used to say that I looked a lot like uncle Arnie, and truthfully, I was proud of it! Whenever he came over to visit, he would say in Spanish to my dad: “Hey you! I’m taking your son to McDonald’s for some anti-Communist indoctrination…is that ok?” My dad would chuckle because he knew very well what that meant…

My uncle was a brawny, sharp-dressed guy with wide shoulders and a great laugh. His self-confidence would immediately fill whatever room he entered. He had a quiet, serious, penetrating gaze that would make some people uncomfortable. Ah yes, and he obsessively hated communists! If you’ve ever seen the movie “Scarface” when Tony Montana says that he would “kill a communist for fun,” then you’d know what I mean.

I was a little boy who loved to eat…so whenever we went to McDonald’s he would LOUDLY say with a thick Spanish accent: “so you tell me, what does my American nephew wanna eat today, eh?” I knew the drill… “Uncle Arnie, I’ll take a cheeseburger meal…” He would LOUDLY answer: “why you wanna cheeseburger meal, for the toy? If you were in Cuba you would be dreaming of having a Big Mac, so go ahead and order two Big Macs because we’re in America.” So I would order the Big Macs and wait for what was coming next. Sometimes what came next was something like this (imagine the thick Spanish accent):

“Hey, counter lady…Jou ever bin ouside of the Jounited Estates?” Before she could answer he would already be jumping in: “Jea, das righ… Is good to be een America- Jou get to eat whatever jou want, and de goberment eben gib jou money to buy eet! Isn’t dat great?” If the person hesitated, he would say something like: “Wha? Jou don’t agree lady? Hwhy? Are jou a communist or something, eh?”

We would sit down and he would begin to tell me his stories about the days when he was a revolutionary soldier for Fidel Castro and the dangers of Communism. Once in a while, he would interrupt what he was saying, giggle and say: “Jou like de Big Mac, eh? Good, good…enjoy it my son. Enjoy it! At least here jou don’t have to have a ration card or be worried that some chivato (rat/informant) would tell on jou for eating a banana from jour backyard!”

I now realize that my uncle added real substance to the saying: “eating with a vengeance!” He was awesome, and he was a proud American! 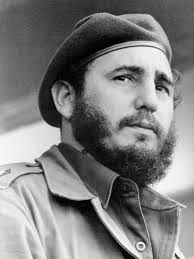 After Fidel Castro won the revolutionary war in January of 1959, he set one of his generals- Che Guevara, to be in charge of an old military fortress called “La Cabaña” in Havana. For five months, “el Che” oversaw the public, revolutionary tribunals and executions of “anti-revolutionaries.” Uncle Arnie was a Cuban peasant who barely finished elementary school- but the fact that he wasn’t illiterate, gave him status in the revolutionary army, teaching the masses of soldiers who could neither read nor write.

Uncle Arnie reached the rank of “Sergeant of Arms” for the Revolutionary Army and worked under “el Che” during the public mock trials. “Sargento Cueto” was in charge of a firing squad for executing “anti-revolutionaries.” An “anti-revolutionary” was anyone who seemed to have been in favor of the Batista regime- and as long as there were people who would “testify” against the accused, no further “due process” or investigations were necessary. Basically, if you were called to the “trials,” you had already been marked for execution or a lifetime in a Cuban gulag.

Uncle Arnie believed in the Cuban “Revolution,” but everything changed one day when a group of “anti-revolutionaries” were brought to him for execution. He was out in the yard of “La Cabaña” with his squad as usual, waiting to serve revolutionary “justice,” when suddenly, a group of elderly women, a few pre-teens and a pregnant woman were brought out.

“Where are the anti-revolutionaries?” Sergeant Arnoldo Cueto asked. “These are the traitors my commander!” the young soldier answered. Sergeant Cueto stood there with his dark, penetrating eyes staring at the young soldier, who began to shed a cold sweat for fear that he had made a mistake. “Soldier! I said, WHERE ARE THE ANTI-REVOLUTIONARIES!?” At that point, a Lieutenant came out to the yard. “Attention!” someone ordered as the Lieutenant entered the premises “What seems to be the problem Sergeant Cueto?” As he stood at attention, Sergeant Cueto responded: “My Lieutenant! Where are the anti-revolutionaries?”

The Lieutenant stood still for a moment, but then with what seemed to be a slow-motion gesture he pointed to the elderly ladies, the children and the pregnant woman: “There! There the TRAITORS!” At that moment, the young Sergeant Cueto had an awakening- it was as if the years he had spent fighting in the jungles of the Sierra Maestra mountains were all just a dream. Or perhaps, it was now that he was dreaming…a nightmare. But whatever was reality or illusory did not matter now…Sergeant Cueto had a conscience that had still not been desensitized or completely neutralized by the Cuban cult of personality.

Cueto’s life flashed before his eyes… His mother, sister, wife, cousins…ALL considered him a hero! A liberator! Now, he was about to order the execution of women that looked like his grandmother…his mother…his future children… his pregnant wife!

Cueto stood there- wordless, perhaps for the first and last time in his life. This time the Lieutenant was seething in anger as he pointed to the anti-revolutionaries, “Sergeant…THE TRAITORS!” The young Sergeant Cueto cleared his throat, took a deep breath, looked at the lieutenant with his deep dark eyes- and with the courage of a thousand men said- “No, my lieutenant!” I am a SOLDIER! I AM NOT A MURDERER!” Immediately Sergeant Cueto was arrested and dragged inside the fortress to be detained…and beaten.

Sergeant Cueto’s ribs were broken, his face deformed, his teeth knocked out, and his beard pulled with bare hands…Cueto was not a Christian, but on that day he had a lot in common with Christ:

”I offered my back to those who beat me, my cheeks to those who pulled out my beard; I did not hide my face from mocking and spitting because the Sovereign LORD helps me, I will not be disgraced. Therefore I will set my face like flint, and I know I will not be put to shame.”- Isaiah 50:6-7

Sergeant Cueto served almost 5 years at the prison called “Prision Modelo” off the coast of the Cuban mainland, where he was constantly beaten and humiliated. After he was released, he was able to leave the country with a visa to Spain, and then from Spain, my mother and grandmother worked to bring his whole family to America. They worked night and day- sometimes even triple shifts, in order to save their family from the grips of Communism.

Some international and alternative news outlets covered a recent story that reminded me of the ever-increasing, unique challenges of our day. 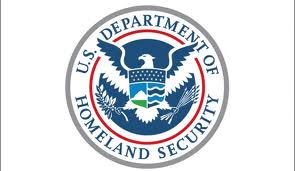 As a Bible-believing, traditional Christian, I understand the Government’s role in keeping order and safeguarding the well-being of it’s citizens (Romans 13:3-4). Sometimes the “lines” between right and wrong can become blurry- no one is perfect! Which is why we need to pray for our government- But when a branch of the government that is supposed to keep us safe from terrorism, is purposely training to kill the elderly, pregnant women and children…“WITHOUT HESITATION, then there’s a problem, and we should be, at least… concerned.

In addition to praying, the Church has the prophetic responsibility to “sound the alarm” (Ezekiel 33) and make known to all, especially those who “wield the sword” (Romans 13:4) when we’re becoming desensitized toward the general public… Again, we’re talking about grandmothers, pregnant women and children.

Thank you uncle Arnie for being a Christ-like, courageous American, even though you were born in Cuba. Hope you’re eating lots of Big Mac’s in heaven!

Thank You Reverend Rivera for another powerful contribution to The D.C. Clothesline. We are committed to making our blog a voice of the people. If you would like to submit your thoughts to DCC please email me at [email protected] -Dean Garrison