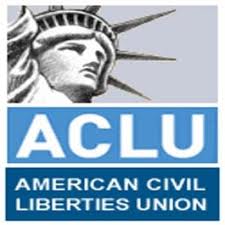 WASHINGTON – In a 5-4 decision, the Supreme Court ruled today that clients of the American Civil Liberties Union lack standing to challenge a broad surveillance law enacted by Congress in 2008 because they cannot prove that surveillance of their communications is “certainly impending.” The lawsuit challenged the FISA Amendments Act, which authorizes the National Security Agency to conduct dragnet surveillance of Americans’ international emails and phone calls without identifying its targets to any court.

“It’s a disturbing decision. The FISA Amendments Act is a sweeping surveillance statute with far-reaching implications for Americans’ privacy. This ruling insulates the statute from meaningful judicial review and leaves Americans’ privacy rights to the mercy of the political branches,” said ACLU Deputy Legal Director Jameel Jaffer, who argued the case before the justices on October 29, when the court stayed open despite the approach of Hurricane Sandy, which shut down the rest of the federal government.

“Justice Alito’s opinion for the court seems to be based on the theory that the FISA Court may one day, in some as-yet unimagined case, subject the law to constitutional review, but that day may never come. And if it does, the proceeding will take place in a court that meets in secret, doesn’t ordinarily publish its decisions, and has limited authority to consider constitutional arguments. This theory is foreign to the Constitution and inconsistent with fundamental democratic values,” Jaffer said.

The ACLU filed the lawsuit in July 2008 on behalf of a coalition of attorneys and human rights, labor, legal and media organizations whose work requires them to engage in sensitive telephone and email communications with people outside the U.S. They include colleagues, clients, sources and victims of human rights abuses. The plaintiffs include Amnesty International USA, Human Rights Watch, The Nation, PEN American Center, and the Service Employees International Union. The government claimed that the plaintiffs should not be able to sue without first showing they have actually been monitored under the program. The government had previously argued that for national security reasons it could not disclose the identities of those who had been monitored.

Little is known about how the FISA Amendments Act has been used. In response to a Freedom of Information Act lawsuit filed by the ACLU, the government revealed that every six-month review of the act had identified “compliance incidents,” suggesting either an inability or an unwillingness to properly safeguard Americans’ privacy rights. The government has withheld the details of those “compliance incidents,” however, including statistics relating to abuses of the act.

Today’s opinion is at: www.aclu.org/files/assets/amnesty_v_clapper_scotus_opinion.pdf

More information on the case is at: www.aclu.org/national-security/amnesty-et-al-v-clapper

I’d like to thank Briana Ryan from The ACLU for allowing us to publish this release. -Dean Garrison