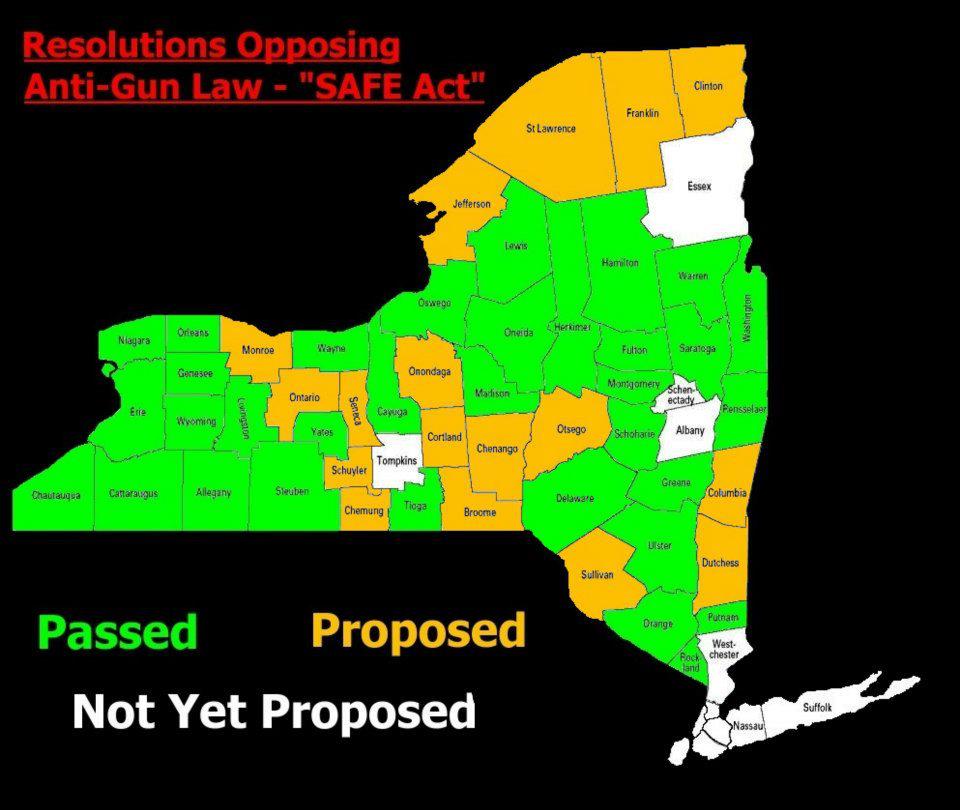 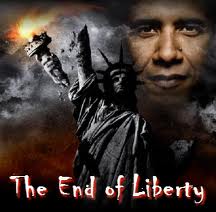 Today our nation turns it’s eyes to Albany, NY. Tensions promise to be high and the stakes are even higher. This is not a battle between gun rights advocates and opponents. It is much bigger than that. Today is more than just another gun debate. Today is the day when Barack Obama again slaps the face of Lady Liberty. How will America respond?

New York’s SAFE act has spurred controversy that reaches far beyond its borders. However, the real battle is brewing within its borders. Just as many states have challenged federal authority now counties are challenging state authority.

“The battle over NY’s SAFE Act gun control continues to heat up. As of Feb 24, forty-seven of sixty-two counties have either passed or have pending resolutions in opposition to the law.

The Secure Ammunition and Firearms Enforcement (SAFE) Act of 2013 is the most restrictive gun control law in the country. It was signed into law on 19 January presumably in response to the horrific shooting at the Sandy Hook Elementary School in Connecticut.

The people of New York are not relying on just a protest and county resolutions to save their second amendment rights. They are exploring every legal avenue to try to maintain their liberties.

King said the group is also planning on asking the courts to stay the implementation of the law.

‘We think we have a really good suit,’ King said.

So there we have it. We have thousands of New Yorker’s planning a peaceful protest at their capitol. We have county governments using any legal means that they can to protect themselves against unconstitutional state laws. We have concerned citizens taking action through the court system to legally challenge New York’s new legislation.

And then there is Barack Obama…

Again we see the egomaniac, who cares nothing about defending the constitution, over-reaching his bounds. The same man who dumped fuel on the fire in the Michigan “Right-to-Work” debates is doing it again. He is busing in the opposition to raise the level of hostilities. What is wrong with this picture? 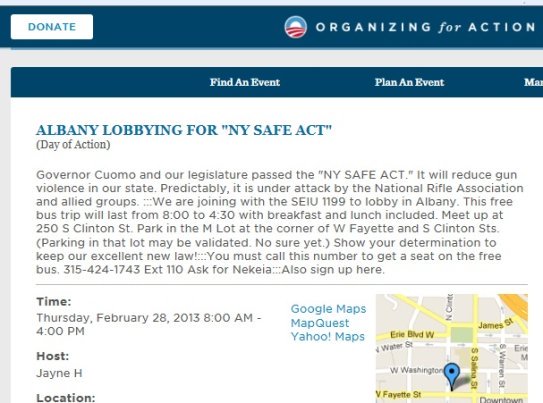 Barack Obama is the President of the United States. It is not in his job description to interfere in State business. Our President is supposed to be an impeccable example of unity.

Unfortunately, he stands for nothing but division. He only interferes in State business when it seems to support his political agenda. Labor Unions and gun confiscation certainly qualify. The fact that Colorado and Washington might want to “fire it up” on occasion does not seem to concern him.

The President of the United States is not just putting his nose where it does not belong, he is intentionally raising hostilities.

There is no reason that the proponents of the SAFE Act could not have picked a different day to speak their peace. That is not good enough for our President. He is not just busing people in, he is buying them breakfast and lunch to attend. This is a stark contrast to the NRA supporters who are paying $25 a seat for their participation.

The man will stop at nothing to gain his vision of America. The last time I checked America was not ruled by dictators. It was not even ruled by democratic opinion. America is a constitutional republic and the law of the land is the constitution.

The line in the sand has been drawn. If things explode in Albany, we need to consider who is fueling this fire. Obama, by openly getting in the middle of State business, is laying the groundwork for something that I believe he wants to see happen.

There is no doubt with the emotions of the day, it will be an atmosphere that could produce riots. If that happens we have only one man to blame. My belief is that Obama is banking on that. Why? Because it further supports his agenda. He wants the 2nd Amendment supporters to be seen as extremists and he will do anything in his power to facilitate that.

Whatever happened to the prospect of a peaceful protest? Mr. Obama you are not only doing everything you can to change the definition of the 2nd Amendment, you are playing with the concept of the 1st Amendment as well. Let’s not forget that our 1st Amendment mentions, “the right of the people peaceably to assemble.”

What part of peaceably do you not understand?