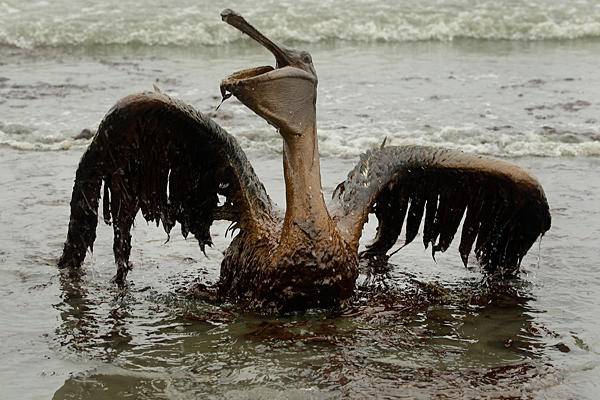 OSE II is a safe, non-toxic, effective oil spill clean up product that removes oil from the environment permanently by converting it to a safe end point of CO2 and water. OSE II has been used on over 23,000 spills globally since 1989. “It is time the EPA allowed US oil spill response to catch up to other countries,” says Steven Pedigo.

San Diego, CA, March 01, 2013 –(PR.com)– In the wake of the ongoing civil trial with high stakes for BP over the 2010 Gulf oil spill, the OSEI Corporation Chairman puts a new slant on preventable devastation outlining how he alleges the oil giant could have saved billions in damages and Clean Water Act fines if the Environmental Protection Agency (EPA) had chosen the use of OSE II the proven Non toxic oil spill response tool that actually removes oil from the environment.Airing on Sunday, March 3 on Fox Business Network, the 21st Century Business TV Series will feature OSEI Corporation’s non-toxic oil spill cleanup method, Oil Spill Eater II (OSE II), bringing to light a cost-effective solution for oil companies operating anywhere in the world – from the Gulf’s warm waters to the cold climate of Alaska.

The show interviews OSEI CEO Steven Pedigo, inventor of OSE II, a biological enzyme that detoxifies and then converts oil and toxic waste into a natural food source for the enhanced native bacteria found in the area of a spill. The end result of this process is close to 100% of the oil fully removed from the environment. Pedigo tells about the 23-year history of his company and its successes in removing oil and other toxic spills in every type of environment, including difficult-to-reach, sensitive habitats. Pedigo has aggressively challenged the EPA for, as he alleges, “not adhering to the spirit of the very Clean Water Act that the EPA is there to enforce by pre approving toxic Corexit dispersants.”

The EPA, along with other federal agencies who direct oil spill contingency plans are responsible for safeguarding U.S. natural resources and public health. Pedigo asserts that in stark contrast to their mandate, they have allegedly favored dangerous “cleanup” methods utilizing dispersants, which independent studies have shown to be more harmful to marine life and human health than the oil. During the Deepwater Horizon (DWH) crisis, Gulf State officials, deeply concerned over the excessive use of Corexit (the toxic chemical dispersant applied in unprecedented doses to Gulf waters to disperse and sink the oil into the water column), specifically requested the use of OSE II as an alternative method for addressing the spill. Despite repeated requests, the EPA continued to enforce the use of dispersants and toxic solutions.

Amongst a large number of industry and independent science groups, an international environmental organization the Lawrence Anthony Earth Organization (LAEO) has investigated current oil spill methodologies and advocate for the use of OSE II as a first-response cleanup method. “The 21st Century Business TV Show featuring a product that has been safely used in 30 countries around the world and which has cleaned up over 23,000 oil spills, is a good starting point for raising public and industry awareness that there are better solutions out there, which will save the oil and gas industry billions in clean up costs, damage claims and Clean Water Act fines, not to mention protecting human health and the environment. We encourage industry leaders, environmental groups and federal officials in this field to urgently review current methodology for the sake of all living organisms that rely on clean water,” said LAEO International President, Barbara Wiseman.

The LAEO is about to publish a position paper to educate emergency response professionals and industry stakeholders, calling for a ban on the use of dispersants while bringing to light alternative solutions. The paper highlights the specific category of Bioremediation technology that the EPA had approved and listed. OSE II has undergone years of field tests and use that OSEI states proves its efficacy at removing close to 100% of an oil spill through non-toxic means and at a fraction of traditional cost. Some of the most recent tests were conducted by the Department of Interior, among others showing superior results.

Pedigo questions: “What happened to the remainder of the estimated 2 million barrels of oil plus dispersant chemicals left in the Gulf of Mexico and how are the continued appearing slicks and unnatural seeps from the fractured seabed floor in the Macondo zone being handled? Independent science proves further action is needed to clean up the environment. The threat of Clean Water Act fines mistakenly encourage clean up systems that hide or make the oil volume rapidly undetectable.”

There are continuing reports that allege of oil that on the Gulf waters surface emanating from the BP well site as recent pictures have shown. The Mayor of Grand Isle has recently complained of oil coming ashore with tar balls as well. Pedigo has requested the EPA/RRT VI as well as EPA headquarters to concur with the immediate use of OSE II so the seabed and the continued oiling can be safely removed form the Gulf waters and shoreline.

The TV program will explain how the OSE II process works and is environmentally safe using natures own bioremediation processes to effectively eliminate hazardous materials.