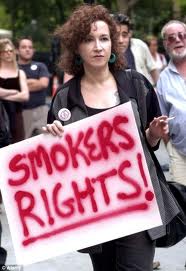 he issue at stake here is not smoking, it’s individual rights.
Green Bay, WI, March 01, 2013 –(PR.com)– In response to Governor Scott Walker’s proposal to charge state workers who smoke $50 per month, a proposal which the Governor says will generate 2.7 million dollars over two years, Luke Russell, an owner of Titletown Tobacco, a premium cigar lounge and cigar retailer in Green Bay Wisconsin, writes this:

My colleagues and I have supported you in your election and recall election; not only through our voices and votes, but monetarily. We believed that you supported businesses and defended individual rights. Therefore, it is with sorrow, frustration, and confusion that I write this.

I cannot believe this proposal of charging state workers who smoke $50 per month. Is this because smoking is a health risk? Governor Walker, contrary to the guarantee of certain death that the Surgeon General’s warning labels predict, cigar smoking (or cigarette smoking) for that matter do no lead to certain death and lung cancer. According to James P Siepmann, MD smoking does not cause lung cancer, it is one of many risk factors for lung cancer (see his article at http://www.journaloftheoretics.com/Editorials/Vol-1/e1-4.htm). In fact, according to Dr Siepmann’s article, a male smoker in the United States has only an 8% lifetime chance of dying from lung cancer.

But the issue at stake here is not smoking, it’s individual rights. The last time I checked, smoking is legal, which makes this proposal an affront to individual liberties. If this proposal is passed, I recommend charging the surcharge for the following contra-health related behaviors as well:

I could go on and on, but you get the point. Governor Walker, Wisconsin is not a nanny state. Don’t make it one now.

Light up a cigar and relax!