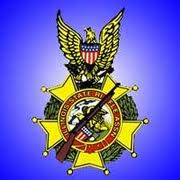 SPRINGFIELD, Ill., March 4, 2013 /PRNewswire-USNewswire/ — The following is being released by the Illinois State Rifle Association:

WHAT: Press conference to discuss objectives of the 2013 edition of Illinois Gun Owners’ Lobby Day

Organizers expect that legislative proposals calling for the banning and confiscation of 85% of the firearms owned by Illinois citizens will generate record crowds at this year’s Illinois Gun Owners’ Lobby Day. After the Capitol press conference, Wednesday’s formal activities will begin with an 11:30 AM legislative briefing at the Prairie Capitol Convention Center. At 1:00 PM, participants will march to the Lincoln Steps for a rally followed by visits to committee hearings and legislators’ offices. The day wraps up with a reception at Vinegar Hill Mall, 107 West Cook Street.

The ISRA is the state’s leading advocate of safe, lawful and responsible firearms ownership. For more than a century, the ISRA has represented the rights of millions of law-abiding Illinois firearm owners.