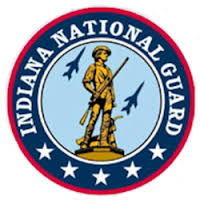 ABC 57 News is reporting that Faith Mann, a 25-year-old member of the Indiana National Guard, was terminated from her job, at Great Clips, due to her obligations for drill duty on the weekend of February 23-24.

Faith’s employer scheduled her for work during her weekend drills and terminated her employment because of an alleged violation of company policy. ABC 57 reports:

ELKHART, Ind. — An Indiana National Guard soldier says she was fired from her job because she had to report to drill.

Faith Mann, 25, says she reported for duty February 23 and 24, but doing so got her fired at Great Clips, where she was also on the schedule to work that weekend.

“I said well I have military training that weekend and that’s when she (the local manager) was like, ‘Well you need to find coverage for your shift because I already made the schedule,’” said Faith Mann.

Mann said she could not find anyone to cover her shift and she even went as far to call other Great Clips locations in her attempt to find a replacement. She claims on the Monday, February 25, her manager asked her to come in and discuss the matter in person. That’s when she claims the district manager fired her for failure to report to work for her weekend shift.

United States Code Title 38 enacted in 1994 shows employers must accommodate uniformed services  employees’ active-duty schedules. So we stopped by the Great Clips in Elkhart on Emerson Road to find out what happened.

The local manager said she could not comment on camera, however Tim Lawlass the president and CEO of the local franchise did issue this statement.

For 28 years, we have supported and continue to support, all of our team members’ service to our country, including Ms. Mann’s. This team member is familiar with the salon’s policy regarding military absences, which requires a request to be away from work in order to serve and proof of service.  Unfortunately the employee did not follow the policy, which compromised the manager’s ability to accommodate her needs and those of our customers. Ms.Mann is a valuable team member. We have offered her the opportunity to return to work, and we would welcome her back.

As for what the policy is that she didn’t follow there was no further information, but she says that she did follow the same procedures she has in the past.

“I wrote it on the scheduling calendar for the last couple of times,” said Mann.

She claims this week the company’s HR director out of Indianapolis offered Mann her job back if she would apologize to the company’s CEO for defaming his company on Facebook after she was let go.

A deal she says she is not interested in fulfilling.

“It’s just no way that I can go back to a company that thinks that I should be sorry for something that they did,” said Mann.

Mann, a single mother, says she plans to take her battle to court for wrongful termination due to her military obligations.

She said she enjoyed working at Great Clips for the past two years and the management has always accommodated her military drill assignments in the past without problems until this time.

As mentioned on the phone, Employer Support of the Guard and Reserve (ESGR) is the Department of Defense lead for the federal law that protects service members’ employment and reemployment rights – the Uniformed Services Employment and Reemployment Rights Act (USERRA) of 1994.  ESGR has more than 600 trained ombudsmen available to provide free, neutral mediation to resolve issues between service members and a civilian employer.  Through mediation, ESGR informs both the service member and employer of their respective rights and responsibilities under the federal law and seeks to resolve the issue brought to our attention.  To find out more about ESGR and the resources available to assist National Guard and Reserve Service members, families and employers, individuals can go to www.ESGR.mil or call the Customer Service Center at 1-800-336-4590, which is manned from 8 am to 6 pm Eastern, Monday – Friday.

Please visit the source article to see the news story, with any possible updates, as well as an on camera interview with Faith Mann.