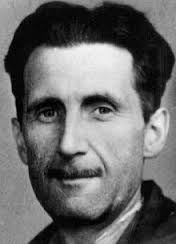 George Orwell said “The further a society drifts from truth, the more it will hate those that speak it.”

We may never agree to travel the same road for solutions to our economy and social issues; it isn’t hard to agree on some current accepted truths.

Truth #1. This nation and state are in debt beyond our combined “Gross Domestic Product.” Simply stated, those of us that work and produce goods and services have not earned enough “combined” paychecks to pay for “government purchases” over the year or in past years.  At the current rate of spending the United States won’t be able to pay the “interest” on the borrowed money; let alone the principal.  The lenders will raise their interest rates and make it harder for us to continue as a nation.  The world can’t support the debt of the United States; there will be chaos.

Truth#2.  The Third Amendment to the Constitution states that; No soldier shall, in the time of peace be quartered in any house, without the consent of the owner, nor in time of war, but in a manner to be prescribed by law.

The British invaded homes in Boston “prior” to the revolutionary war and imposed themselves; the homeowners could do nothing but revolt.  The Third Amendment along with the Second; is why a ten round magazine is still necessary to believers of the Constitution.  Remember, in 1942 the United States territory of Alaska, was invaded by the Japanese and we were not handing out five round magazines.

Truth #3.  You and I are not in control of anything but perhaps our immediate daily lives.  The frustration of not being in control makes some people furious and fearful; wishing they could speak their truth and it would be heard and respected; the First Amendment.

Thanks for sharing your thoughts with us Trent. If you would like to submit your own thoughts to The D.C. Clothesline please send them to me at [email protected] -Dean Garrison