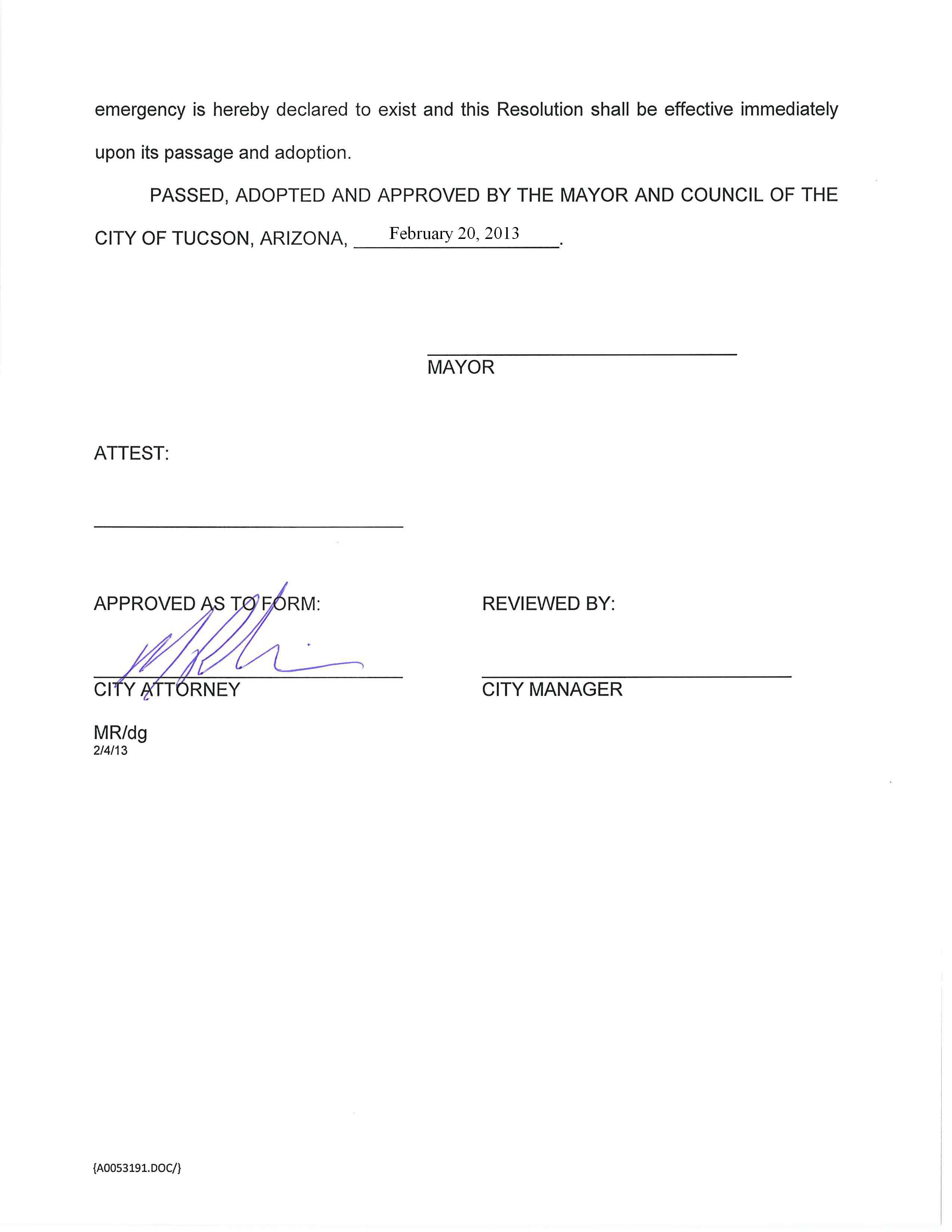 In a hushed session of the City Council on February 20th, the city of Tucson, AZ has declared a state of emergency and handed over control to the United States Air Force within its borders.

Though the citizens of Tucson may be unaware, they are now under a state of declared emergency thanks to their own city council. It could very easily be interpreted as a state of martial law:

I was able to find little to no coverage of this with local Tucson media sources, but it seems to be very clear that the city has given the Air Force the ultimate authority to make judgements in relation to national security over individual rights of citizens:

“SECTION 1. That the City of Tucson Mayor and Council hereby recognizes and supports the missions and long term viability of Davis-Monthan Air Force Base and the leadership of Davis-Monthan to make the appropriate decisions when balancing National Security and community needs when it comes to their existing and future military mission and assignments.”

How do we interpret what has happened in Tucson? Is it full-blown martial law. Yes and no. I think the intent of the resolution and the way it is written may be two separate issues, but technically, as written it is martial law. No exclusions have been made. The City of Tucson has basically just given the Air Force cart blanche within its borders.

The groundwork has been laid and an emergency has been declared. What remains to be seen is how this resolution is enforced. My suspicion is that we have a very ignorant and trusting City Council in Tucson, AZ that does not realize what they have done, because they have just, possibly unknowingly, endorsed a martial law situation within their own city.

The big question on all Tucson residents’ minds should probably be…Why has a state of emergency been declared? They also deserve to know why there is an obvious lack of media coverage surrounding such an important decision.

The problem is in the wording of the resolution. It could be argued that the city was attempting to give the Air Force the right to continue their flyovers (which have been a consistent source of controversy in Tucson) but the resolution is not that definitive. There are no provisions or exclusions.

Though the news coverage in Tuscon, and nationally, seems to be almost non-existent (the only exception I can find is Alex Jones “Infowars.com”), I was able to locate a very informative blog called “Occupied Tucson Citizen.” OTC had the following concerns about the resolution:

“Without any approval, discussion, or even knowledge of its existence by Tucson’s voters, this document gives the Air Force unconditional approval to use its own discretion (which historically has proven to be entirely lacking) to go ahead with their dangerous plans for Tucson.

This resolution will allow DM to increase by at least two-fold or more, the number of overflights of the very densely populated midtown Tucson, and allow round-the-clock overflights, and the introduction of whatever aircraft they wish, in whatever numbers they wish…. including the hearing-damaging accident-waiting-to-happen-experimental F-35!

The use of the term “emergency” is particularly despicable! In this case, it is not even stated what constitutes the so-called “emergency”, but is obviously being used to get around the fact that it was passed in great haste and secrecy, so as not to alert citizens of how they are being shafted!” Source: http://occupiedtucsoncitizen.org/?p=2312

Wikipedia states “Martial law is the imposition of military rule by military authorities over designated regions on an emergency basis.”

Make the call for yourself. Read the below documents which were taken straight from The Tucson, AZ Government Website and tell me that the City of Tucson is not under a state of martial law.

You can’t dispute it. The intent may be different than the interpretation, but this is a legal document. What remains to be seen is what power the Air Force uses in enforcing the interests of National Security. Will it simply be about jets flying over Tucson? Let’s hope so.

I wonder if it is pure coincidence that all 6 wards and the Mayor’s seat are all currently filled by Democrats in Tucson, AZ.

As for the citizens of Tucson, you might think about finding a new Mayor and a whole new council in coming elections. I know high school students who can write better law than this. Read it for yourself. 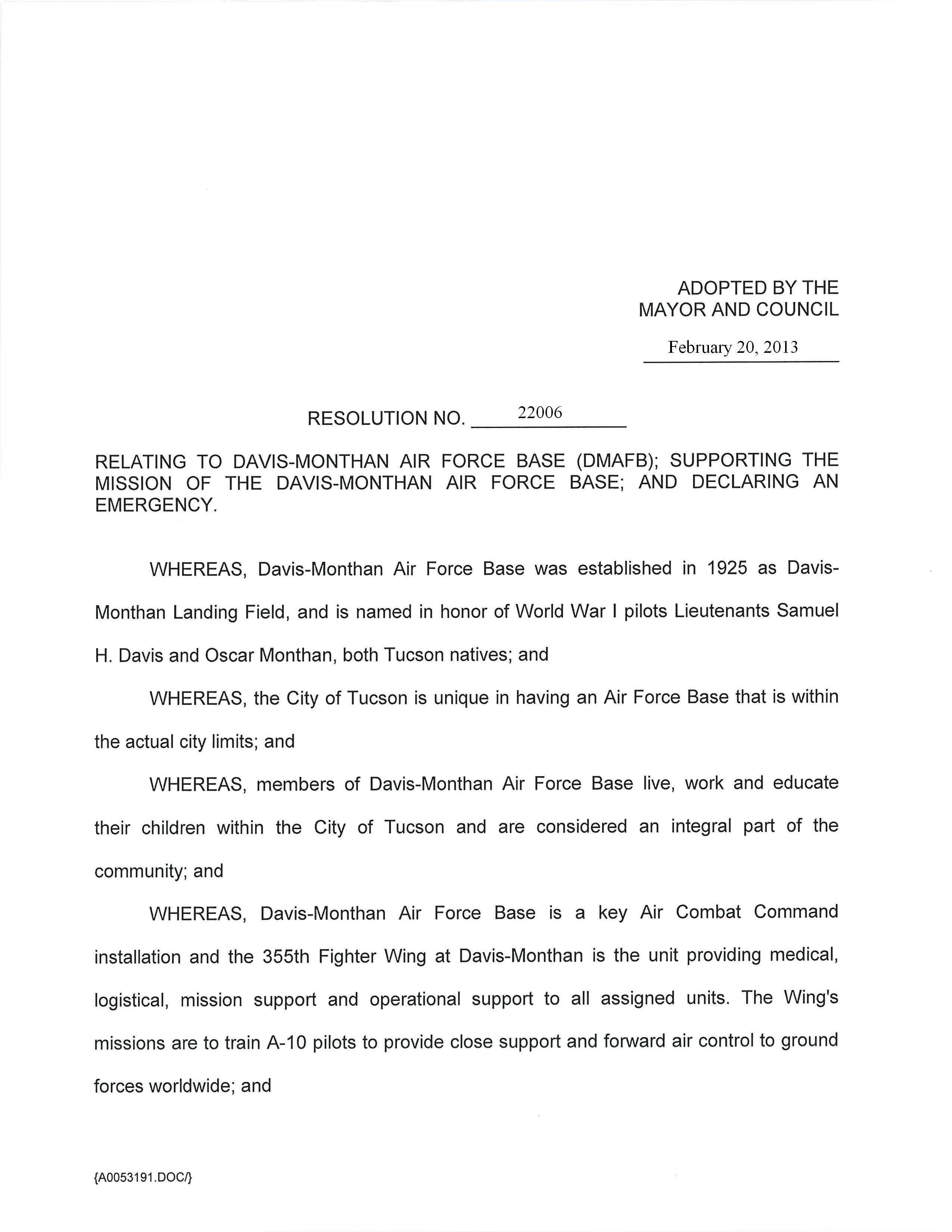 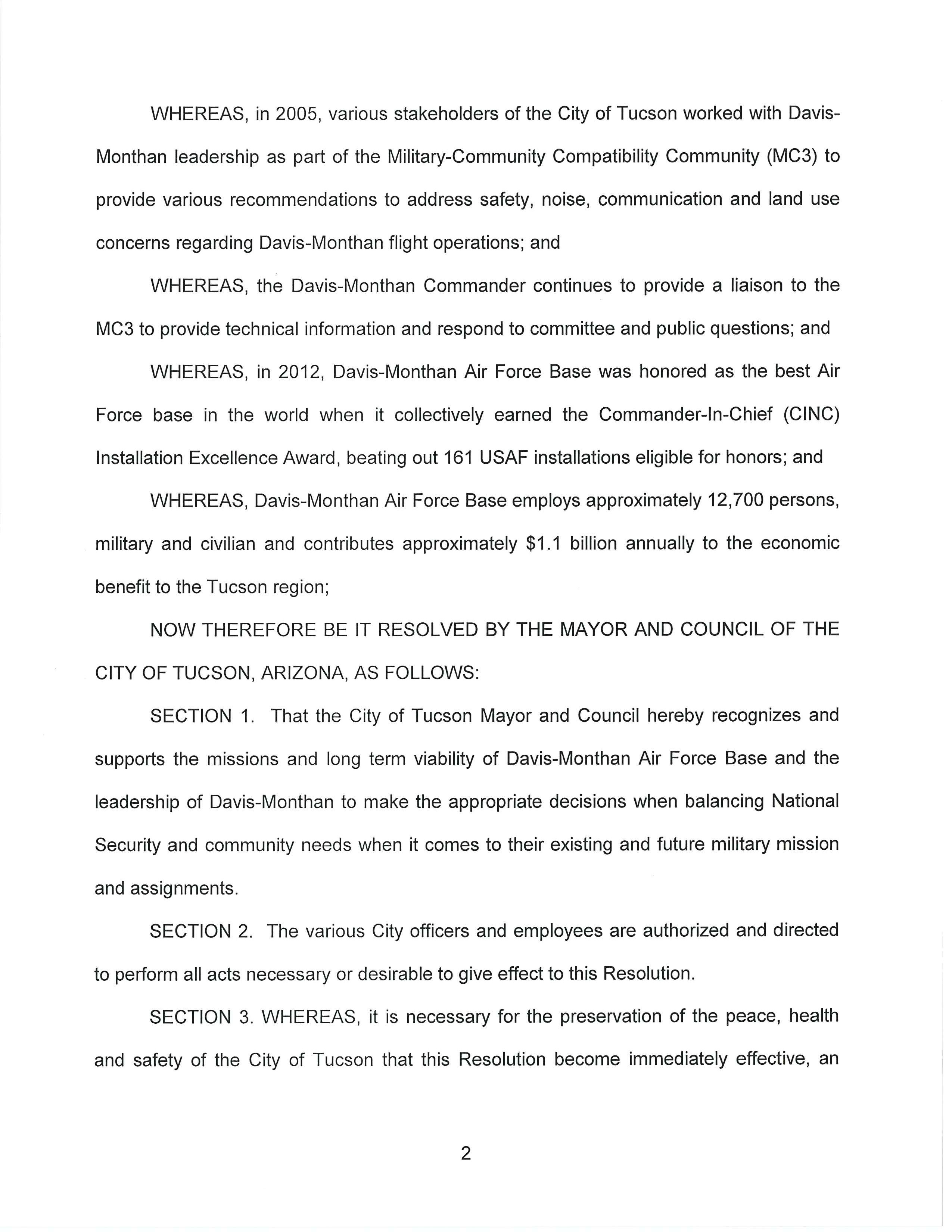