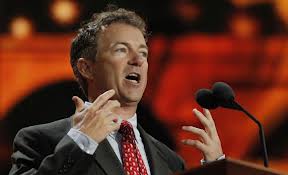 It seems like the nearly 13 hour filibuster facilitated by Rand Paul has produced the desired result. Senator Paul and American Citizens now have their answer. The Washington Examiner is reporting that Eric Holder has sent another letter to Senator Rand Paul stating that the Obama administration does not believe that it has the power to kill Americans, on U.S. Soil, in non-combat situations.

Attorney General Eric Holder wrote Sen. Rand Paul,R-Ky., to confirm that President Obama does not have the authority to kill an American on U.S. soil in a non-combat situation, Obama’s spokesman announced today.

White House Press Secretary Jay Carney quoted from the letter that Holder sent to Paul today. “Does the president have the authority to use a weaponized drone to kill an American not engaged in combat on an American soil?” Holder wrote, per Carney. “The answer is no.”

Paul said that was good enough for him. “I’m quite happy with the answer,” he said during a CNN interview. “I’m disappointed it took a month and a half and a root canal to get it, but we did get the answer.”

Carney added that, “if the United States were under attack, there were an imminent threat,” the president has the authority to protect the country from that assault. Source: http://washingtonexaminer.com/white-house-holder-respond-to-rand-paul-the-answer-is-no/article/2523555