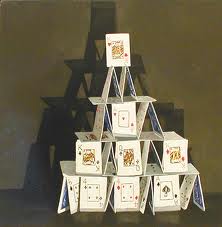 “Well somebody told us wall street fell
But we were so poor that we couldnt tell
The cotton was short, and the weeds was’ tall
But Mr. Roosevelt’s a’ gonna save us all”

-Lyrics from “Song of the South” by Alabama

I have to be brutally honest. Economics bore me and I hate writing about them. I am not a Wall Street guru and should never be seen as such. I am not licensed to give investment advice to anyone.

However, continued manipulation of the numbers by this administration makes me feel the need to at least sound the alarm today. It is my feeling that a lot of hard-working Americans are about to be taken for a ride and they can’t afford the cab fare.

American taxpayers had better start planning to open up their pocketbooks to bail out the banks once again. The financial news of late is not what it seems. What the average person may not realize is that the stock prices are surging due to manipulation and not because the economy is particularly strong. The other major economic indicators are too weak to support all-time highs for the Dow. It’s just not real. Let’s turn to some common sense and start to unravel why this is happening. 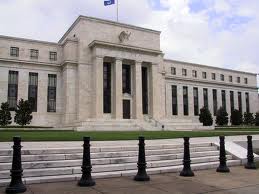 “The Federal Reserve’s purchases have driven interest rates to near zero. This has stimulated the economy but not without cost. Savers, particularly older ones trying to live on income from their investments, are starved for safe options. They’ve been forced into stocks, which is one reason the market has been acting as if it’s on steroids. Further, with borrowing costs low, Congress and the White House have less incentive to rein in the national debt. Rock-bottom interest rates have also distorted markets.

The best indication that the Fed’s bond-buying purchases are pushing stocks up artificially is that investors run for cover whenever there is a hint that the Fed might change course, as happened recently. On Monday, billionaire superinvestor Berkshire Hathaway CEO Warren Buffett told CNBC that markets are on a ‘hair trigger‘ waiting for signs of change from the Fed. The market is ‘hooked on the drug’ of easy money, Dallas Fed President Richard Fisher told Reuters.

Fisher’s comparison of Fed policies to a drug is apt. Markets might not like the idea of the drug being withdrawn now, when the Fed holds a portfolio of $3 trillion. But the withdrawal symptoms will be a lot worse once the portfolio grows to $4 trillion, or more.”

The Federal Reserve is playing a very bad hand and playing it arguably as well as they can, but this is still a house of cards that is destined to come down. The stock market is artificially inflated now, but what happens when the Fed is forced to start selling off that portfolio? That’s when things will get ugly, and as the USA Today article suggests, the bigger the portfolio gets the more devastating the potential effects.

To understand the entire crisis you must understand what the top banks in this country have been up to. Despite being reminded by the Federal Reserve, in the Summer of 2012, to work on their economic collapse contingency plans, they seem to be up to the same old business of building on quicksand. 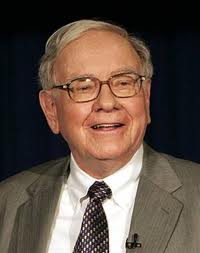 What are derivatives? Well derivatives are just a fancy word for risk capital. It is invested capital that is used as an asset but it’s not a real asset. It’s paper profits that rely on an investment vehicle. If you can’t understand my ramblings, here is a definition from Investopedia:

“A security whose price is dependent upon or derived from one or more underlying assets. The derivative itself is merely a contract between two or more parties. Its value is determined by fluctuations in the underlying asset. The most common underlying assets include stocks, bonds, commodities, currencies, interest rates and market indexes. Most derivatives are characterized by high leverage.”

You had better hope that the top banks in America can figure them out, because if they can’t we are done for. I want you to look hard at these numbers:

These numbers were current as of June 2012 and can be found in this government report. Basically we are looking at the same playing field all over again and American taxpayers will be asked to foot the bill, for a second time,  if these big banks fail. If you look at the report closely you will find that it is primarily the richest banks that are taking this course. Why is that? In my opinion it is because they realize that American taxpayers are their “safety net.” The Federal Government will not allow the largest banks to fail and they know it. They are playing a dangerous game with our money.

Warren Buffett is not the only one who makes bad derivatives trades. J.P. Morgan announced last summer that it suffered 2 billion in losses from bad derivatives trades, and the story kept getting worse. Honestly I am not sure if the final numbers are in on those losses, but estimates kept going up. It is important to understand that the banks are still making very risky investments with your money, they are just using a different investment vehicle in 2013. Consider this quote from Bloomberg:

“Mark Mobius, executive chairman of Templeton Asset Management’s emerging markets group, said another financial crisis is inevitable because the causes of the previous one haven’t been resolved.

‘There is definitely going to be another financial crisis around the corner because we haven’t solved any of the things that caused the previous crisis,’ Mobius said at the Foreign Correspondents’ Club of Japan in Tokyo today in response to a question about price swings. ‘Are the derivatives regulated? No. Are you still getting growth in derivatives? Yes.’

Herein lies the problem. The biggest banks in America play by a different set of rules than the smaller banks. They understand that the government can not afford to let them fail. If the largest banks in America fail then the whole country potentially goes with them. They forge ahead,  acting like high-stakes poker players, and continue to put your money where the rewards can be high (for them) and the risks can be devastating (for you). 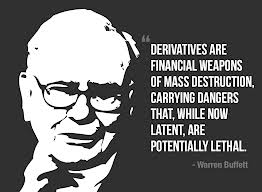 When the derivatives bubble bursts, and it will, then we are right back to the same place we were a few years ago as a best case scenario. As a worst case scenario it could be total collapse this time. It could lead to a devastating collapse of the American economy and trigger a global market collapse that has never been seen before.

“Peter Schiff warns the United States will win the global currency war, but we will pay a heavy price for the ‘victory.’

Schiff, the CEO of Euro Pacific Capital and a long-time critic of the Federal Reserve, says the U.S. economy will ‘implode’ due to the measures enacted by our government to win the war, including artificially low interest rates and multiple rounds of quantitative easing (printing money).

The reason, Schiff explains, is the current monetary policy is unsustainable. ‘We’re broke. We owe trillions. Look at our budget deficit, look at the debt-to-GDP (ratio), the unfunded liabilities,’ Schiff added. ‘If we were in the eurozone, they would kick us out.’

Agreeing with Schiff’s pessimistic outlook is Marc Faber, the noted Swiss economist and investor. Faber says the United States is facing a systemic crisis, and ‘eventually everything will collapse.’ Like Schiff, Faber also holds the Federal Reserve responsible for the country’s problems, but acknowledges that Fed Chairman Ben Bernanke isn’t alone in destroying the dollar.

Faber predicts a global collapse, and says the blame rests primarily on Bernanke’s shoulders. ‘The monetary policies of the U.S. will destroy the world.'”

Enjoy those record highs my friends because when the stock prices start to come back down to earth, and they will, it will have a domino effect that is unprecedented. This crash could be the end of the world economic system as we know it.

My best suggestion is to forget about the market and start buying things with actual barter value, and first and foremost make sure you have guns and ammo. You have to remember, once again, that I have no securities license and you have to be careful about taking financial advice from someone who is not technically qualified to give it, but that’s my opinion. Most of my financial classes were taken at the School of Hard Knocks, as many can relate to I’m sure.

It is no secret that the Department of Homeland Security has stepped up their game in recent months….huge ammo purchases, AR-15s, light-armored tanks, etc.

What do you think they are preparing for? Civil unrest is coming. Whether it was planned or not no longer matters, because the point is that it can not be stopped at this stage in the game.

It’s not a matter of “if.” It’s a matter of “when.” Is that a pessimistic outlook? You bet it is. But if you look at the numbers you can not make a case for this continuing indefinitely. The Obama administration has erected another house of cards and it will come crashing down.