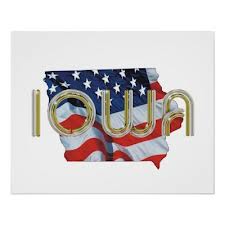 I live in Stratford, Iowa with a population of around 700.
While my friends and family are busy with their jobs and
family I have found a lot if time on my hands lately because
this is a slow time of year for me and my wife and I have no
kids.  I have noticed that people are very worried but don’t
seem to want to talk about what is wrong with this
government.  I was playing poker in a card room in Des
Moines the other day and when it was announced over the TV
that Chavez died. There was almost a crescendo of people
speaking around the tables and someone yelled out something,
comparing Obama to Chavez.   When I listen to others talk
about it, most have the idea that there is nothing they can
do about the situation and I can tell they would never
jeopardize their life and family to try and change anything.

A good friend of mine that has a family and is financially
well-off knows what is going down and said if he didn’t have
a family he would probably join or start a revolution but
also stated at a later time that he sure isn’t going to buck
the system.   When it comes down to it,  I think people are
just too comfortable  and at the same time too busy trying
to maintain their comfort to even think of doing anything.

Anyway, since I have time and no kids I sure would like to
get involved in some O.S.I. type of thinking.  There has to
be a way to connect with people that will get them involved.
It’s too late to infiltrate the political System and change it back to
what it was and I think the public is being brain washed by
television and the education system along with government
organizations.  I have another friend that said last year.
“Oh, we can’t have socialism.  What do you think social
security and Medicare Is?”  This man was a conservative but
got mixed up with a woman that was an admitted socialist.
She received her so-called education from Iowa University.
Even in the Midwest it gets so bad that I think it’s
inevitable.  I can’t imagine what it’s like on the coast.
Let me know if there is a way I can help or if there is
anything I can do.  Thanks for your time.

Thank You Tom for sharing your thoughts with us. If you would like to submit an article to be printed on The D.C. Clothesline please send them to me at [email protected] -Dean Garrison