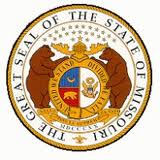 On March 4th a lawsuit was filed in the State of Missouri after Eric Griffin claimed he was trying to complete the process of having a concealed weapons permit added to his driver’s license and was told that digital copies of his documents would be saved in the Department of Revenue’s system.

Missouri Lt. Governor Peter Kinder issued a press release regarding the lawsuit. Here is an excerpt from that release:

“’I fully support Mr. Oliver in this important legal action in Stoddard County Circuit Court,’ Kinder said. ‘This case has issues of statewide importance implicating serious privacy concerns for law-abiding citizens. These folks have followed the letter of the law and been approved for concealed carry by the proper authorities. They must not be required to share that information with any third parties or the federal government.’

Oliver said Mr. Griffin went to his local Department of Motor Vehicles fee office after passing the application process for a concealed carry gun permit. When he refused to let DMV employees scan some of his documentation, he was denied the permit.

Oliver said Griffin acted within his rights. He said the Department of Revenue apparently installed new computer equipment to record the information as part of the federal Real ID Act of 2005.

But state laws prohibit the department from retaining and collecting these types of documents and from complying with that portion of the Real ID Act. The data the DOR collected was being forwarded to Morpho Trust U.S.A., a Georgia company that specializes in partnering with state and federal governmental agencies.”

Since the story first surfaced there has been an underlying suspicion tied to it. Is this an attempt by Missouri and the federal government to do “backdoor” gun registration?

All one has to do is look at the company itself, MorphoTrust USA to understand that this company has strong connections with the federal government. In fact, as of March 11, 2013 they were awarded yet another sizable contract ($17.8 million) to maintain Biometrics for the Department of Defense. MorphoTrust USA also has TSA contracts in place. The TSA, is of course, part of the Department of Homeland Security.  If you want to learn about how MorphoTrust USA works with our federal and state governments, just visit their website. All of the information is easily obtained through their press release section.

So was Eric Griffin’s information meant to be used as a “backdoor” way to let the federal government know about his firearm carrying status? One thing is for certain, this story will continue to be in the spotlight for some time. Judge Robert N. Mayer issued a temporary restraining order on March 5, 2013 to prevent the defendant (Elizabeth Rowland) from collecting and retaining personal documents from Eric Griffin or any other resident of Stoddard County. The question on my mind is…What about the hundreds of other Department of Revenue workers in the State of Missouri?

One would sincerely hope that the State of Missouri is not willing to open itself up to further lawsuits, but for now the temporary restraining order would only seem to apply to a single defendant.

A preliminary injunction hearing was scheduled for March 12, 2013.

So is the federal government working with The State of Missouri to collect data on gun owners?