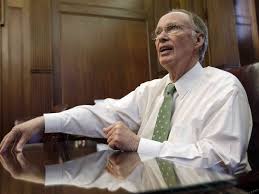 MONTGOMERY, Ala., March 14, 2013 /PRNewswire-USNewswire/ — Thousands of Alabama children in underperforming public schools will be afforded financial assistance to enroll in private school with Gov. Robert Bentley’s signing of the “Alabama Accountability Act of 2013” into law today. Alabama is now the 22nd state to offer private school choice.

The Alabama Supreme Court ruled yesterday the bill could go to Gov. Bentley, after a Montgomery Circuit Judge responded to an Alabama Education Association lawsuit and blocked the bill from reaching the governor’s desk.

“All children deserve access to a quality education, no matter where they live,” Gov. Bentley said in a statement. “This provides a new option to help children receive the best education possible.”

Alabama joins 11 states, including neighbors Georgia and Florida, that provide credits to taxpayers for donating to nonprofits that distribute private school scholarships. Alabama’s program requires that participating children’s family income cannot exceed 150 percent of the state’s median household income, or $62,100 for a family of four, and that they be assigned to a failing public school, as determined by several criteria.

Tax credits will be worth 100 percent of the contribution made by individuals while businesses’ credits for donations will be worth 50 percent. The amount of tax credits distributed is capped at $25 million annually.

In what it calls a cautious estimate, the Friedman Foundation for Educational Choice, a national advocacy group for school choice, puts the potential number of scholarships distributed annually at more than 11,000. That’s if the $25-million cap is reached and the average scholarship is worth $2,090, the nationwide average under similar programs. For the lawmakers who led this effort, that’s a great start.

“Students who have been stuck in failing schools, no matter their situation in life, will now have access to the quality education they deserve,” Rep. Chad Fincher (R-Mobile), the bill’s sponsor, said. “Parents will finally have the choice to determine the best education for their child.”

The legislation also provides tax credits directly to parents for private education expenses worth 80 percent of their children’s state per-pupil funding in public school. Families, regardless of income level, must be assigned a failing public school to qualify. Of the four states that provide tax credits for private school expenses, Alabama’s personal tax credit is the first to be refundable, enabling low-income families to participate.

“No student should be forced to remain in a school that cannot provide a quality education, and this law allows flexibility and choice for those students,” Senate sponsor Bill Holtzclaw (R-Madison) said, noting his child currently is enrolled in public school. “Often these families find themselves locked into a cycle of poverty as well, and school choice can break that cycle.”

Both the tax-credit scholarships and personal tax credits take effect by the 2013-14 school year.