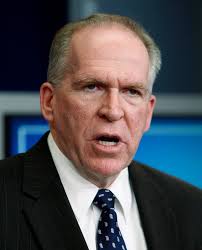 Do you believe in Karma? Well I do. I just don’t really call it Karma. I think there is a Universal Rule that I call… what comes around, goes around. I don’t get too deep into these thoughts. It could be the hand of The Almighty. It could be that there really is something called Karma. I don’t have to understand it. I just know it’s there.

A couple of days ago, yet another story in the assault of never-ending privacy violations surfaced. The Obama administration has decided that it will let government approved “spies” look at our financial records without due process. This news is a couple of days old already, so let me just give you a quick refresher.

“A new proposal from the Obama administration would allow U.S. intelligence agencies including the CIA to gain access to Americans’ financial data, according to a new report.

The plan is setting off criticism, with Texas Attorney General Greg Abbott, a Republican, calling it an ‘erosion of constitutional protections.’

Under the plan, U.S. intelligence agencies could tap into a massive database that contains financial information on U.S. citizens, with the goal of tracking down terrorist networks and crime syndicates, Reuters reports.

The database, called the Financial Crimes Enforcement Network (FinCEN), is already accessible to the FBI, although the CIA and the National Security Agency are required to make requests to view information on a case-by-case basis, according to the report.

While the plan is still in the early stages, the sharing of data is legal and was made permissible by a combination of the Bank Secrecy Act and the USA Patriot Act, which was signed into law by President George W. Bush more than a decade ago, Reuters notes.”

I think most of you have probably heard the story by now. Let’s not dwell on it because it will just make us angry, all over again, and I have news that may cheer you up. I am smiling so big tonight that I will probably be moved a few notches up the “terrorist” list by a government who already questions my intentions. I don’t care because this is just too good not to share. I don’t mean to take joy in other people’s misery but in some cases I think it is warranted. In some cases I think that “Karma,” however you choose to explain or define it, must be trying to set things right.

On Friday a group of Russian hackers got hold of John Brennan’s credit report, personal phone numbers, social security number, etc. It’s a stunt they have pulled previously on such people as Michelle Obama, Hillary Clinton, Al Gore, Joe Biden, Eric Holder and a slew of other famous people that I don’t really care about.

Not only did they get hold of information from all of these famous people but they published it online at this website. I’m not sure if this information is real, which is exactly what I will say at my court hearing, but it makes me laugh nonetheless. It’s not like the mainstream media will report this info.

They would never want to be part of exposing personal information from the ruling class. But I don’t worship these people so I am not above publishing a link.

I think it is fitting. People in the USA are sick and tired of seeing their rights taken away, one by one, systematically. If a few Russian hackers want to have some fun and return the favor…well then I don’t have a major problem with it. I do wish they would have left Sarah Palin alone but we can’t agree on everything.

I am not an expert on financials but from the looks of it I would have to say, in my unqualified opinion, that John Brennan is definitely a terrorist. Don’t terrorists always carry American Express? I don’t know. I will leave that for the experts to figure out. I know that when people start paying more than the minimum payment on their cards there must be something going on. You and I sure can’t do that.

LMBO because I can’t laugh my “A” off. Serious journalists don’t do that. 😉