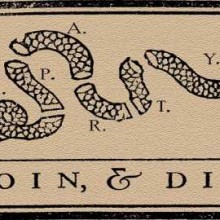 For several weeks, I’ve been hit with comments against myself and

writers on this site that we should “stop the infighting” to defeat Obama and the Democrats. I want to take a moment to address this and hopefully it will make sense to you. I believe in trying to be fair across the board and so when people who claim to be on the right do things that are wrong, I call them on it. If I failed to do that, it would be hypocritical. Sadly many are all to ready to turn a blind eye to the cowardice and sometimes blatant violations of the Constitution by their favorites in their party. I’m not about that at all.

Let me start off by asking you, if you are faced with two thugs with guns and you carry you own concealed weapon. Consider that in this scenario you also have cancer. What do you do in that situation? Obviously, you do your best to draw your weapon and put down the bad guys right? Right, we agree here. However, does that mean that you just continually let the cancer overtake your body and do over a period of time what the two bad guys would have done in an instant? I think you would find that thinking ridiculous, right?

Well, this is how I see things and let me explain. For the most part the Democrats in Washington are domestic enemies. Of that, there can be no doubt on our side. They are the proverbial “bad guys.” However, there are many in the Republican party who are domestic enemies as well. They speak great things at times that we agree with, but then they do things that either violate their oath, the law of the land, God’s law, or they simply have no courage to stand for what is right and back down under political pressure.

Now the messages I get, especially in response to particular names in the Republican Party who have formed, written and voted for legislation that gives authority to the Executive Branch to indefinitely detain you under the mere suspicion of being a terrorist, are sometimes without any merit. They did this knowing full well who was in office and knowing he has is corrupt and so is his administration. Additionally, many of these Republicans have also voted toraise your taxes this year, instead of stand their ground. Some are just fine with Barack Obama assassinating American citizens with drones.

These are just a few things. I’m not even going to talk about those that come out talking about cuts in spending, which aren’t real cuts at all and promoting that they have a plan for a balanced budget in ten years and limits government. That is so dishonest, that it is disgusting. Yet those who actually propose genuine cuts are mocked. However, I ask you, are these things that can be tolerated and we still be in unity? Are these things that we must be silenced over simply because the guy is wearing a particular team’s jersey? I think not.

On top of this, we have those in the Party who reject the Kingship of Jesus Christ and the laws of God. We have establishment types, such as Karl Rove, who are setting up against Tea Party candidates. Yet, quite often I don’t hear people addressing these people and telling them to unify. In fact, many people, if asked, “What are we to be unified around?” wouldn’t have a clue as to how to answer that except in a very shallow sense politically.

So let me address the issue of unity. One commenter on our Facebook page wrote, “You know what I’m tired of? The division if (sic) unity here. Why must we always resort to picking and pandering our friends on the right? I’m as far right as you can get, but you guys seriously need to band together and stop the damned bickering amongst each other. Everyone is entitled to an opinion. I fought for that right. It’s not like he magically found 250 million dollars to send to the Muslim Brotherhood in Egypt today, unlike the worthless president we currently have.”

You know what, I agree that everyone is entitled to an opinion. In fact, I want to thank the gentleman for his service to the country as he indicates that he fought to support and defend the Constitution. While I’m tired of the bickering, the fight isn’t just out on a battlefield somewhere far away people. The real battle for freedom takes place in our own country and nine times out of ten it takes place in the political arena, not a battlefield with guns, though sometimes it does come to that. However, here’s the issue the commenter missed. He said he was tired of the division of unity, but never stated what we are to be unified around.

Well, as my father used to say, “You can tie two tomcats tails together and throw them over a clothesline and you’ll have union, but you wont’ have unity.” This is the same thing that we’re talking about.

I’ll give you an example. Senator Rand Paul (R-KY) voted to confirm all of Obama’s nominees, except John Brennan. He was honest about what he thought and he was honest about his confirmation of those men. I disagreed with him, but you know what? I didn’t see a Constitutional issue with his vote. Therefore, I can disagree and have an opinion, as the commenter said, and not fall out of unity there because when it comes to the Constitution, we agree that it is the law of the land and should be observed. I can’t say that for those that voted for the 2012 NDAA and then voted against the Smith/Amash amendment. I can’t say that for people like those who are in favor of assassinating American citizens abroad who are not engaged in combat against us. I can’t say that when I hear the House Majority Whip claim that they can help push gun controlwithout Republican support.

If your only goal is to get a Republican led anything and yet there are those in their midst who are willing to violate the Constitution whether quite openly or subtly, then my friends you have gained nothing except deception.

This is why we must have godly men who look to honor the God of heaven and do what is right because ultimately they should fear Him first (Psalm 2) and then fear the people whom they serve. If leaders cannot stick to the enumerated powers in the Constitution and affirm the first Ten Amendments of the Constitution, they should be removed from office and replaced with those that can. As Freedom Outpost’s Bradlee Dean said, “You wouldn’t have a Left, if the Right was doing the right thing all the time.” If you see that as an attack on the Right, then you have sorely missed the point. Deal with the bad guys, but don’t neglect the cancer within.

So, can there be unity? Of course, but not while there are those among us who want to undermine the foundations of the nation.

I’d like to send a special Thank You to Tim Brown for letting us share his article on The D.C. Clothesline. Tim is the editor of one of the very best conservative websites on the internet. Please visit Freedom Outpost to read more of Tim’s articles.