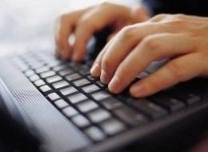 It is time to quit pussy-footing around with the Constitution of the Republic of the United States.  Yes, we are a Republic, and not a democracy… and if you don’t know that then I suggest you study up!  There is a difference.

Some of you are traitors.  There are traitorous legislators among you, who, along with Marxist President Barack Hussein Obama, are systematically circumventing our Bill of Rights every chance they get, and not one of you pompous lead–heads is doing anything about it.  Must I remind you that the Constitution is our Rule of Law?  Have you even read it?  Our Constitution, adhered to and fought for by honest, freedom loving American people from all races and ethnic backgrounds, made this the greatest Nation on the entire earth, and you imbeciles are letting the aforementioned traitors get away with tromping it underfoot, and ruining our Nation.

Barack Hussein Obama is an anti-colonialist Marxist, who is systematically following the standard socialist plan to turn my country into a socialist nation, while amassing a private army (Department of Homeland Security) under his own thumb to keep the masses in line, and I haven’t heard one word from any of you about it.  He has been running guns and armament to the Muslim Brotherhood who support our enemies (Al-Qaeda).   It is time that someone among you, with some intestinal fortitude, stands up for America and its citizens, and holds true to the oath you swore to uphold.  What in the hell is wrong with you people that you have your heads in the sand?  Are you all cowards?  Is there not a Patriot among you?

Sir/Madam, I am an American male, 72 years old, and an honorably retired U.S. Army veteran; and I, Sir/Madam, am not a traitor, even if I am mad as hell.  Contrary to the Secretary of the Department of Homeland Security’s tainted opinion, I am not a domestic terrorist, nor are my fellow veterans of the United States Military Service.  We all took oaths that are similar to yours, when we stood proud and joined the military in service to America – only we remained true to our oaths.  Just in case you haven’t recognized it, or perhaps some quirk or genetic backfire somehow keeps you from understanding it Sir/Madam, Barack Hussein Obama and his socialist czars are the real domestic terrorists, and as such are enemies of the Republic of the United States.  Everyone in America with a modicum of brains can plainly see that, so what are you doing to support and defend the Constitution against their attacks?

Must I also remind you that our Constitution includes our Bill of Rights, which are the first ten amendments? The Bill of Rights includes the 2nd Amendment,  “…the right of the people to keep and bear Arms, shall not be infringed.”… yes, that’s the one.  The right to keep and bear arms is considered so fundamental to a free people that it was insured by the Second Amendment, second only to freedom of religion and free speech (notice, I’m exercising my right of free speech right now).  I also remind you, Sir/Madam, that the Second Amendment guarantees the inherent right of the people to keep and bear, what were at the time state-of-the-art military weapons, not for hunting and target practice Sir/Madam, but so that we could protect ourselves from tyranny in government.  Read it!

Any elected person who proposes or supports, (or has done so in the past), any legislation that attempts to overturn or limit or infringe on the Second Amendment is in violation of their oath to America, and they deserve to be run out of DC on a rail,–tarred and feathered.  Your support of such regulation should be considered an act of Treason against the United States of America,  and Sir/Madam, if you are a loyal American you should call it like it is.

Sir/Madam, I, and the rest of America, expect you to stand firm in support of the Constitution, to honor your oath, and to denounce the traitors for what they are.  You should also begin the necessary proceedings for impeachment, and trial for treason, on those who are subverting the Constitution.

Sir/Madam, I am an honest, law-abiding American citizen, and I will not be disarmed to suit the fear which has been promoted by the bought-and-paid-for news media, and/or their misinformation campaign against the American public.  I will not register any weapon that I currently own, nor any I acquire in the future.  It is not the government’s right to know anything that I may happen to possess, be it a rifle or a roll of toilet paper.

Common sense and statistics both prove that gun restrictions do not save innocent lives.  How many criminals have you seen purchasing a firearm through legal means?  Restricting law-abiding people from the right and responsibility to protect themselves by establishing “Gun-Free Zones” is the most irresponsible and asinine regulation that our government has ever imposed upon us.  That ban turns our children and their teachers into sitting ducks for any deranged, genetic deficient with a stolen gun.  And according to the Constitution it is not a legal law at all.  A true American who is supposedly representing the American people, should be doing everything in his/her power to remove such idiotic, foolish and unsafe illegal regulations  So far, I have seen very little support or discussion from Washington about it… at least discussion from anyone with backbone or common sense.

Now, to any of you who would label this letter as some sort of manifesto by some right-wing fanatic, you’re full of crap.  It is simply a letter of Truth which is long overdue, in which I am pressing for recompense against the domestic enemies within my own government.  I am a law-abiding, American Veteran senior-citizen, who is fed up with liars in government, and I just happen to still believe in my right to free speech, and as such I also believe in my right to not bow to the cowardice of political correctness.  Rather, I prefer to speak the Truth, and am not going to water it down for yours or anyone else’s sensitive ears.  Deal with it.

Sir/Madam, you are responsible, not only to the American people, but to God Himself (if you don’t believe in God, you’d better be right). I suggest you seriously consider the oath you took, because God – if not the voters – will hold you accountable for your actions in this regard.

In closing, I would add that it just seems to be inherent in our elected officials today that none ever seem to give much more than a few seconds of their time for the people they are supposed to be working for.  Too many of you reply to emails and/or letters of grievance with some simple, standardized form letter —a one-size-fits-all Potomac Put-off—concerning any given issue.  I would love to receive from any of you an honestreply that addresses each concern I have written in this letter, but I would much rather see action than rhetoric.  I must admit that I’ll not be waiting with bated breath.

If this letter is printed anywhere, I request that it be exactly word for word and complete.  Please don’t twist my words or try to put any type of spin on it.

It is my hope that every legislator in the United States would read it.  I know that I am not the only one that is fed up with liars in government.  – Allen Neighbors

Thank You Allen for sharing this letter with us. Hopefully our readers will help make it get spread far and wide. Our readers are always encouraged to submit their opinions and stories to The D.C. Clothesline. Please email them to me at [email protected] -Dean Garrison