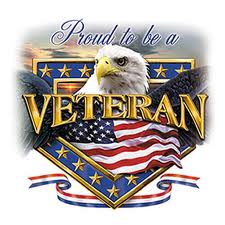 I am a combat veteran. I am pretty vocal about that and everybody knows that. But it is not for the reasons that most may think. I don’t publicize the fact that I served my country for two decades to brag or to get sympathy and respect, but to let people know where I am coming from and why I stand by my views and principles the way that I do. My views may not make a lot of sense to most, but that is not their fault; they have not walked in my combat boots.

I was raised from a very young age to want to serve. I grew up watching movies about World War II and Vietnam, where Americans were fighting and giving their lives to prevent the bad stuff that was happening over there from getting to us. I wanted to be a part of that. I wanted to keep the bad guys away from the people that I loved.

My mom and dad raised me with American values. I always said “yes sir” and “no ma’am” and treated my parents with respect. I was honed by my parents to be a responsible adult, responsible for my own actions and success (or failure). I was first exposed to my military training in the Boy Scouts, with my dad (who served during Vietnam) right alongside me, encouraging my success. I then moved on to the Civil Air Patrol where I learned discipline, courtesy and survival skills. Again, my dad was right alongside me, guiding me and encouraging me.

At the young age of 17, I enlisted into the United States Army Reserve. I attended basic training during the summer between my junior and senior year of high school. During my senior year, Saddam Hussein invaded Kuwait, and I was pulled out of high school to deploy to combat with my unit. The deployment never occurred, and I returned to high school to graduate with my class.

After graduation, I joined the active army, because I felt I was not reaching my full potential in the reserves. I was not serving my country the way that I had envisioned.
During my time on active duty, I sought to find my place in the army; the job that I was best suited to do. I dabbled in everything from infantry to artillery to Special Forces and was lucky enough to land a job doing something that I always loved – flying. I got to fly the world’s most advanced attack helicopter, and I got paid to do it. I was living the dream.

Then came combat. I was part of the initial invasion into Iraq for the start of Operation Iraqi Freedom. For the next six years of my life, I would be seeing and doing things that, up to this point, I had only seen in the movies. I had reached the point in my career that I was a leader. I was responsible for training my fellow pilots to ensure that they could effectively engage an uncooperative and unpredictable enemy and win. I was responsible for their lives.

I fought the war in Iraq for a collective three years over the course of three deployments. I have saved lives and I have taken lives. I am only proud of the saving of lives but have learned to deal with the rest.

With all of my desire to serve and defend my country, I never once put any thought into the effect that actually doing so would have. In the movies, the good guys always lived, and the bad guys always died. Not so true in real life. I have lost a lot of good friends along the way, and it doesn’t get easier with time.

I fought and risked my life for freedom – or what I was raised to believe that the concept of freedom entailed. It angers and sickens me to see in the present a society that puts so little value on the very thing that so many Americans have given their lives to defend. So many lives lost. I have walked the beaches of Normandy and visited the Omaha Cemetery. 10,000+ American lives were lost over the course of three days there. All in the name of freedom and ensuring life, liberty and the pursuit of happiness. Were those lives given in vain? I sincerely hope not.

This is me. This is why I am the way that I am. Take it or leave it, but it will not change. This is why I am so pissed off that our country, the country that I gave up half of my life to protect is in the condition that it is in. People just don’t seem to care about their rights being taken away. The rights that so many of my brothers and sisters died for. I am pissed and disappointed in America.

However, being the person that I am, and the person that I was raised to be, I will continue to defend the ideals that our Forefathers laid out for our nation. When everyone finally realizes that their Constitutional, God-given rights are being systematically stripped away from them, you will be able to count on me to step up to the plate to ensure that freedom prevails. That’s my job. That’s what I do.

Thank You Chris for your service to this country and also for sharing your thoughts with us today. If you would like your opinions featured on The D.C. Clothesline please submit your work to [email protected] -Dean Garrison