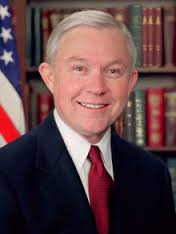 WASHINGTON—U.S. Sen. Jeff Sessions (R-AL), a senior member of the Senate Judiciary committee, commented today on President Obama’s nomination of Thomas Perez to serve as the Secretary of Labor:

“This is an unfortunate and needlessly divisive nomination. The top priority of the Secretary of Labor should be to create jobs and higher wages for American workers. But Mr. Perez has aggressively sought ways to allow the hiring of more illegal workers. Mr. Perez has also had a controversial tenure at the Department of Justice where he has demonstrated a fundamentally political approach to the law.

His views on illegal immigration are far outside the mainstream. Mr. Perez previously served as the President of the Board of Casa de Maryland, a fringe advocacy group that has instructed illegal immigrants on how to escape detection, and also promoted illegal labor sites and driver’s licenses for illegal immigrants. As a councilman in 2003, Mr. Perez advocated for allowing illegal immigrants to be able to use foreign identification, known as matricula cards, in place of a valid U.S.-issued ID to work and receive public services. By nominating Mr. Perez to this important post, the President has placed his drive to promote his flawed immigration policies over the needs of the millions of unemployed Americans. We need a Secretary of Labor who fights to create jobs for American workers, not one that undermines legal work requirements. It is plain that if the policies of Mr. Perez were to be enacted, jobs for Americans would be harder to come by and wages lower. He is the wrong man for this job.”