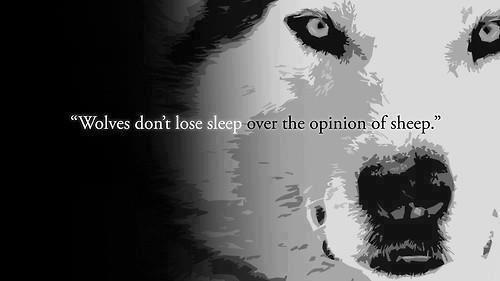 In recently reported developments making the rounds in various headlines of the ongoing investigation by Congressional Republican lawmakers into the September 11, 2012 terrorist attack of our Libyan Embassy/Safe-House in Benghazi which left our U.S. Ambassador along with 3 other Americans stationed there murdered at the hands of Islamist extremists, we now have it being revealed that at least 37 survivors of this incursion were allegedly instructed (or intimidated depending on how you choose to view it) to “be quiet” by the Obama administration about their ordeal (that & puzzling reports now too of survivors whose identities have been changed  for unspecified reasons).

This allegation was refuted however as detailed in the following excerpt from the March 15 article at The Blaze by writer Jason Howerton, titled, ~BENGHAZI SURVIVORS ‘TOLD TO BE QUIET’ BY OBAMA ADMINISTRATION, CLAIMS GOP SENATOR~. Denial of this allegation being made by none other than White House Press Secretary Jay Carney (y’know, the same White House Press Secretary who stated on national television that the thousands of criminal illegal aliens released across 4 States by Immigration & Customs Enforcement in the face of budget cuts credited to the looming sequester were “low-risk non-criminal detainees”):

~”When asked about Benghazi survivors, White House Press Secretary Jay Carney told reporters, “I’m sure that the White  House is not preventing anyone from speaking.”~

A statement made as if the American people are expected to believe anything this President & those in his administration now have to tell us. As if we’ve conveniently forgotten their extensive pattern of established lies just in relation to the events surrounding Benghazi alone & their having engaged in a subsequent series of illicitly inept cover-ups to hide the facts & obscure the details of this attack. Cover-ups so poorly executed (convoluted with many conflicting accounts) that it leads one to speculate if these people weren’t already confident of their own immunity from any accountability that they simply didn’t care about how much effort they put into appearances. Much like Obama’s own pathetically dismal performance during his final debates with Romney leading up to the 2012 Presidential elections. Obama didn’t care because he knew in advance the election was his.

That’s only speculative, but what else can be ascribed to so much conspicuous apathy given the gravity of such critical matters? Apathy & other extenuating circumstances which are enough to raise a critical eyebrow of any discriminating free thinker. Or else it could just be too that this President & those in his administration are huddling behind Obama’s color since black seems to be the new Teflon in Obama’s America & all around the Democrat plantation when it comes to evading culpability from certain deliberate transgressions & corruption by certain privileged members of our society today.

Meanwhile, South Carolina Republican (RINO) Senator Lindsey Graham has come out with his response to Carney’s assertion in the next excerpt:

~Graham told Fox News he isn’t buying it. He said, “the bottom line is they feel that they can’t come forth, they’ve been told to be quiet.”

“We cannot let this administration or any other administration get away with hiding from the American people and Congress, people who were there in real time to tell the story,” the senator from South Carolina added.~

I have no use for Graham myself. Especially after his & fellow (RINO) Arizona Republican Senator John McCain’s disparaging Kentucky Republican Senator Rand Paul for his filibuster of March 6, holding up the confirmation of John Brennan as CIA director over Senator Paul’s concerns of whether or not this President has the power to authorize drone strikes on American citizens on American soil. Graham’s a GOP establishment RINO as far as I’m concerned. I have no use for GOP establishment RINO’s, but in this particular instance where it concerns holding Obama accountable for what happened to our people in Benghazi, I’ll support Graham & anyone elses efforts in that endeavor. At least until he gives me a reason to decide otherwise.

Now with this report of the Benghazi survivors having been told by the Obama administration to “be quiet”….This cements in my opinion that whatever had been going on out of our Libyan Embassy leading up to the terrorist attack (with no aid to our people even attempted by this President during the 8 hours the assault lasted), including the malfeasance that went into the ensuing cover-up, I believe if the true facts were to ever emerge on Benghazi, it would (in all likelihood) evolve quickly into being an Impeachable offense with a strong possibility of warranting the indictment of not only Obama, but several members of his administration as well on numerous criminal charges. It’s already been stated by Senator Rand Paul his belief there had been a gun running operation being overseen by Ambassador Stevens out of Libya, through Turkey, & on to Al-Qaeda Jihadists posing as rebel fighters in Syria.

I was 10 years old when Nixon resigned the Presidency as he faced the threat of Impeachment for his role in the crime of a mere cover-up. Not for the crime of the break-in itself of the headquarters of the Democratic National Committee located in a Washington, D.C., office building known as Watergate, but for his part in facilitating the cover-up of the break-in. I look at everything Obama has been allowed to get away with today & it’s staggering. If anything, Obama is indicative of just how much our nations standards have gone to Hell in the span of 39 years under the stewardship of Progressive liberals, Democrats, & RINO’s. Never have we had a man as President more deliberately antagonistic & hostile towards our Constitution & the American people as we have in Barack Hussein Obama! Obama has become the face of this epidemic Tyranny sweeping our country that is characteristic of these radical Democrats subverting & subjugating our freedoms, liberties, & Rights on a daily basis! The Party of Treason with their complicit Agents in the liberal media helping to push a seditious narrative & done by their intentional campaign of misinformation to the American people (or rather the low-information segment of our populace as they’re called)!

What then is the distinguishing difference that separates these radical fascists of today lurking under the Democrat Party banner from those southern Democrats of the 1800’s who seceded from the Union simply in order to perpetuate the institution of slavery (to the extent those Democrat progenitors instigated a Civil War that tore our Republic apart pitting brother against brother & epitomizes every necessary prerequisite to appeal to the lesser base traits of human nature being intrinsic to what it means to be a Democrat)? There is no difference because they are ALL cut from the same cloth & they are ALL traitors to their country! Now the inmates run the asylum. They labor to overwhelm our systems of government. They allege lofty ideals bankrupt of morality & sensibility as they bankrupt our nation & disfigure our society. They debase & stain our children in our very schools with licentious depravity. They run riot using our own Constitution against us to further their own tyranny, circumventing accountability. They are the architects & composers of their own desecration. Of their own collapse & ruin.

The question that must be asked is how much further will we continue allowing them to drag the rest of us down with them?