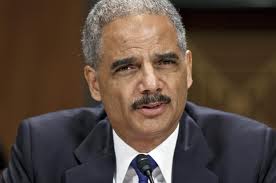 I am about to share something with you that may blow your mind. One of the reasons that I am, and will continue to be, against big government is that big government has too many rules. Too many rules typically means too much government control and too many excuses to arrest law-abiding citizens. We live in a country that accounts for roughly 5% of the world population but boasts 25% of the world’s prison inmates, so you can call me paranoid if you want but this is certainly not the “land of the free.”

Are you aware that before you overthrow your federal government you must first register with them and tell them of your intentions? I am absolutely serious, I will share the letter of the law with you in a moment.

After reading this document thoroughly I would wonder what kind of argument Eric Holder’s office might have for making this blog into an “unregistered” group that is engaging in “Civilian Military Activity.” It’s not the intent of any law that scares me, it’s the interpretations that one can gain by reading between the lines. It’s no different than our own 2nd Amendment. The founders wrote one thing and it is being interpreted in a totally different way.

I was able to trace the origins of this document on a government website and this might surprise you:

“The Voorhis Act of 1940 (18 U.S.C. 2386) required the registration with the Attorney General of certain organizations which advocated the overthrow of the federal government or any political subdivision thereof by the use of force or violence.”

I want you to understand the origins because, contrary to popular belief, not all of these things have happened under the Obama administration. Fema camps were discussed in the Reagan administration with a document called “Rex 84” that was written by Oliver North. I don’t like Obama, but our government has been progressing toward corruption for a long time.

Before you read this document, I want you to keep a couple of things in mind. These are just my opinions but I think they have some merit. I think this is one of the backdoor ways that the government will use to round-up “Patriot” types if we get to that point. Please try to hit the high points of the document. I know the reading is pretty dry but I want you to understand that you can be imprisoned for up to 5 years simply for belonging to the wrong group of people. Here is the document:

(A) For the purposes of this section: Attorney General means the Attorney General of the United States; Organization means any group, club, league, society, committee, association, political party, or combination of individuals, whether incorporated or otherwise, but such term shall not include any corporation, association, community chest, fund, or foundation, organized and operated exclusively for religious, charitable, scientific, literary, or educational purposes; Political activity means any activity the purpose or aim of which, or one of the purposes or aims of which, is the control by force or overthrow of the Government of the United States or a political subdivision thereof, or any State or political subdivision thereof; An organization is engaged in civilian military activity if:

(1) it gives instruction to, or prescribes instruction for, its members in the use of firearms or other weapons or any substitute therefor, or military or naval science; or

(2) it receives from any other organization or from any individual instruction in military or naval science; or

(3) it engages in any military or naval maneuvers or activities; or

(4) it engages, either with or without arms, in drills or parades of a military or naval character; or

(5) it engages in any other form of organized activity which in the opinion of the Attorney General constitutes preparation for military action; An organization is subject to foreign control if:

(2) This section shall not require registration or the filing of any statement with the Attorney General by:

(3) Every registration statement required to be filed by any organization shall contain the following information and documents:

Did you enjoy this article? Want to buy me a cup of coffee? The D.C. Clothesline is able to stay online because of the generous donations of our readers. Thank You for all of your support: past, present and future. -Dean Garrison