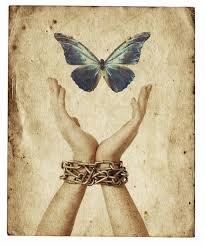 I am always amazed and saddened at the fact that our country has slipped so far that people can no longer simply allow people to have their own opinions without trying to “rip” those that have differing opinions than our own. Personally, I don’t understand the need to condemn people based on their opinion. Who cares? So we have different opinions… SO WHAT? Seems that is no longer allowed, why?

I wish EVERYONE would just STOP trying to cram YOUR wants, wishes and opinions down OTHER people’s throat. And quit being “offended” by other people’s beliefs. Don’t want to smoke? Don’t! Don’t think alcohol is ok? Don’t buy it, don’t drink it, don’t make it, you don’t even have to SAY it if you don’t want to. Don’t like big SUV’s? Don’t buy one! Don’t think a Prius is for you? OK, fine don’t buy one. Think a Prius is the greatest car on earth? GREAT, buy one for you and for each of your neighbors if you want to. Don’t like the President? Fine. And if you do? OK. Believe that alternative energy is the way to go. Have your house rigged for wind power, solar power, no power, or invent something totally new; it is your house. Don’t mind paying a huge electric bill? Go buy 3 refrigerators and leave your windows open while the heat and A/C are running for all anybody should care. Don’t want to drink soda? Fine, NOBODY should make you. Don’t like raw milk? Don’t buy raw milk. Think it is ok to drink toilet water? Go ahead, doesn’t matter to me. Don’t want to eat meat? No problem, don’t. Don’t want to own a firearm? Super, don’t buy one. Don’t like the letter “R”? You don’t ever have to use it again (but you’ll never be able to abbreviate _ail _oad again).  Don’t like Christmas?  You do not have to participate.  Don’t want to see or hear about it… then you can stay inside during the Christmas season with your TV and Radio off or close your eyes and plug your ears as you walk by, it will not offend me. Don’t believe in gay marriage? Fine, I suggest you don’t marry a gay person. Don’t think you should buy anything that you don’t “NEED”? Then don’t, you even get to decide what you don’t need. Feel like you “NEED” the biggest T.V. you can find. Go for it! Want to buy one for your next door neighbor? Hey, you do what you want with your money. Don’t like the Bible? Don’t read it. Believe you should pray and give thanks before every meal? Then you should, no matter whether you are in public, in school or in private. Don’t want to stand for our national anthem?  Fine, it is well within your right to be disrespectful and if we ask most combat veterans they’ll be the first to defend their right to NOT stand; it is part of the rights they defended with their lives – now THAT’S HONOR!!  Don’t like yellow cars? No problem, just don’t try to force anyone else to not be allowed to buy a yellow car. Why in the HELL is everyone so concerned with what others do, eat, drink, drive, ride, grow, smoke, believe, want, use, and THINK??????

And for the whole homosexual craze that Hollywood seems to be selling as the “in thing” right now… well I figure it like this… If my GOD, being the wise and omniscient God He is, decided to give each of us freewill… and knowing that judgment is HIS… as long as they leave me and mine out of what they do… it is NONE of my business (between them and GOD – I am pretty sure He’ll handle it better than I would anyway – as He does everything when I’m not too stupid to let Him). Now, I will NEVER agree that it is right or acceptable behavior but that is MY belief and is representative of ME.  As for marriage… I have never believed that it is a power of the state to start with… it belongs to GOD. GOD is who married my wife and me, the preacher performed the ceremony and the state just charged a tax and required a few signatures on a form and then entered it into their books. If gays want to do that, and the state wants to accept it and they all want to call it “marriage” so be it (I know better)! Because if GOD didn’t do it, you are not married I don’t care if you are gay or straight (and THAT is MY opinion. It is a reflection on me and nobody else.) If we teach our kids our beliefs about right and wrong, THAT is what will truly guide them, not “do what you please” – their moral compass will instead tell them, “Do what you know is right!” Besides, all this everybody pushing everybody else to do what is “politically correct” and forced by the atheist groups under the threat of lawsuits, seems to be destroying us rather rapidly as it is.

My solution is… We ought to weave two rules into society to replace this “P.C.” mentality… (1) it is not OK to try to FORCE your beliefs on others and (2) everyone is responsible for their own beliefs, opinions and actions and they are a reflection on that person and nobody else.  As long as what someone is doing does not hurt (injure) anyone else, and as long as what someone is doing doesn’t infringe on another person’s rights, it should be of no concern to ANYONE what another person does.  Somewhere we have forgotten… THAT IS FREEDOM!!!

© Jerry M. Agan, Jr. 2013
This work can be freely disseminated ONLY if done so in its entirety and authorship credit is duly given.  Friend on Facebook at: https://www.facebook.com/ja2tn or at: http://www.wepluribus.net/Jerry_M_Agan_Jr/

Thank You Jerry for sharing this with us. All readers of DCC are encouraged to share their views and opinions with us. Please send your article submissions to [email protected] -Dean Garrison