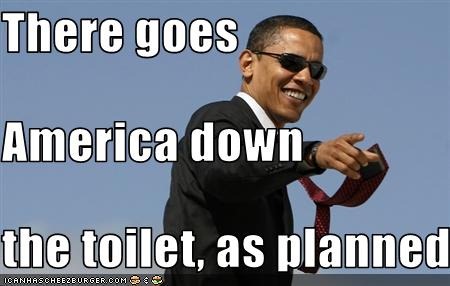 America’s Exceptionalism is deliberately being turned into the Mundane or Ordinary!

With all of the above—and more—How is the “Hope and Change” working for you??

Why would any thinking American want to continue on this road to   disaster? It’s time for a REAL change—the last chance to save America!! With his re-election, and his continuing the same disastrous policies, Obama is a candidate for impeachment. Articles of impeachment need to be drawn up and acted upon by Congress!!

Thank You Skip for sharing your thoughts with us. Our readers are always encouraged to submit their ideas, opinions, rants and articles for possible publication. Please send all submissions to [email protected] -Dean Garrison