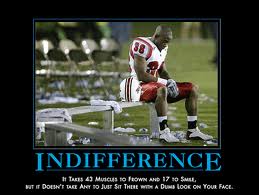 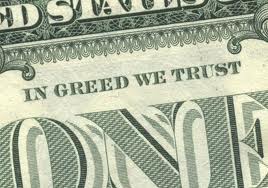 How many of you are aware that about the same time that Cyprus levied the bank accounts of their citizens, Australia seized “inactive” bank accounts from their populous? There are currently several articles online about the recent Cypriot money grab and whether this will happen in the US, though few are the articles about this new “law” in Australia. Here is one: (http://www.news.com.au). Not surprisingly, whether in Cyprus or Australia, this news has been met by a ho-hum response from our media.

The issue for all citizens everywhere, in reality, boils down to property rights. The corresponding question: Who has a right to your property? The US Constitution says (in essence) only you do. But in practice, that hasn’t been the case in the US for a long time. Rights to real property and finances have been infringed on by the government and supported by the courts for decades. Especially recently, our Bill of Rights has been severely eroded.

Many people continue to believe if the politicians “tax us too much” we can just vote them out. Anyone think they’re not taxed too much? Me either, and I personally don’t know anyone who doesn’t complain about tax rates — whether sales tax or income tax. And yet, strangely enough, voting the politicians out hasn’t been happening. Isn’t it past time to ask why?

I started asking questions and one response I received really made me think about the current trend of apathy toward individual rights in our country.

From reading the afore mentioned article, it appears that the Australian government felt no compulsion to convince their citizenry of any immediate need or justify this action in any form. They obviously did not have a national conversation. In fact, this article makes it clear that the customers are unaware of this issue, and it is difficult to see the urgency in such an imposition.  No concern of a “dire situation” was raised there other than an expected shortfall of cash from a decrease in business taxes. Of note, they expect a $15 Billion shortfall in May.

I realize that Australia’s government system is a Democracy, and the USA’s is a Republic.  However, I personally have no doubt the US Government is going to devise “proof” that the general masses will buy into allowing them to confiscate more and more and more of our money, and other private property. I suspect they will not do so this week, this month, or maybe even this year. They will likely let the news of the Cypriot infringement blow over so that the public once again can be distracted by other unimportant things, and pretend that the Cyprus government was acting in the best interest of its people, and that our government would NEVER do this to us.

And so, when our Federal government DOES prove to us that our situation is dire, they have a number of options to choose from for proof: created crises, further stonewalling about illegal or corrupt government practices, inability to pay our policemen/firemen/military, or even making sure they borrow SO MUCH from China that our financiers decide we have become a bad bet and they stop loaning us money (or any of a number of other options). Of all those, consider how quickly China refusing to loan us more money would put an immediate crisis on the table.  Representatives in our government from both parties have recently been proudly stating we don’t have a debt problem. Anyone else see the writing on that wall?

Take a moment to reflect on the current state of this nation. If nothing else, the general public appears to be under an evil spell, in that they just go along with whatever the Federal government throws at them – believeing the lie that it’s for the greater good and refusing to open their eyes and see what’s really happening. As has been discussed ad nauseum on this page as well as several other sites, and I’m sure most of you agree, anyone who dares to disagree is targeted, marginalized or ostracized, if not arrested and detained.  Fear and intimidation are the tactics this country’s government is counting on to control us, and what the people have purchased as acceptable reality.

Frankly, it is an undeniable fact that people of all creeds and nations are susceptible to the “if it doesn’t directly affect me it isn’t worth worrying about” mindset. This attitude of indifference has consumed our nation, created infighting in the citizenry, spawned “class warfare” where we have only perceived classes of people, and hardened our hearts to our neighbors’ plights.  If ever we did, we no longer have unselfish love for our neighbor – only indifference.  And when some unfortunate circumstance befalls us personally, we wonder why no one else seems to care.  As a Christian, this seems prophetic to me. Christ warned us in Matthew 24:12, “Because of the increase of wickedness, the love of most will grow cold.”

May I be candid? I feel like we are living at a carnival. I am dizzy and nauseous from riding this merry-go-round. I wish I could disembark before the toilets overflow and there is no more clean drinking water. But the doggone Carney has been put in a position to keep the ride going.  There is to be no stopping for any of us until we crash and burn. And our money at that point, may be completely worthless. It would be easier to bury my head than face reality; however, that is apparently not my calling.

Thank You Angie for a wonderful contribution. For those of you who do not know, Angie is one of the moderators on our Facebook Page. All of our readers are encouraged to submit their own viewpoints for possible publication. The D.C. Clothesline is not a collection of professional bloggers or journalists. We are a blog for the people and by the people. Submit your stories to [email protected] -Dean Garrison