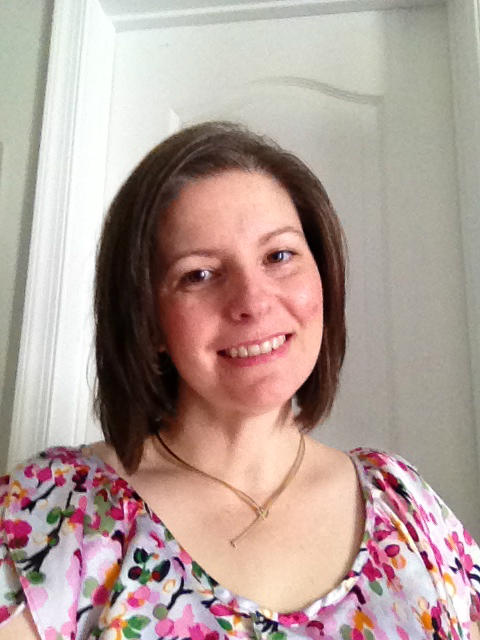 So, how do you think we get tough? If there’s no cause to be tough, are we tough? Where are the tough guys when the going is easy? Are they partying? Are they watching TV? Being entertained by Gangnum-style dancing videos? Playing video games? Or do they magically appear when the going gets tough?  REALLY, how do these “tough” people come about? Have you ever thought about it?

As a culture we love to think we live in the biggest, baddest, toughest nation on Earth.  But, with the exception of some, we don’t have much experience with suffering or tough times. We live in a very comfortable nation with lots of gadgets and goodies to quiet our every want and need. We might be well instructed to make an extended visit to a Communist country or a war-torn nation where the citizens are on alert all day, every day, in fear for their very lives.  Those visits would give us some idea of what it would be like to live with daily distress, but as a temporary situation, it won’t teach us much. It might remind us how grateful we should be, though.

We recognize the full frontal assaults on our freedoms that have taken place in the past few years. But, if we are honest with ourselves, we know they’ve been happening for decades.  The blatant attacks of late is a circumstance we’ve never dealt with directly before as a generation, at least from our own government.

So, considering this what does it now mean to you to be tough? When do the tough get going? And when we “get tough,” what are we willing to risk or lose? Our lives? Our children’s lives? Our last red cent? Our honor? Our freedom? Our faith?

Many of the founders suffered the loss of children, estates, and/or fortunes during the Revolutionary War. This could be our fate as well should we choose Rebellion against the US Government. By engaging in rebellion against their King, they knew their lives were forfeit if captured, and had the Revolution not succeeded, they would have been hanged as traitors.  But, they had taken enough pain from their government.

The realities of life suggest that we find our inner “tough guy” because there is no other reasonable choice, and he isn’t found until then. Once found, there are choices many people make that would have previously been unfathomable. This next thing I share not to gain sympathy, but to demonstrate the concept of unrealized inner toughness. I have a daughter who valiantly fought cancer for three and half years before it took her life. The daily discomfort, pain, and physical assaults on her body were hard to watch; it was hard to accept the limits of what we could do to help her, and even harder knowing that there were choices we made that caused her discomfort, illness and pain – because at the time, there wasn’t another acceptable choice, other than to do nothing. As a mother, there isn’t much that’s worse than that. Except losing your child. That’s worse. Prior to her diagnosis, I would NEVER have considered poisoning my daughter (with chemo), or making her do physical therapy when it hurt so much it brought her to tears, or leaving my other daughter for months on end because of the medical requirement to be near a Children’s hospital that was hours from our home. I did what I had to do to help my child, even though prior to those moments I would never have thought I had it in me. But then, there was the inner tough guy just waiting for his (or her) chance to rise up and take action.

So if you’re starving, hunting and killing an animal could quickly become a choice you make that you would never have previously made. That’s pretty straight-forward.  If your child gets an infection, you will choose to take them to the doctor to get the medication they need. Also straight-forward.

But what about choices that have far deeper consequences? Such as a choice between life and death, or liberty and tyranny?  What if said tyrannical society keeps you comfortable, distracts you with gifts so that your life is easy, and strokes your ego by telling you that whatever you feel or want is your right? Do you stand up and confront them, or do you agree with them that this is a pretty good deal? That’s what has slowly been happening for decades in this country. And we have slowly but effectively traded our liberty for security. We didn’t realize it was tyranny – we were promised and expected security. But they misled us – and instead imposed tyranny.

Not until our patience has worn thin with these infringements, until enough pain is imposed, will we actually DO SOMETHING about it. Why? Because pain is a great motivator; an effective wake up call. Because suffering produces perseverance, character, and hope. So if there is no suffering, then there will be no new action – no great action – no tough guy who gets going.

So we can continue to accept tyrannical rule, or we can stand up and refuse it.  I suspect most of us have realized there is willful blindness occurring in much of our political leadership regarding the state of our country, and we want desperately to boldly rise up and take a stand, but we don’t want to be alone. And yet we know we must at some point stand up together, lest we lose freedom for ourselves, our fellow citizens, our children and our grandchildren, we must choose to be courageous, even in the face of the fearful master.

I am not attempting to incite riot. I am attempting to reiterate the age-old adage “If you don’t stand for something you will fall for anything.” I am asking you to think about what this all means. I am encouraging you to prepare your heart and mind. I suggest there is a deadly cancer that is eating away at our nation. I know – and you know – we must restore Liberty or lose our nation and our freedoms. But how will we do it?

Not of our own power, that’s for sure. It will require more of each of us than commentary on a webpage, or a peaceful protest of 100,000 people walking on Capital Hill, more than we could have ever fathomed.

One thing we had in our corner while our daughter was fighting for her life, was a good, loving, powerful and providential God. He never abandoned us.  We remain grateful to have Him in our corner every day. We have a God that is bigger than any cancer. A God who keeps his promises, who gives liberty, and saves His people. A God of hope. God gave us the strength to do what was required in those moments of unfathomable pain and torment. He has comforted us in our times of greatest pain. God is bigger than our government, and bigger than the cancer that is eating away at our nation.

And when we – as a people – turn away from our disregard for Him and His standards, and restore Him to His rightful place in our homes, hearts and lives, we can count on Him keeping His promise to once again deliver and bless His people like we could have never dreamed.  He is our last and greatest hope. So, are we willing to turn to Him? To lean on Him? I am. With him, I don’t believe anyone or anything can successfully come against me. I may not receive every thing I ask for, but I have no doubt that His promises will be kept and fulfilled.

So, the secret to restoring our liberty lies in how much pain we are willing to tolerate, and in whom is on our side when we finally stand together and face the fearful master.

2 Cor 7:14 If my people, which are called by my name, shall humble themselves, and pray, and seek my face, and turn from their wicked ways; then will I hear from heaven, and will forgive their sin, and will heal their land.

Angie Ivey is one of our moderators at The D.C. Clothesline Facebook Page. I would like to thank her for another wonderful submission. The D.C. Clothesline is a little different than most publications on the internet. We strongly encourage our readers to submit their articles and opinions to us. Our goal is to be the blog of the people. Please send your submissions to me at [email protected] -Dean Garrison