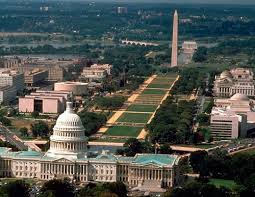 While what follows is solely my opinion, it is an opinion based on extensive knowledge and on information gathered from personal experience and research. I do not claim to be an expert on anything, but rather a logical person who weighs the consequences before reacting.

Washington D.C.: our Nation’s Capital, home to the center of government, national nerve center, federal authority and countless monuments, memorials, archives, etc. It is also one of the most heavily secured places in this Country.  It may not look it to the casual observer, there are wide open places where thousands can congregate, and you don’t see armed soldiers on every corner. Don’t let that fool you into a sense that they are not prepared. Within those streetscape corridors lies some of the most sophisticated defensive weaponry ever devised. The people tasked with keeping our Capital City secure, are some of the best trained you will find anywhere. They know their turf like you know your family, every field of fire committed to memory, each lane of advancement and egress etched into their memory banks. Five hundred of them could defeat several thousand would be invaders simply due to the fact that they know the City and have a tactical advantage. Plus, there are Remotely Operated Weapons Systems (ROWS) which when brought into play tilt the odds so severely against an invading force that many of our would be enemies have decided that D.C. is not a place they want to stand and fight. Sure they will lob rockets, missiles, and mortar rounds from a distance but an actual boots on the ground, street to street running fire fight is something they all agree would not be wise. An armed incursion into the Washington area is seen by them as foolhardy and a waste of valuable manpower. If they were unwise enough to do this they certainly would not announce the fact that they were coming. No, they would know their forces would be met with really beefed up measures and manpower and it would not end well.

There is one thing that all Military members agree on; they do not care if you are Al Qaeda, Russian, North Korean, etc.  If you mass an assault on the Capital you are the enemy, no matter who you are or where you came from. Once you have come into that City armed and taken aggressive action you are an enemy combatant and will be dealt with as such.

As I stated this is all my opinion, though based on facts, and in my opinion any force that would attempt an invasion of Washington D.C. should have their affairs in order and have made peace with their God.

Thank You so much Jim for your editorial. I happen to agree with you but that is not a requirement for publishing anything on this site. 🙂 All of our readers are encouraged to submit their opinions and articles. The D.C. Clothesline will remain an open forum for your ideas and discussions. If you would like to submit something for possible publication please email me at [email protected] -Dean Garrison