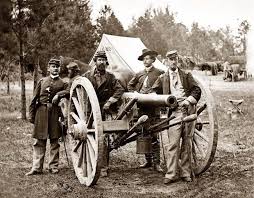 This nation is closer to a Civil War than it has been since 1861.

Scary thought, isn’t it? Especially to those who have seen war and know from  personal experience what it is like. If you are older than 35, would you ever have dreamed that one day, in our lifetimes, our country would be reduced to this? Sometimes it makes me want to cry for America. It makes me want to throw a fit and smash things, rage and scream like a wild man. I want to grab my weapons, march to Washington DC, stand up in front of Congress and the president and say, “Now Look, this is the way it is going to be or by God, I will start shooting!”

Kind of childish, isn’t it? I didn’t ask for the crap that is going on today. I don’t want it. I am near 60 years old. All I wanted was to live out the rest of my days in peace. I wanted to live out those days in the America that I knew and loved, where one was safe and didn’t have to worry about what the government was planning to do to you.

So much for that. Life has changed, as it is supposed to. But it is not a good change. It remains to be seen what good can come from this state of affairs. The one thing I do know is that it is up to us . . . each one of us. . . yes, that means you . . . to bring forth whatever good can be found.

I am very proud of the American people. Well, not the democrats and libtards obviously, but the conservatives and the rank and file. Despite this crisis, we have not panicked. We have not run around in circles screaming, “the sky is falling” and wringing our hands. We have not gone off like drunken fools to shoot up DC and impose our will. We have been patient and tried to give our elected officials time to do what is right. We have been preparing, but one can never be prepared enough. And time is getting short.

I earnestly hope and pray that our differences with our government can be settled through peaceful means. I know many are speaking of open rebellion against the government, but I know of no one who wants to overthrow the American system of government, only those people that currently occupy that government. If our differences can not be settled by peaceful means, then I am one who advocates rebellion. Again, time is getting short.

If you are a Christian, I would highly recommend that you attend a Passover seder if you have the opportunity. There is a lot of symbolic meaning for Christians in the seder that goes back at least 2,000 years before the time of Jesus.

I bring this up because I am reminded of one particular Passover that took place 70 years ago, in 1943 in Warsaw, Poland. There is, quite possibly, no more unequal struggle throughout history.

It was on the first night of the Seder in 1943 that the Germans began the process of attempting to liquidate the Jewish community which lived in the Warsaw Ghetto. Like many other persecutors throughout history, the Nazis favored assaulting the Jewish people on their holidays. Yet, the Passover spirit proved to be stronger than the Nazis, for the Nazis were not given the easy victory that they had sought. According to the Hagadah, “It is not only one that has risen up against us to destroy us. Rather, in every generation, they rise against us to annihilate us. However, the Holy One, blessed be He, saves us from their hand.”

Thus, in 1943, the Nazis were the ones to “rise against us to annihilate us.”

However, the Jews of the Warsaw Ghetto, inspired by the Passover story, rose up against the Nazis and demonstrated that a struggling community of half-starved Jews had the power to hold out longer than countries like Poland and France against the Nazis oppressors. “Imbued with the call of Moses, they too declared, ‘Let my people go!’”

“They took up arms, though no one gave them arms. They fought, though no ally fought with them. On this night of Passover, the Jewish birthday of freedom from oppression and slavery, they restored self-defense and power to the Jewish people. Not many of them survived. Thus, on this night, when God watched over us millennia ago, we honor the memory of the young men and women of the Jewish Fighting Organization of the Warsaw Ghetto with a pledge that we will never forget the gift of revolt against tyranny that they bequeathed to us and to all humanity.”

If war against our government does come to us, then let us look to these brave warriors in the Warsaw Ghetto for hope, for inspiration, for courage. Let us follow their example so that all may see that we fought against oppression and slavery. When our story is told around the world, let it be shouted to the heavens that we fought for freedom.

A Few Notes from the Editor: Jim Copenhaver is a frequent contributor to The D.C. Clothesline. Our readers are always encouraged to share their own views and stories with us.  If you have something to contribute please send it to [email protected]