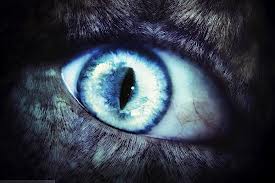 People, I’m not even sure how to say what needs to be said here or where to even start given the subject matter of what my Blog today is about. Yesterday as I was listening to Rush Limbaugh on the radio in my van while running errands, I heard Limbaugh discuss a topic during his monologue involving Planned Parenthood. A topic so unbelievably outrageous it literally defies belief initially of any reasoning mind that dwells in the province of sanity. I’m sure many of you have already surmised what I’m talking about. It’s a true life horror story, but the monsters aren’t hiding in our children’s closets or lurking under their beds. These unspeakable things are in their classrooms! In broad daylight! Under our very noses! But this isn’t a Stephen King novel or the latest grisly Hollywood Slaughterfest. God help us, this is reality & once your mind finds itself able to accept this, as you feel your pulse begin to pound in your temple throbbing with infuriated revulsion almost incandescent in the veil of red you start to see this through, your first human reaction & instinct is to kill them all! Without a shred of mercy or an ounce of compassion because they deserves NONE!

I am angry trying to write this. Trying to hit the right keys to say the right words, but it’s difficult at the moment. As Limbaugh opined on his program trying to provide a comprehensive explanation over this current gay marriage debate with the Supreme Court now having been brought into the fray, describing how we’ve sunk to this point in our nation, he referenced as a means to further illustrate his point the March 26th article by columnist Paul E. Rondeau of The Washington Times titled, “Hooking kids on sex: Start “saturation process” in kindergarten”. An article I went online to read for myself. I couldn’t even believe what I was reading much less what I was seeing in the accompanying video. The following is the accompanying video & an excerpt from this article with the link provided below:

This is not your grandmother’s sex education about how things work and what can go “wrong.” In fact, the exact opposite is the essence of the Personal Responsibility Education Program (PREP):  Obamacare funnels $75 million annually into PREP, which must be used exclusively for Planned Parenthood-style “comprehensive” sex ed programs where no type of sex is wrong and the only sexual behavior PP considers “unsafe” is becoming pregnant.

More than one-fourth of the funds ‒ $20 million ‒ has been awarded to a coalition of six Planned Parenthood affiliates, operating under the name Northwest Coalition for Adolescent Health, to implement HHS’s TOP program across Montana, Oregon, Idaho, Washington, and Alaska at over 50 sites. In Oregon schools, Planned Parenthood is paying children cash incentives to participate.

PP is funded with our tax dollars to market sex to our children in our schools under the guise of sex education, anti-bullying, diversity, and tolerance. Once sexualized, those children then become PP sex customers for contraceptives, STD testing, and abortion.

“A glance at the teacher outline for Lesson 1A, the introductory lesson (page 12 of the linked PowerPoint presentation), shows exactly how abstinence plays out in the sex-encouraging scheme at Planned Parenthood. ‘Abstinence,’ it says, ‘means choosing not to do any sexual activity that carries a risk for pregnancy or STD/HIV,’” says Rita Diller, national director for STOPP.org.  “In other words, abstinence has nothing do with abstaining from sex acts. So long as the student avoids STDs and pregnancy, and is comfortable with what he or she is doing, it’s an anything goes.”~

They do this to our children! OUR CHILDREN!! I knew what was happening in our schools was bad, but THIS?? I’m a parent. My son will be 21 later this year, but it doesn’t matter how old your child gets. They’ll always be that little 4 year old who runs you ragged at the local Park playground, who wants you to read them a story at bedtime, who pees down the back of your shirt riding on your shoulders during the walk back from the video store having rented the latest animated Disney movie on VHS to watch later that night over bowls of ice cream or glasses of Root Beer Floats, or who walks up to lean against you while you’re fixing supper looking for a hug & just to say they love you. There will always be a part of you that is that parent no matter how old your child gets. No matter the ups & downs that inevitably occur as they get older or in those subsequent teenage years in their newly discovered worldly wisdom of teen know everythingness their believing they need you less & less.

While I read that article & watched the accompanying video I was suddenly that parent again. I felt a genuine sense of horror intermingled with a growing rage at seeing this filth, understanding it was advocated by deviant fiends who are nothing less than monsters compressed into a strained masquerade of sallow human skin. These things prey on our children & feed their sick appetites on their innocence in our own schools. I do not know how to respond to this in a way that doesn’t demand blood. I know how protective I was of my son & if anyone would have ever been suicidal enough to have laid a finger on him with a perverts intent, their life after that would have been scant, ending in an agony only surpassed by the Hell I delivered them to.

But THIS? This is evil! Premeditated deliberate evil! On a level that’s almost impossible to wrap your mind around believing this could actually be happening in our public education system, but it is. Just read what else this article had to say in the next excerpt:

Back in 2000 at Tufts University, a state-funed sex education workshop targeting 14-21 year olds caused a scandal dubbed Fistgate. A Massachusetts state official who spoke to teens at the conference said:

This bizarre and dangerous sexual act was presented to children as young as 12-14 as run-of-the-mill normal sex. When PP participated the next year, in 2001, recording devices of any kind were banned and the media was not allowed in to any of the workshops.~

How do you even begin to respond to minds so twisted as to conceive of things like this? We need to begin truly understanding the extent at the complete vacuum of humanity we’re dealing with in depraved individuals such as these. Planned Parenthood is just one facet of several in this perverse ideological disease of Progressivism that is inexorably reducing us into a nation of the walking dead. It is however only one pigment in a broader palette of darker shades that combined, paint a larger picture you have to step back from to see in all of its grimly surreptitious detail…

So in regards to Planned Parenthood’s origins, we have in its controversial founder Margaret Sanger, a woman described as a liberal feminist with racist motives responsible for laying the foundation of a system of butchery that has spanned decades. A system that when looked at in the cold light of day, is no less heinous in comparison to the system of eradication established under Hitler & his Third Reich which was responsible for the slaughter of approximately 6 million Jewish people. Hitler’s reign however was finite. Brought to an end by American & Allied forces in World War II & 12 years after it began. Planned Parenthood’s system of indiscriminately eradicating human life however has been ongoing since 1936! In a January 7, 2013 cnsnews.com article by columnist Penny Star titled, “Planned Parenthood’s New Annual Report: We Did 333,964 Abortions; 1 Every 94 Seconds”, she goes on to state these statistics in the following excerpt:

That works out to an average of one abortion every 94 seconds.

Since 1936. Going on 77 years of a system that has become so institutionalized in our society under the grievous misnomer,  “freedom of choice” to our eternal shame. I’ve seen pictures of what various procedures of abortion at various stages of pregnancy do to an unborn child. It’s abhorrent & heartbreaking & if you can come away from seeing such things with your eyes still dry then I’m sorry, but something is wrong with you. When I think about it, those on the left end of the political spectrum’s support of everything queer or anything else for that matter pales compared to this, but when you combine it with everything else we’ve allowed these degenerates to disfigure our society with, is it any wonder then why God would turn his face from us?

Allowing us to descend to these depths that we have now which has so many distraught & beside themselves yet still ignorant enough to question how this has all happened & how did we ever come to this.

Matthew, verse 14:  But Jesus said, “Suffer little children, and forbid them not, to come unto me: for of such is the kingdom of heaven”.