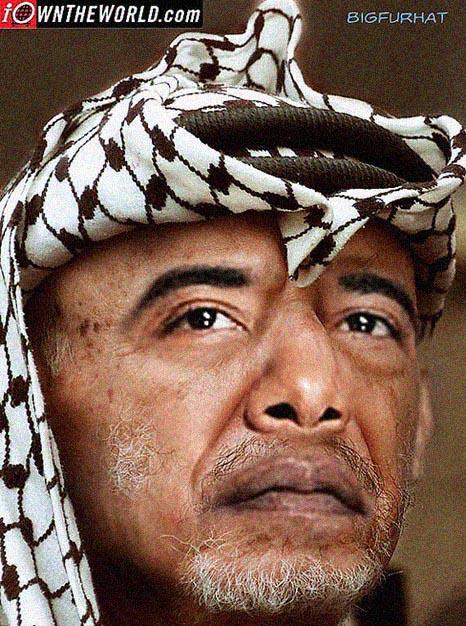 Well, as lawmakers from either of these defunct political Parties on Capitol Hill labor to craft legislation that would (in their obsequious pandering) pave the path to citizenship for a reported 11 million illegal aliens currently residing ILLEGALLY in our country, we’ve been greeted in recent headlines at breitbart.com via the Associated Press of Mexican drug Cartels being behind increasing violence in the United States & also of these same Mexican Drug Cartels operating deep within the United States. However, I’ve been hearing of Mexican drug Cartel activity going on in our country for awhile now, long before any of these reports. These headlines have the distinction of coming directly on the heels in the current slayings of Texas District Attorney Mike McClelland & his wife Cynthia after they were found shot to death at their home in Forney, Texas on Saturday, March 30. Their deaths coming 2 months after McClelland’s colleague, Kaufman County Assistant District Attorney Mark Hasse was fatally shot about a block from his office at the Kaufman county Courthouse on January 31.

In an excerpt from the April 1st, breitbart.com article titled, “TEXAS SLAYING FIRST TIME IN HISTORY WIFE OF U.S. PROSECUTOR HAS BEEN TARGETED“, it goes on to say:

~A “national security expert who has spent several years in intelligence gathering operations around the Mexican drug cartels’ criminal insurgency into the continental United States” commented to Breitbart News that, “this assassination of DA McClellend and his wife is meant to send a message: no one is safe, no one is beyond our reach. We will kill you and your loved ones. We are in control here.”

“This is a significant point of escalation in the crisis,” he said. “This type of high-profile targeting of public officials is a classic insurgent tactic. Its escalating use inside the US shows a complete lack of fear of consequences and demonstrates the fundamental shift in the strategic landscape that has already occurred.”~

Many of you might know that since the McClelland’s shootings, U.S. Texas Congressman Ted Poe prematurely came out implying that the McClelland’s may have been targeted by a white supremacist group known as the Aryan Brotherhood. This speculation of a white supremacist groups involvement I remember being alluded to in the aftermath of the March 19th murder of Colorado Department of Corrections Director Tom Clements, who was fatally shot at his Monument, Colorado home by a suspect later identified as Evan Ebel, who was subsequently reported to have alleged connections with the Aryan Brotherhood. In an April 1st online article at the guardian titled, “White supremacist group linked to killing of Texas district attorney“, an excerpt goes on to say:

~”A Texas prosecutor and his wife who were shot dead over the weekend may have been the targets of a white supremacist group, a US congressman said on Monday.

Republican Ted Poe speculated that the Aryan Brotherhood may have carried out the killings of Kaufman County district attorney Mike McLelland, 63, and his wife, Cynthia, 65.

The couple were killed two months after Mark Hasse, the assistant district attorney for Kaufman County, was shot dead. Kaufman County was among a number of agencies to have brought a racketeering case against the Aryan Brotherhood, a white supremacist prison gang. In December the Texas department of public safety had warned the Brotherhood was “actively planning retaliation against law enforcement officials”.

Interviewed by CNN on Monday, Poe said “I believe it is a group,” when asked about the killing of the McLellands. “It could possibly be the Aryan Brotherhood,” he said.

Poe, a former judge and prosecutor in Texas, did not elaborate, but stressed that only 13 prosecutors have been murdered in the United States in the past 30 years. He said the Texas killings were “specifically aimed at certain people in particular roles in law enforcement.”~

I’ve observed however that the Uruk-hai of the mainstream liberal media & even FOX NEWS are running with the white supremacist narrative, but personally, I found myself being skeptical to begin with of a white supremacist groups involvement in any of these shootings. Especially given the politically erratic climate provoked by Obama & his Homeland Security Secretary Janet Napolitano’s targeting of white middle-class American’s as likely terror suspects back in July of 2011. Followed then by more recent developments as Obama signed on January 2nd, 2013, the 2013 National Defense Authorization Act granting himself the authority in being able to indefinitely detain U.S. citizens on U.S. soil along with the DHS having purchased billions of rounds of hollow point bullets & 2,717 light-armored vehicles. Ironically the video accompanying the link below has been restricted as “private” by youtube & is unavailable for viewing. Go figure.

I can’t recall myself the last time in recent memory I’ve heard of any white supremacist group (let alone a Prison gang white supremacist group) being mentioned in the news for anything except perhaps some controversial KKK Rally being held somewhere. I do recall however the New Black Panthers making headlines when their voter intimidation case was dismissed by U.S. Attorney General Eric Holder’s Department of Justice & the fallout surrounding that. I also remember later on their taking the law into their own hands as those New Black Panthers posted a $10 thousand bounty for the “capture” of Trayvon Martin shooting suspect George Zimmerman in March of 2012. An illegal act which I don’t seem to remember any of the New Black Panthers responsible being held accountable for by anyone. Go figure.

Now with reports emerging revealing Mexican drug Cartel complicity in these Texas shootings, as well as their extensive criminal activity into our own nation, I’m angry! Take into account this national debate raging across our country at the need to secure our borders as lawmakers seek (as I stated previously) to advance legislation that would pave the path to citizenship for at least 11 million illegal aliens, the recent uproar of illegal aliens advertising for free healthcare (which I don’t quite understand as these people have had practically everything handed to them as it is when they come here illegally, not to mention this government in Washington spending our tax dollars to advertise food stamps in Mexico), & given the absolutely penetrable state of our southern borders (despite & contrary to Obama & those in his administrations fallacious claims that our borders are the most secure they’ve ever been), this brazen encroachment upon our nations sovereignty is just more evidence to the complete absence of leadership we suffer from in this country! It’s no wonder how with our politicians constant deferring & acquiescing to these illegals at the American peoples expense they’ve become as emboldened & entitlement driven as they have. Then we wonder why we feel as if we have no leadership.

As far as I’m concerned the murders of Hasse & the McClelland’s are more American’s we can add to this growing list who have died as a direct result of Barack Hussein Obama’s failed leadership by design & gross dereliction of his Constitutionally mandated duties! His Department of Justice in my opinion has only emboldened & enabled the fiends in these Mexican drug Cartels back when they had provided them with high powered firearms during their criminally negligent Operation Fast & Furious. You have to wonder too if any of those weapons were used in the killings of Hasse & the McClelland’s. Let us not forget either all those thousands of criminal illegal aliens released back onto our streets across 4 States since around February 15th of this year having been described as being “low-risk noncriminal detainees” by White House Press Secretary Jay Carney. Ironically, among the rapists, murderers, & child molesters included in the ranks of those “low-risk noncriminal detainees”, we had a few members belonging to the Mexican drug Cartel as well. All released in undisclosed locations in undisclosed numbers to pose a potential threat to the safety & well-being of American citizens. Isn’t it just a bit screwed up how illegal aliens & radical Muslims get treated so much better than the average U.S. citizen who actually belongs to this country does?! Anyone else notice that little discrepancy? Then we have the current state of our open borders not only being susceptible to Mexican drug Cartels, but to radical Islamist terror activity as well. This activity has already been reported & substantiated by various local news affiliates along those borders.

Yet we have Obama’s White House Press Secretary Jay Baloney, err I mean Carney stating that our borders are more secure than they have ever been in history…

Yes, I’ve noticed that when you go to play the above video it comes up that the embedding has been disabled by request, but you can still click on the youtube logo in the lower right hand corner of the screen & it’ll direct you straight to it. Odd tho’ isn’t it how we’re finding these obstacles & increasing instances of “selective” censorship “suddenly” cropping up across the spectrum of so many alleged social networking sites?? But anyway…

Despite Carney’s assertion regarding the security of our borders, we have top immigration officials with a contrary view of our presently so-called “secure” borders…

It’s mind numbing when you consider now in retrospect all the variant forms of transgression’s this President has been allowed to commit & get away with for going on 5 years. His flagrant demagoguery of our Constitution complimented by his subversion’s of our inalienable Rights, freedoms, & liberties. His racially dividing our nation worse than any previous sitting President & deliberately stoking civil unrest among the people in his implementing a political strategy of class warfare. His purposeful devastation & demolition of our economy, national security, & military defense while he seemingly aids, funds, arms, & advances our enemies throughout the Middle East & facilitates their incursion into our U.S. government by way of his own administration. The profligate parade of successive scandals & controversies. It literally defies words almost to describe this blatantly corrupt & surreal phenomenon that is Obama, who continuously evades any accountability whatsoever for his politically calculated misdeeds.

Yet from so much iniquity, the one evil that I believe will go down in the annals of history as the hallmark of Obama’s legacy will be his dereliction & failed leadership by design in having gotten so many American’s & Mexican civilians killed.

With almost 4 years left of his 2nd Term tho’, I dread how much higher the fatality rate might potentially become before all is said & done under this bloodthirsty President!