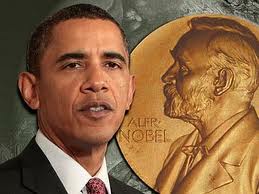 For the men reading this, I want you to remember what you were like when you were 29 years old.

For the ladies, try to envision the typical 29-year-old male. I’m not necessarily talking about your husband. Remember…he’s one of the good ones.

I am of course referencing Kim Jong-un…the leader of North Korea. But we must remember that the typical 29-year-old average American male, as dangerous as he might be with his finger on “the button,” pales in comparison to this young world leader. This young man was born to be a militant leader. His father Kim Jong-il learned a hatred of his American and South Korean enemies during the Korean War and passed it on to his son. There is nothing safe about a 29-year-old young man with his finger on the button and vengeance in his heart.  This man is unstable.

I understand that the Obama Administration constantly tries to downplay the North Korean propaganda while grouping it with former rhetoric, but I do not feel this is wise

of justified. Kim Jong-un is not his father or his grandfather.  Young men are not generally noted for their diplomacy but more so for their egos. As the world’s youngest head of state, this angry young man  is very dangerous indeed.

In my view, the Obama Administration is not doing the American people any favors by dismissing this as typical “bellicose rhetoric.” Hostile young men with egos do not like to be told they are bluffing. They are literally begging Kim Jong-un to react.  They are calling him out. He is a young leader who is new to his role of power and they are challenging him. Intimidation only works when you are dealing with a sane opponent.

We received word Sunday that the annual War Games with South Korea and the U.S. will have a special flair this year. It is an obvious show of strength but we must remember that we are dealing with a leader who already feels provoked and threatened.

While a Pentagon spokesman told CBS News on Monday morning that the F-22’s presence over the peninsula were not a ‘recent addition to the exercise,’ Pyongyang calls the joint South Korean-U.S. war games a preparation for invasion.”

And then there is this one extra bit of trivia that probably 95% of Americans would answer incorrectly. Who has the largest standing army in the world? Would it surprise you if I said it was North Korea?

This is not Iraq or Afghanistan. Waging any kind of ground war or occupation of North Korea is not likely and not in any way prudent. 9.5 million troops is enough to get anyone’s attention. So why all the continued tough talk from both sides?

I think it boils down to having two less than balanced individuals with their fingers on the buttons. While you can’t believe everything you read about 12,356 psychiatrists declaring our president insane (please consider the source before passing that stuff around my friends) you can not deny that world leaders like Nicolas Sarkozy (President of France) and Medvedev of Russia have both used the term “insane” in their description of our President.

Let’s give Barack Obama the benefit of the doubt and talk about his options. He would truly be insane to launch a ground war. I don’t think this is highly likely. He will have to pledge troops in support of South Korea but it’s not a good plan when you are going against an army of 9.5 million. Whether it’s nuclear war or not, there is no doubt that this war could only be won through the air. So why do we keep provoking this unstable young man?

I don’t know that Americans truly understand how much the North Koreans hate us. They are not taught to be open-minded about Americans. You can go to their official state-run news site any day of the week and find anti-American and anti-South Korean talk. Just let me give you a couple of blurbs from articles that were published within the last 24 hours:

“The U.S. forces in south Korea have been reinforced by troops equal to one division in one to two years. The U.S. is mulling steadily introducing ultra-modern war hardware into it. This is a very dangerous move to ignite a nuclear war on the Korean Peninsula at any cost.

The U.S. together with the south Korean puppet forces is busy staging the Key Resolve and Foal Eagle war maneuvers against the DPRK with nuclear submarines, B-52, B-2A and other strategic weapons involved, openly revealing its attempt to mount a nuclear attack on the DPRK.”

“The above-said plan is aimed to reinforce the U.S. military domination over south Korea and lay a favorable springboard to ignite a nuclear war on the Korean Peninsula any moment.

What is ridiculous is that the U.S. is talking rubbish that the plan serves as a way of reducing the possibility of a war on the peninsula.

The plan is nothing but a dangerous scenario for igniting an all-out war, prompted by the criminal intention of the U.S. and the south Korean puppet forces to start a new nuclear war on the peninsula at any cost.”

Again, this is their official state-run media. This is not some blog or political commentator with opinions.  That is not how it works in North Korea.

So where does this leave us? It leaves me the same place I am left every single day. I have a president whom I don’t trust, making decisions that effect the future of 300+ million Americans. I believe our government is obviously gearing up for the possibility of martial law (you don’t buy 1.6 billion rounds of ammo for target practice). In addition it is quite possible that nuclear weapons are already in the plan for use against North Korea.  It is possible that they have only been waiting for the right moment.

If that happens it could trigger the national state of emergency and roll out the red carpet for martial law. Maybe this is why they have been rushing to arm and train DHS.

I will say it once more . Under no circumstances can you give up your second amendment rights. This is not debatable. We have at least one maniac, and probably two, with their fingers on launch buttons and it doesn’t look like a peaceful or conventional solution is in sight.

Which lunatic will push the button first? That is my only question.

Might I offer a suggestion? No one knows how bad things might get or when it may happen, but we all have that suspicion, in the back of our minds, that we are seeing the end of America as we know it. We feel it. We see the DHS purchases. We hear the bold talk. We hear the rumors. We live in a time of uncertainty.

We decided to start a series of support groups to help people grow a local network to prepare for the worst. We are not planning any armed overthrow of our government. We are connecting people with others who simply want to be prepared for a SHTF situation. We are not a militia. Our group is about normal people who just want to have a support system in place. 20,000 people joined us in the first 7 days. If you would like to meet people in your area who share your concerns,  please join your local group today.