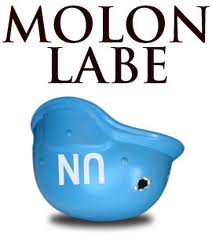 Since March Madness is in full swing and Obama was able to completely fill out his tournament brackets, I believe a basketball visual is in order. Barack Obama is galloping loose on a fast break with the wonderful athletic grace that only “The Big O” can display. There is  a quickening of his stride and growing determination in his eyes. As he powers toward the rack, from out of nowhere, Mike Lee rises like the Kraken and towers like Godzilla to slap the ball 20 rows up into the stands. Rejected Mr. President. A quick taunt from Mike Lee is in order as he waves his index finger to signal that you must come strong or not at all Mr. President.

It’s over. The fat lady is  in full chorus. As for all the basketball stuff? This is what happens when a blogger is deprived of sleep. So what on earth am I talking about?

On Wednesday Senator Mike Lee became the 34th co-sponsor of S. Con. Res 7, a resolution expressing opposition to the United Nations Arms Trade Treaty (ATT).  The treaty contains several troubling provisions that could prevent the United States from coming to the aid of its closest allies, as well as limit the constitutional rights of Americans.  Senator Lee was the 34th co-sponsor of the resolution introduced by Senator Jerry Moran of Kansas, which gives the opposition more than enough votes in the Senate to block ratification of the treaty.

“The United Nations Arms Trade Treaty is deeply flawed, which is why a majority of senators recently voted to stop the administration from continuing to push it,” said Senator Lee. “ I have great concerns that this treaty can be used to violate the second amendment rights of American citizens, and do not believe we should sign any treaty that infringes on the sovereignty of our country.  I am pleased to join 34 of my colleagues in signaling to this administration that the UN-ATT is a non-starter in the senate.”

As of Tuesday the resolution had 33 co-sponsors but it was Lee who officially put the final nail in the coffin. The UN-ATT requires 67 Senate votes to ratify and now the maximum possible number of votes in favor of the treaty would be 66. It is now officially a “non-starter.”

“The passage of a treaty that Iran, Syria, and North Korea have made clear they have no intention of abiding by will only serve to constrain law-abiding democracies like the United States,” Sen. Moran said. “The U.S. Senate is united in strong opposition to a treaty that puts us on level ground with dictatorships who abuse human rights and arms terrorists, but there is real concern that the Administration feels pressured to sign a treaty that violates our Constitutional rights. Given the apparent support of the Obama Administration for the ATT, members of the U.S. Senate must continue to make clear that any treaty that violates our Second Amendment freedoms will be an absolute nonstarter for ratification.”

We have seen this President pull rabbits from his hat before so I am not sure this is over. I don’t believe this will miraculously make it through the Senate but don’t be surprised if “The Big O” gets the referees to call a delayed foul. He always has a plan and that’s what scares us. We may not agree with the man but he is highly intelligent and may resort to unimaginable measures to try to take America’s guns.

Yesterday we reported that Steve Stockman has guaranteed a “blue slip” for the Senate gun legislation. That bill is dead on arrival when it reaches the House, if it reaches the House at all. Now we know that the UN measures can not possibly pass constitutional muster. Where does this leave us?

The only remaining way to take our guns is to declare a state of emergency and order martial law. Under martial law the constitution is suspended. Will Obama go that far? I think most of you know what I think. DHS is buying all of the bullets for something.

Have you joined “The Patriot Team” Project? We are organizing people all over the country. We are not a militia and we are not planning any offensive revolts against our government. We are simply providing people with a way to meet other like-minded individuals in their area. These contacts could come in handy in a real-life SHTF situation. Over 20,000 people joined us last week. Join the team in your area today.