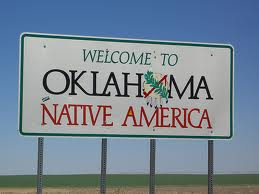 OKLAHOMA CITY, April 5, 2013 /PRNewswire/ — A delay in the implementation of a key provision in the Affordable Care Act (ACA) means small businesses workers won’t have all the health insurance options promised to them.

“Once again, the federal government has failed to follow its own rules,” said Oklahoma Insurance Commissioner John D. Doak. “I fear this is just the first in a long line problems caused by Obamacare.”

Beginning in January 2014, employees of small businesses were supposed to be able to choose from multiple insurance plans through the Small Business Health Options Program (SHOP). But this week, the Obama administration announced that the employee choice option will not be available until 2015. This delay impacts Oklahoma and the 32 other states that will have an exchange fully or partially facilitated by the federal government. The Department of Health and Human Services has determined that for the first year, the small businesses will choose the plan for their workers.

“Time and time again, federal health officials told us that all the provisions of Obamacare would happen on time.  Once again, we were lied to,” said Doak. “Unfortunately, this isn’t the first time Obama has broken a promise and I’m sure it won’t be the last.”

The U.S. House Small Business Committee has issued a formal request for more information on what caused the delay, which committee spokesman Darrell Jordan said will lead to less competition and possibly higher premiums for small businesses.