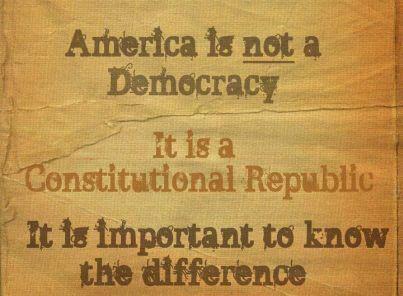 Well friends, according to Rush Limbaugh earlier this past week on his radio program it’s become official. We are living in a dying country!

Our United States languishes in this unparalleled vacuum of leadership that we’ve seen germinate & metastasize across our national landscape for going on 5 years now. Emanating from Washington with all the virulence of a malignant politicizing cancer. A cancer we know as Barack Hussein Obama. It’s obscene. Our economy is in ruins. We have 90 million American’s out of the labor force, with a current 7.6 unemployment rating that (in all likelihood given the patently established liars we’re dealing with in this President & members of his administration) is a false estimate put forth to aid our Liar-In-Chief’s bogus narratives as he works diligently to overload our system.

Our southern borders are unsecured & open to a host of threats to our national security & the safety of all American’s. Yet what does Obama care about the American peoples safety after orchestrating through his covert political maneuvering the release through Immigration & Customs Enforcement, thousands of criminal (“low-risk noncriminal detainees“, according to White House Press Secretary Jay Carney) illegal aliens across 4 states? We already know that members of the Mexican drug Cartels are operating brazenly deep within our country, but it’s the Aryan Brotherhood & the topic of a white supremacist prison gang that took center stage in recent headlines following the Texas shootings of Kaufman County Assistant District Attorney Mark Hasse back on January 31st, followed by the March 30th slayings of Texas District Attorney Mike McClelland & his wife Cynthia at their home in Forney, Texas & extending also beyond Texas into Colorado with the March 19th shooting death of Department of Corrections Director Tom Clements, who was fatally shot at his Monument, Colorado home by a suspect later reported to also have ties to the Aryan Brotherhood. While the Aryan Brotherhood has been implicated, they’ve apparently been relegated to the role of “enforcer” for Mexican drug Cartels, but HEY, it’s not about drugs. It’s all about white supremacy (wink*wink).

Then we have reports this past week of just how porous our allegedly secure southern borders really are as illegal aliens keep flooding into our country & with some even asking authorities where can they go to get their amnesty. While in other headlines we have the Communist Party USA calling for ‘Street Heat’ to push amnesty,  urging civil disobedience to ensure path to citizenship for illegal aliens.

Anti-Americanism running amok in our country is nothing new under this Chicago bred nihilist. But as American’s digest Limbaugh’s prognosis that our country is dying in the midst of this ongoing invasion of illegal alien’s accompanied along with this insurgency of murderous drug Cartels, we’re already intimately acquainted with the premium placed on American lives or any life for that matter by Obama, those in his administration, & his loyal sycophantic lap dogs in the liberal media. To me, Limbaugh’s prognosis is only one more in an unceasing chain of dreary events American’s find ourselves constantly in the cross-hairs of & inundated with every single day. Recently I’ve heard ominous warnings floating on Facebook that it’s only a matter of weeks now (6-8) before the DHS implements some grand strategy of civil roundups. This warning having allegedly been confirmed by entrenched sources stating that National Guardsmen stationed at Ft. Bragg are currently training DHS Agents in urban warfare. Apparently large metropolitan cities are going to be targeted. Is this an incontrovertible fact tho’? Who really knows.

I mean who can really know the factual basis for so many of these stories that crop up like weeds across the incorporeal acres of cyberspace? Between those & what we’re deluged with in the media, how much can a person digest until finding yourself having to throw the switch for awhile & just stepping away before burning out from too much information (with how much of that information even being useful)? In current headlines we have this tense situation with North Korea brewing. Will it amount to anything? Who knows. We have the latest Joe Biden pearl of wisdom calling for a one world government making the rounds in the Conservative media circuit. Then there’s the Weather Underground radical cop killer Kathy Boudin, making recent news as it was revealed her being both an adjunct professor at the Columbia University School of Social Work since 2008 & just this year receiving the prestige of being named the Sheinberg Scholar-in-Residence at NYU Law School. This information coming to light in advance of the release of Robert Redford’s upcoming movie centering on the Weather Underground called, “The Company You Keep”, loosely based on the armored-car robbery Boudin was involved with that resulted in the murders of two cops and a Brinks guard.

What do you even say in response to something as bizarre as that tho’? When I think of all the bold faced lies & slander, the false allegations & biased ridicule this liberal Progressive media & Democrat hypocrites shamelessly promoted against Conservatives & Tea Party members over these last few years. Then when we have genuine extremists like this Kathy Boudin & Bill Ayers, both of whom actively & willfully engaged in domestic terrorism that resulted in multiple deaths, they’re celebrated & granted Professorships. I guess it makes sense when you look at it from a twisted perspective given the sort of deranged people it is we’re dealing with & the decrepit morally barren standards they represent. Personally, I’m fed up with these ridiculous idiots & their selective brand of crazy devastating our country to satisfy their psychotic idiosyncrasies.

But the hit parade of outrage from these pukes just keeps on rolling & their latest released single will be guaranteed to give your blood pressure a boost….

In an excerpt from the above link, it goes on to say:

~”The U.S. Army listed Evangelical Christianity and Catholicism as examples of religious extremism along with Al Qaeda and Hamas during a briefing with an Army Reserve unit based in Pennsylvania, Fox News has learned.

“We find this offensive to have Evangelical Christians and the Catholic Church to be listed among known terrorist groups,” said Ron Crews, executive director of the Chaplain Alliance for Religious Liberty. “It is dishonorable for any U.S. military entity to allow this type of wrongheaded characterization.”

The military also listed “Islamophobia” as a form of religious extremism.

Where & when does all of this premeditated anarchy Obama & his fellow dissidents perpetuate end? Not in a good place I have a feeling. I posted a comment on my Facebook Page earlier today about the Military’s hate speech directed against Evangelical Christians along with the accompanying picture:

~”Yeah, ironic isn’t it that as the United States declines further & further, as the American people suffer under this fraud by design, Barack Hussein Obama aids our Islamist enemies, arms them with our own weapons, funds them with our own money, & enables the toxic influence of their Sharia law to spread throughout the Middle East. Oh & lets not forget either Obama’s ties to the Muslim Brotherhood whose insurgency into our government he has facilitated through his own administration! But yet those who belong to evangelical Christianity are the radicals in Obama’s America?? Man, just when you think it can’t get anymore ass backwards in our nation under Obama’s relentless assaults on our collective reason, rationality, & common sense. And the GOP establishment does? They do…NOTHING! I don’t know, but the writing on the wall seems pretty indicative to me & it spells out one word: TREASON!”~