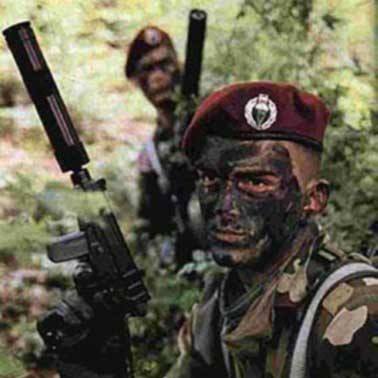 In an open letter addressed to The U.S. House of Representatives, and signed by 700+ retired Special Forces veterans, “Special Operations Speaks” is demanding that Congress form a select committee to investigate the attack on the U.S. Consulate in Benghazi, Libya on September 11, 2012. The entire text of the letter is below (minus the signatures).

Open Letter To The U.S. House Of Representatives

To:  Members of The U.S. House of Representatives

The undersigned are a representative group of some 700 retired Military Special Operations professionals who spent the majority of their careers preparing for and executing myriad operations to rescue or recover detained or threatened fellow Americans. In fact, many of us participated in both the Vietnam era POW rescue effort, The Son Tay Raid, as well as Operation Eagle Claw, the failed rescue attempt in April of 1980 in Iran, so we have been at this for many years and have a deep passion for seeking the truth about what happened during the national tragedy in Benghazi.

The purpose of this letter is to encourage all members of the US House of Representatives to support H.Res. 36, which will create a House Select Committee on the Terrorist Attack in Benghazi. It is essential that a full accounting of the events of September 11, 2012, be provided and that the American public be fully informed regarding this egregious terrorist attack on US diplomatic personnel and facilities. We owe that truth to the American people and the families of the fallen.

It appears that many of the facts and details surrounding the terrorist attack which resulted in four American deaths and an undetermined number of American casualties have not yet been ascertained by previous hearings and inquiries. Additional information is now slowly surfacing in the media, which makes a comprehensive bipartisan inquiry an imperative. Many questions have not been answered thus far. The House Select Committee should address, at a minimum, the following questions:

1. Why was there no military response to the events in Benghazi?

a. Were military assets in the region available? If not, why not?

b. If so, were they alerted?

c. Were assets deployed to any location in preparation for a rescue or recovery attempt?

d. Was military assistance requested by the Department of State? If so, what type?

e. Were any US Army/Naval/USMC assets available to support the US diplomats in Benghazi during the attack?

f. What, if any, recommendations for military action were made by DOD and the US Africa Command?

2. What, if any, non-military assistance was provided during the attack?

3. How many US personnel were injured in Benghazi?

4. Why have the survivors of the attack not been questioned?

5. Where are the survivors?

6. Who was in the White House Situation Room (WHSR) during the entire 8-hour period of the attacks, and was a senior US military officer present?

7. Where were Leon Panetta and General Martin Dempsey during the crisis, and what inputs and recommendations did they make?

8. Where were Tom Donilon, the National Security Advisor, Denis McDonough, his deputy, Valerie Jarrett and John Brennan during the attacks, and what (if any) recommendations or decisions did any of them make?

9. Why were F-16 fighter aircraft based in Aviano, Italy (less than two hours away) never considered a viable option for disruption (if not dispersal) of the attackers until “boots on the ground” (troop support–General Dempsey’s words) arrived?

10. Were any strike aircraft (such as an AC-130 gunship) in the area or possibly overhead that would cause former SEAL Tyrone Woods to laser-designate his attacker’s position and call for gunship fire support, thereby revealing his own location that led to his death?

11. Who gave the order to “STAND DOWN” that was heard repeatedly during the attacks?

12. What threat warnings existed before the attack, and what were the DOD and DOS responses to those warnings? What data (which will reveal exact timelines and command decisions) is contained within the various SITREPS, records, logs, videos and recordings maintained by the myriad of DOD, Intelligence Community and State Department Command Centers that were monitoring the events in Benghazi as they unfolded?

13. Why did the Commander-in Chief and Secretary of State never once check in during the night to find out the status of the crisis situation in Benghazi?

14. What was the nature of Ambassador Stevens’ business in Benghazi at the time of the attack?

15. What guidance has been provided to survivors and family members since the time of the attack, and who issued that guidance?

16. Why are so many agencies now requiring their personnel that were involved in or have access to information regarding the events that took place in Benghazi sign Non-Disclosure Agreements?

This was the most severe attack on American diplomatic facilities and personnel since the attacks on the US Embassies in Tanzania and Kenya in 1998.  Thus far, it appears that there has been no serious effort to determine critical details of this attack. This is inexcusable and demands immediate attention by the Congress. Congress must show some leadership and provide answers to the public as to what actually occurred in Benghazi. Americans have a right to demand a full accounting on this issue.

A longstanding American ethos was breached during the terrorist attack in Benghazi. America failed to provide adequate security to personnel deployed into harm’s way and then failed to respond when they were viciously attacked. Clearly, this is unacceptable and requires accountability. America has always held to the notion that no American will be left behind and that every effort will be made to respond when US personnel are threatened. Given our backgrounds, we are concerned that this sends a very negative message to future military and diplomatic personnel who may be deployed into dangerous environments.  That message is that they will be left to their own devices when attacked.  That is an unacceptable message.

The House Select Committee should focus on getting a detailed account of the events in Benghazi as soon as possible. H. Res. 36 will provide a structure for the conduct of a thorough inquiry of Benghazi and should be convened immediately.

Want to meet other Patriotic Americans in your area? Nearly 25,000 have joined us in less than 2 weeks. It’s good to have local contacts because we can not possibly know when things may take a turn for the worse. Be prepared by creating your own network of like-minded people. Join us today.