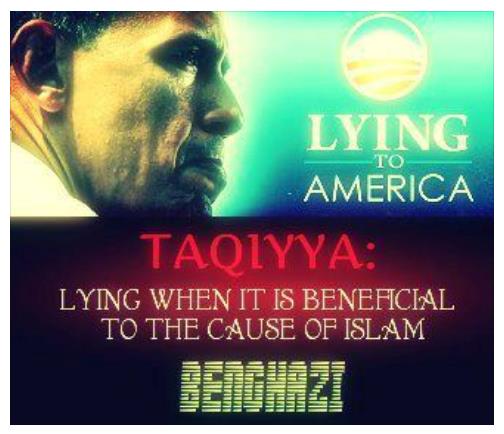 In the swift superfluous currents of today’s alternating news headlines that crest & swell with all the tempestuous rapacity of a raging river threatening to break the boundaries of its banks in a deluged torrent, as consumers standing along the shores of these conduits of mass information, we’re constantly beset with the oft times vexing task of sorting the relevant from the negligible. The genuinely news worthy from the frivolity of liberal bias driven crap.

As we sadly learned today about the passing of former British Prime Minister Margaret Thatcher at the age of 87 following a stroke, we were also reminded of another relevant headline having shown its intransigence by stubbornly refusing to fade into obscurity. A headline that needs only one word to tell the story: Benghazi! A scandal which, if it had occurred under a white Republican President, would have been given the same level of intense scrutiny & zealous persecution by those in this mainstream liberal media as Prosecutors gave in their overseeing the Salem witch trials of 1692 & 1693 in colonial Massachusetts. Yet such is the state of our nation today under Barack Hussein Obama’s derelict leadership, where Treason has become politically in vogue and epidemic on a scale unparalleled at any other time previously in our country’s recent history.

The controversy surrounding Benghazi should ostensibly outrage any reasoning rational American. Simply by the subsequently revealed circumstances & details slow in coming that we’ve since learned paved this road to the destination which led our U.S. Ambassador and 3 other American’s to their senseless deaths at the hands of Islamist terrorists on the night of September 11, 2012. The 11th anniversary of 9/11. I’m not sure which is worse however. The prevailing turbulent conditions surrounding the events of Benghazi & those leading up to it, or the clandestinely debauched political legerdemain willfully instituted by this President & those in his administration after the fact to disgracefully obfuscate these belatedly revealed circumstances and details as they reflected the egregiously absent leadership which has become a chronic hallmark of this Chicago heretics Presidency. As I’d stated in a previous Blog I’d written a few weeks ago on the subject in regards to reports at that time of Benghazi survivors allegedly being intimidated into silence by the Obama administration:

~ -When asked about Benghazi survivors, White House Press Secretary Jay Carney told reporters, “I’m sure that the White  House is not preventing anyone from speaking.”-

“A statement made as if the American people are expected to believe anything this President & those in his administration now have to tell us. As if we’ve conveniently forgotten their extensive pattern of established lies just in relation to the events surrounding Benghazi alone & their having engaged in a subsequent series of illicitly inept cover-ups to hide the facts & obscure the details of this attack. Cover-ups so poorly executed (convoluted with many conflicting accounts) that it leads one to speculate if these people weren’t already confident of their own immunity from any accountability that they simply didn’t care about how much effort they put into appearances.”~

And so it has been since the beginning. Only lies & deception from Obama & the fellow dissidents he commingles with. A disturbingly silent parochially biased liberal media. One Hearing after another, with no satisfactory outcomes except former Secretary of State Hillary Clinton’s notable January 23 testimony to the House Foreign Affairs Committee during which her notorious expostulation of, “What difference, at this point, does it make?”, made sweeping headlines across the country. 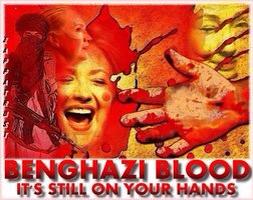 What a repugnant pathetic excuse for a human being. That Hillary Clinton is seriously being predicted and even promoted to top the Democrat ticket for the 2016 Presidential election is nothing short of incredulous given her overly exaggerated list of accomplishments as Secretary of State and with blood still fresh on her hands. I’ve read the various comments of her supporters at different sites in the past that just boggled my mind. These people express such a deficit of their own character & dismally low standards in their approval of this repulsive woman that it’s unnerving, yet typical of liberals. That said, all you really need to come away with in understanding this divisive controversy surrounding Benghazi to be able to put it in the proper context is to know that if Nixon hadn’t resigned, he would have been Impeached only for the crime of facilitating a cover-up. A cover-up involving the June 17, 1972 burglary of the headquarters of the Democratic National Committee in a Washington, D.C., office building called Watergate. What’s the one distinguishing characteristic that differentiates Nixon from Obama? Nobody died because of Watergate!

Now we have it being reported that 700 retired Military Special Operations professionals are urging Congress to support H.Res. 36, which would create a House Select Committee to investigate the deadly Benghazi terrorist attack. In an April 7th article at theblaze.com by Blaze columnist Erica Ritz titled, “700 RETIRED SPEC OPS PROFESSIONALS TO CONGRESS: FORM A SELECT COMMITTEE TO INVESTIGATE BENGHAZI”, an excerpt from this article goes on to say:

~“It appears that many of the facts and details surrounding the terrorist attack which resulted in four American deaths and an undetermined number of American casualties have not yet been ascertained by previous hearings and inquiries,” the letter states.  “Additional information is now slowly surfacing in the media, which makes a comprehensive bipartisan inquiry an imperative.”

The letter proceeds to list roughly 20 questions the retired professionals believe “at a minimum” need to be addressed.  Many are so straightforward that, reading them back-to-back, it’s stunning we still don’t have the answers.  The questions include:

It has already been speculated that Ambassador Stevens was responsible in overseeing a gunrunning operation out of Benghazi through Turkey, on to Syria and into the hands of  al-Qaeda linked Jihadist’s masquerading as Syrian rebels in that country’s ongoing civil war between forces loyal to the Syrian Ba’ath Party government and those seeking to oust it.

Most of us instinctively know there’s something not right about this whole spectacle surrounding Benghazi. Not only from the ensuing pattern of distorted lies put forth by Obama & his administration in its aftermath, but also when we look back over a corroborating history through a sequence of established scandals, controversies, racial division, and class warfare littering the trail of this surreal travesty occupying our White House pretty much since the onset of his Presidency.

Some of us already knew before Obama was ever elected there was something not quite right about this obscure Illinois Senator with his radical associations who possessed absolutely no qualifications, experience, or credentials and had no political accomplishments of merit whatsoever to justify his arrogant sense of entitlement to the highest Office of our land.

Now, just over 4 years and multiple scandals leading to multiple deaths later, we see how far color and corrupt Chicago style politics have gotten us.