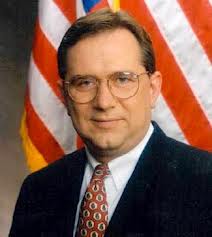 This morning we mark the loss of one of the greatest champions of human freedom, Baroness Margaret Thatcher, who as the United Kingdom’s first female Prime Minister led a nation out of economic misery and into a new age of strength and prosperity.

Baroness Thatcher created prosperity by rejecting politics of consensus demanded by her liberal opponents, which she derided as “the process of abandoning all beliefs, principles, values and policies. So it is something in which no one believes and to which no one objects.”  She believed in one thing, the power of human freedom to improve lives, create prosperity and renew a nation’s spirit.

She is still hated by leftists who would rather live in equalized misery than allow people to achieve as much as they can work for, leftists who now hold the levers of government in the United States and hurl personal invectives because they cannot deny she left her countrymen stronger and more prosperous.

While many mourn, Baroness Thatcher reminded us “I fight on I fight to win.”  The best way to honor Baroness Thatcher is to crush liberalism and sweep it into the dustbin of history. What are you doing this morning to defeat liberal politicians?