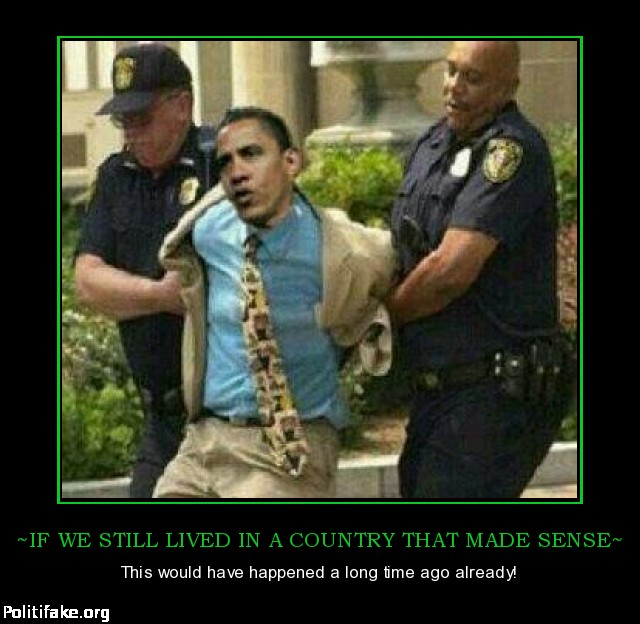 Immediately following the April 8th announcement of former British Prime Minister Margaret Thatcher’s passing away after suffering a stroke at the age of 87, the liberal Progressive ghoul’s populating the U.K. wasted no time at all scrambling from under their provincial rocks and scurrying out of their mouldy rat holes to take to the streets in their depraved revelry, celebrating the death of one of the most influential and pre-eminent women and political figures of the 20th Century. Revealing to the world a stunningly unvarnished and ghastly look into the dissolute souls of your garden variety liberal AND Progressive. Shamelessly remorseless the euphoric glee of these demented parasites is vividly detailed in the proceeding excerpt from the April 9th, 2013 theweek.com article- “Celebrating Margaret Thatcher’s death: Utterly disgraceful, or totally justifiable?“:

~”Unseemly street parties have erupted in the U.K. as Britons who thought Margaret Thatcher was evil celebrate her death. Many working-class Britons blame the former prime minister’s conservative policies for inflicting suffering on people struggling to get by, and seven police officers were injured in Bristol when violence broke out at one of the spontaneous parties that erupted on the news that Thatcher had passed away Monday”~

And again from another online news source, The Telegraph, we have the following April 9th excerpt under the headline banner, “Police injured and arrests made as hundreds ‘celebrated’ death of Margaret Thatcher -Police officers were injured and arrests were made as hundreds held parties “celebrating” the death of Margaret Thatcher-“:

~”In Bristol six officers were injured as they tried to break up a gathering of around 200 people and were pelted with bottles and cans. One officer remains in hospital and one person was arrested for violent disorder.

In Brixton smashed widows and looting of shops was reported as two women were arrested on suspicion of burglary.

More than 100 people gathered in south London suburb – the scene of fierce riots in 1981 just two years into her first time in office. Some scaled the nearby Ritzy Cinema and changed the film listings to read “Margaret Thatchers dead”.~

Then we have the following documented footage to further illustrate this enormous deficit of character willfully exhibited by these morally destitute gutter dwellers:

Reprehensibly delinquent beasts aren’t they? This behavior is nothing that surprises me anymore, but it still isn’t any less repugnant when you see a collection of alleged human beings behave with all of the social graces of fiends. This IS what liberalism and Progressivism ultimately is though! This IS who liberals and Progressives truly are at their core. Make no mistake of that. And it doesn’t matter if they’re in Britain or here in the United States. Geography and the separating span of the Atlantic Ocean doesn’t change or alter the ideological genetic makeup of this disease.

Look at what we have here in our own country. The Occupy Movement whom the complicit duplicitous mongrels in the liberal media virtually canonized as they sought to flagrantly demonize and marginalize the Tea Party Movement. Labor Unions who, when they can’t subvert & corrupt a political system to advance their agenda such as we saw in their recall efforts of Wisconsin Governor Scott Walker, run amok in malevolent mobs thinly veiled as protests and demonstrations. Spurred on and inspired by incendiary rhetoric such as that spoken by Teamsters President Jimmy Hoffa Jr. back in 2011 in his call to arms against the Tea Party upon his declaration of, “Let’s take these son of a bitches out”, at an Obama Labor Day event.

But we’ve all been informed and acquainted extensively over the years about the relativistic psychology, politics, means, methods, and objectives of these subversive dissident’s from the likes of Michael Savage, Glenn Beck, Mark Levin, and Rush Limbaugh. We’ve seen these nihilistic agitators in action for ourselves too. They’ve instituted with malicious intent the seditious tenet of political correctness into our culture, decimating our society with its entropic influence, devastating our national landscape with its pervasive piecemeal ascendancy. Paving the path for the eventual insurgency of this abomination in the White House currently plaguing our nation. Now we find ourselves at a time in our country’s history where the keys to the asylum have literally come into the hands of the inmates. Along with all of their ensuing deranged insanity that statement implies.

They’ve infiltrated our schools. Our media. Our entertainment. Our politics. They view our children as communal property of the collective while we have entrenched deviants of Planned Parenthood laboring with all of the enthusiasm of child predators under the masquerade of education in their classrooms to hook children as young as “Kindergarten age” on sex.

As a parent myself, just on that basis alone any concept of civil discourse with degenerates like this goes out the window. How do you even find a basis for civility when confronted with such evil? With perverts who prey on your children?! Yet despite this they persist! Emboldened, brazen, and (much like their beloved leader denigrating our White House) seemingly immune from any accountability for their sick licentiousness. Like I’ve said before, Treason has become epidemic in our nation under Barack Hussein Obama. The United States declines further and further into entropy under the withering pall of Obama’s relentless influence, as American’s have perished in a calculated drought of leadership, and our enemies flourish throughout the Middle East and in our government with his aid and support. Evangelical Christians and Catholics have become redefined now as “Religious Extremists“, but if you say anything disparaging about Islam then you can be accused of inciting “hate speech“. The fundamental distortion and inversion of reality in our country by this nonsensical mad hatter has been both profound and catastrophic in such a short period of time. America is being perpetually waylaid by this chronic travesty and with no end in sight either for the next four years.

As evidenced too by their decrepit sense of obligation to their Oaths of Office, the people have no defense forthcoming from the corrupt GOP establishment RINO’s. I’ve said that many times before too. We cannot rely on a dictatorship of autocratic ruling class elitists who have reduced our government into the antithesis of every principle our great nation was founded on! While our Department of Homeland Security stockpiles billions of rounds of hollow point bullets and thousands of light armored mine resistant vehicles and this TSA Gestapo targets and harasses American civilians while turning a blind eye to those who pose the real threats to our national security and safety.

It is all absolutely surreal. Surreal, galling, and infuriating! People, we literally have enemies of the state not just at the gates anymore. Those gates have been breached! I do understand how melodramatic that sounds initially. But when you step back and examine everything we’ve experienced as a country under this forgery in our White House, when you examine the degree of demagoguery and subversion against our Constitution and our inalienable Rights, the unparalleled racial divisiveness, class warfare mongering, and persecution of American citizens by this rancorous saboteur and those subordinates of his administration, the truth of these matters couldn’t be any more self-evident. Yet so long as we continue granting ridiculous credibility to traitors and permit them to advance a treasonous narrative, this battle will be lost. As long as we continue having to give defense of our Rights to those seeking to subjugate and subvert those Rights for their own political expediency rather than our holding those who threaten our Rights accountable and ridding ourselves of their threat, this battle will be lost.

There are those who misguidedly assume a euphemistic “high road” approach in dealing with these militants. That’s their prerogative. I use to think that way. Not anymore. The deviant appetites of these zealots are insatiable & will never be satisfied until they’ve consumed everything! You just cannot reason with certain kinds of Crazy!

Our country needs to get back to basics in understanding the imperative for identifying exactly who our enemies are without disseminating and diluting that awareness through the self-emasculating prism of political correctness. We must reconcile ourselves again with the reality that sometimes the necessity of self-preservation requires us to confront these unrepentant transgressors with extreme prejudice because they’re doing no less to us every single day! They’ve made deep inroads into our government! our society as a whole for that matter. You only have to look to the White House to understand just how far they’ve succeeded. They’ve ratified unConstitutional legislation they told us they needed to “pass” just to know what was in it. What type of  legislating is that?! I mean besides being corrupt and insolent. We knew before it was even passed the economic and fiscal scourge Obamacare was destined to become. We knew, but the will of the people was dismissed by these tyrannizing oppressors and now we’re seeing the warnings of that scourge become reality.

There is no respite in the foreseeable future for the American people in this escalating fiasco of Obama’s ruthless Jihad and unyielding continuation of manufactured crisis’s. That in and of itself is chilling when you contemplate what Obama has been allowed to get away with so far. When you tally up the body count of how many innocents have literally lost their lives throughout his first term due to his corruptly absent leadership by design.

It’s chilling when you realize this contemptible man has four more years to further his thinly veiled treacherous ambitions. To further his devitalizing, debilitating, and dividing our country.

Four more years of Obama and the masses of Useful Idiots he inspires and encourages.