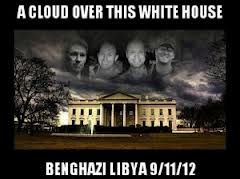 WASHINGTON, April 11, 2013 /PRNewswire-USNewswire/ — On the 7 month anniversary of the attack in Benghazi that cost the U.S. Ambassador, two former SEALs and another U.S. diplomat their lives, OPSEC has released a new video titled Benghazi: Unaware, Unresponsive & Unaccountable that highlights the discrepancies in the Obama Administration’s account of what happened and the many questions they have failed to answer.  The video calls on Americans to contact their Member of Congress and urge their support for the creation of a select committee in the House of Representatives to consolidate the disparate committee investigations to better get at the answers to what went wrong in Libya on April 11, 2012.

“The four Americans who died in Benghazi knew they were serving their country in a dangerous sector of the world.  Like the countless others before them they put their lives on the line so we might stay free.  Our fellow Americans who serve us must know they can count on our support when our enemies strike,” the video states.  “To paraphrase President Lincoln we must resolve to learn what we can so that these Americans did not die in vain.”

The approximately 8 minute video is being distributed through a nationwide digital marketing campaign.  Benghazi: Unaware, Unresponsive & Unaccountable uses video of Obama Administration officials’ testimony, direct interviews and news accounts to underscore unresolved questions about why the Administration ignored requests for additional security from Ambassador Stevens, failed to use available military assets to respond to the attack and has stonewalled efforts by Congress to learn more about its actions before, during and after the attack.  Viewers of the video are encouraged to contact their Member of Congressand ask them to support H. Res. 36, which would establish a select committee to investigate and report on the attack on the United States consulate in Benghazi, Libya.

“The public has been stonewalled,” the video declares.  “It is time to create a select Congressional committee to investigate Benghazi.  The American public deserves answers.”

Benghazi: Unaware, Unresponsive & Unaccountable follows OPSEC’s release last year of Dishonorable Disclosures, a documentary short film that criticized the Obama Administration for the rise of politically-motivated leaks of Intelligence and Special Operations missions, tradecraft, tactics and capabilities.  Since its release less than a year ago, Dishonorable Disclosures has been viewed more than 5 million times.

OPSEC is a non-partisan grassroots advocacy organization of former members of Special Operations Forces and the intelligence community. OPSEC is focused on protecting US Special Operations Forces and national intelligence assets from political exploitation, misguided policies, and intentional misuse of classified information, all of which expose them and their families to greater risk and reduce their ability to keep Americans safe.  More information about OPSEC can be found atwww.OpSecTeam.org.